GREED--WILL IT DO US IN? 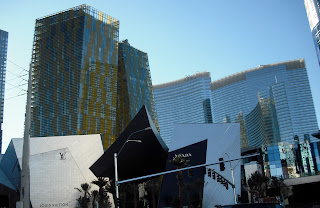 There are scientists who believe there are other life forms in the unfathomable universe.  Some are concerned that although they believe there has to be intelligent life it is suspicious that nothing has reached our attention.  Some speculation is that when a civilization reaches a certain point they self-destruct.  Who knows?

Our problem is right now on the one planet we are living in.  To many observant people it seems there is a self-destructive mechanism in effect.

Mankind (together with women) has progressed in scientific awareness and in wealth, but is there a limit?

Greed is a problem we can all point to in others.   Most of us in the 99% think that if those greedy rich people weren't so selfish and dishonest the rest of us would enjoy life a lot more.  We hear the rich denigrating the laziness and entitled feelings of the rest of the population.  Could there be truth in both assertions?  I think so.

At our core the goal of all humans is to seek pleasure and avoid pain.  This has been necessary for survival and to be fruitful.  Having climbed up from the brutal realities of our primitive beginnings we still retain our core.  Now we have different tools, different awarenesses and very definitely different circumstances.

It is true the world can be divided between leaders.  In the early days there were more constraints on the leaders.  What is a leader, but someone who gets other people to do things that the leader wants and that pleases them.  What is a follower but someone who delegates some responsibilities to a leader so that they as followers are free to enjoy what they can and avoid what they don't want.  Another perspective on leaders and followers:  http://www.therealjohndavidson.com/2014/07/selected.html

Despite all the individual freedoms we value we have attained progress through groups.  Controlling the groups has been by definition a skill developed by a limited number of people.  But in essence the leaders are those who have been best at harnessing the skills and labours of the group.  Now we have been evolving towards a global village.

Inequalities have always been with us, but the Global Village is more unequal than in any one country.  At the same time global threats are more serious than ever.  The Global leaders are more powerful than ever and have their own agenda.  Power is more complicated in modern times  The leaders are by no means totally united and in fact there are extremists who are able to threaten the rest of us.  The invention of the inter-net has given power to the billions who have access to it.  The power of information flows across the globe and secrets that were easily hidden from the hoi polloi are very accessible so that people can make more informed decisions.  But technology and psychology enable those in power to manipulate opinions in many ways.

It does boil down to a mix of power and greed that is threatening our future.  Nuclear weapons mean that a small number of people by a mistake or deliberation can obliterate the rest of us--certainly put any survivors into a new Dark Age.  There are other weapons of violence including chemical, biological and technological.  Ideologues, vain and egotistical are eying these weapons or the threat of these weapons as a way to impose their will on the rest of us.  But we are doing other things by neglect--is climate change a threat--scientists overwhelmingly say it is so, but those whose power is based on fossil fuels use their resources to assert otherwise.  Pollution is tolerated because it helps a few rich people.  Poisoning our food supply is accepted as fewer and fewer control this vital resource.

Capital is globalized in that investment money can be shifted in seconds, factories can be relocated easily, workers easily replaced to get the lowest wages and avoid stifling regulations.  Workers for the most part are not globalized--it is true many can move if they have a lot of talent, but if they are relatively unskilled they are hampered by the expense of re locating, and legal barriers.  Politically the average voter has little power even in their own jurisdiction.

The desire to amass more money than any one person could spend in a lifetime appears to have more power than the long range interest of the vast majority.  At the same time as they are using psychology and technology to manipulate people into spending more than is prudent, Business owners are trying to lower costs of goods and services.  It seems like the purpose of the majority is to enrich the few.  An irony is the necessity of an income source to spend.

Those who have power use that power to maintain and boost their position in life.  Power and wealth doesn't end with one life, but is passed on in as controlled a fashion as the leaders can arrange.

Followers seem to value their own comfort more than protecting the rights of others. It is true that either in the voting booth or with armed combat the followers could displace corrupt greedy leaders, but there is a lot of risk.  Risk of failure is perhaps not as high as risk of embarrassment or jeopardizing their own comfort levels

I remember reading Ayn Rand who argued the virtues of selfishness, and went on to suggest that long term thinking is really more self serving than short term.  As one example of a problem is the tendency for investors to value quarterly results is that manipulation is increased at the expense of long term strategies.  We (as investors or followers) aren't valuing long term thinkers so in effect the leaders see an opportunity to manipulate us for their benefit.  You cannot legislate greed away, but hopefully more people can be induced to long term thinking.

The whole world seems to have been on a credit card binge.  At the lower end we find ourselves wanting things we had never thought of before and finding our fantasies can be fulfilled.  At the top end politicians learn to get elected they have to make lots of enticing promises.  Owners of businesses find that in order to be competitive to the consumer  they use automation, outsourcing and disrupting union efforts.  We get trapped by our short term thinking.

When things go out of whack and the logical thing is to make cuts, we can't bear it. We think someone else should bear the pain.  Humans can accept some sacrifice as long as they aren't the only ones suffering.

When we all realize we are inter-connected we can better co-ordinate our efforts to solve problems.

The greatest danger might be weapons of mass destruction.  We need leaders that can work together. We need to understand and tolerate a much wider range of views in the world.  Choices made at the lowest levels do impact higher levels.

Unlike our cave dwelling ancestors we can no longer take the environment for granted.  Now that there are billions of people inhabiting the planet and generating previously unimagined amounts of waste we need to realize we are impacting the environment and making it a less healthy bubble. Followers can lead by example and leaders can study in greater depth and set examples as well. Reaching across and understanding differing attitudes we can make improvements for all our benefit.

A core problem relating to the environment is over population.  A delicate issue to be sure.  We have learned  key factors include education of women and urbanization.  These two factors have proved themselves so powerful that we have to be concerned about declining population in some parts of the world.  This issue requires study and monitoring.  There is danger of unexpected consequences such as gender based abortions, policies with underlying racist motivation etc.

A planet teeming with billions of pleasure seeking hedonists is not my goal or purpose nor do I favour a few at the top treating the rest of us as slaves.  The most critical goal is for everyone to have a sense of purpose that can be synergistic.  Traditionally that goal has been attempted through employment.  We work to make useful things or provide helpful services for other people and are rewarded.  Automation and technology have been used to reduce the need for human labour and thereby limiting the number of opportunities for a sense of purpose. Violent revolutions occur when enough people lose their sense of purpose.

To make life meaningful for more people (which is a higher goal than just creating wealth) everyone has to rethink our past.  Work as we have known it is not likely to disappear, but with fewer man hours required it might make sense to spread it around.  There has been a trend from making things to providing services that has been recognized by tax authorities.  This trend can be accelerated if we would acknowledge a few things.  Knowledge of all kinds is desirable so one possibility is to turn more of us into teachers not just learning job skills, but also life skills.  Ignorance of the world is still profound and tourism if it could be made easier could provide more employment.  A big opportunity would be organic farming.  Get away from factory production of food with chemicals, heavy equipment and forced low wages--it would be more expensive, but that means more people could have a more significant income and we would all eat healthier food and live in a more sustainable environment.  Green jobs in general lead to healthier people and are often more desirable jobs.

Each individual has to realize they do have power.  They need to understand the long range consequences of their decisions.  Education is part of the solution.
Posted by John F Davidson at 6:52 AM