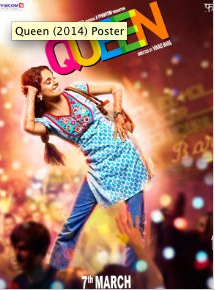 Researching through the international movie database, IMDB  Kangana Ranaut has appeared in a fair number of poorly rated movies in leading roles.  On the other hand after watching her in a few of her better acclaimed movies she shines through. There is some glamour about her, but also a wide range of emotions often displayed very subtly.

Actors do not always control their destiny.  Speculating I assume she was pushed into some roles to keep her career moving forward.  Being too selective might mean you are unemployed.

Her first movie was "Gangster" in 2006. which I have not seen, but is worth seeking as it is well rated.   In the same year "Woh Lamhe" was released where she played a schizophrenic actress
dealing with a controlling man.  She deteriorates under the pressure.

"Life in a Metro" came out in 2007 and to be honest when I first saw the movie I was not really conscious of her role, but re-visited and identify it as a difficult one playing the mistress of her boss who is married to her room-mate's sister and has suicidal tendencies.  She eventually finds true love with the main protagonist played by Sharmon Joshi who rented out his apartment for financial and career reasons.

"Fashion" was released in 2008 set in a competitive world of fashion models.  Priyanka Chopra led while again Kangana played a difficult rival with psychological problems.

"Once Upon a Time in Mumbai" Kangana plays a glamorous Bollywood star who mixes with a notorious gangster and handles it well.  Ajay Devgn is her leading man.  Released in 2010.
.

A comic role in "Tanu Weds Manu" with Madhavan playing a non resident Indian returning to find a bride. As you might expect she is difficult to pin down.

"Queen" came out in 2014 and what a change.  Kangana is de-glamorized and at the beginning her character is humiliated by a last minute rejection by Rajkummar Rao just before a scheduled wedding.  She decides to go through with the honeymoon travels and suffers the trials of an unsophisticated traveler in Europe.  She meets up with a group of odd characters in strange circumstances and grows. This has to be one of the most revenue generating movies for a women centric movie.  She is the big reason and will deserve the awards I expect her to win.  One of the more enjoyable movies of the year.

"Krrish 3" was  a high budget film that came out in 2013.  She plays an evil shape shifter, but steals the role of hero's wife and feels emotions never felt before.  Priyanka plays the wife to Hrithik Roshan (whose father wrote and directed the movie).

A primary goal of every actor is to be selective, to perform in roles that are satisfying to oneself.  Kangana is headed that way and not only will she benefit, but so will her audience.
Posted by John F Davidson at 12:57 PM