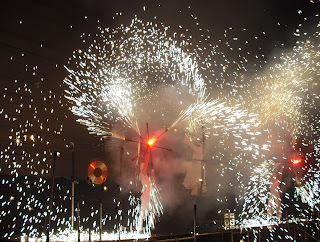 Donald Trump likes to project himself as unpredictable supposedly making him a better negotiator.  There might be some logic to that, but in truth it is more complicated.

In the world of sports we root for our team, but would soon lose interest if the outcome was totally predictable.  As a youngster I enjoyed watching my home town lacrosse Oshawa Green Gaels win pretty well every game I saw by a large margin.  I still appreciated the skills involved, but it became increasingly boring to watch.  Taping live events and watching later has the danger of spoilers.  Concern over the outcome is part of the excitement.

Movies and television shows are determined before we decide to let them entertain us.  We all have preferences, but over time these preferences can be modified.  Sometimes the ending can be fulfilling, other times you feel cheated and other times mystified.  Surprises can do all those things.  Do you like happy endings?  Do we predict a mood from how it is resolved.   IMDB values its readers enough to insist upon spoiler alerts.  Awhile back I did a post of movies from both a producer and consumer perspective. http://www.therealjohndavidson.com/2012/09/predictability-and-enjoyment-of-movies.html

The stock market doesn't like surprises and will often react very quickly on a rumour, but sometimes can be reassured.  Smart investors are those who buy low and sell high.  A panic can put prices down very quickly.  Euphoria can put prices up unrealistically high.

Our lives are consumed mostly by habits and routine.  You get up, go to work or school for so many hours eventually getting off to enjoy some familiar activities.  Family and friends for the most part are supportive and reliable.  Disrupt that routine and we can become anxious or even depressed.  Long term we anticipate many of life's milestones with many being looked forward to and a few maybe dreaded.

It is true that being unpredictable can throw off your opponents.   Sometimes pleasant unexpected events can boost our spirits and make us more agreeable.  You do better if you can accurately predict the reaction of those you interact with.  Some people avoid confrontation and although one might think they have been defeated, the collateral damage can be unpredictable.  Good will has to be earned.

The photo comes from a performance by Circus Orange.  I predict they will put on a good show, but they manage to find a way to do something unpredictable every time I am lucky enough to see them.
Posted by John F Davidson at 12:03 PM