ARE PEOPLE CATCHING ON TO TRUMP? 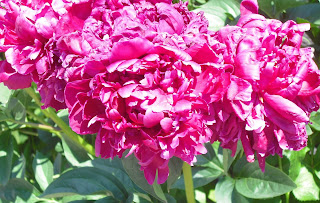 Polls indicate the level of satisfaction with Trump is declining, but there is still a very hardcore support base and he is backed by a majority Congress who are working on their own agenda.  The Supreme Court and lesser courts have been tilted conservative.  The Republicans have survived special elections, however with a reduced majority.

Perhaps I am too much an elitist snob, but I cannot understand why his manner of speaking and behaviour doesn't turn off everyone.  Boasting, especially about the trivial as well as important things all by itself should turn off most of us.  Exaggeration is offensive.  His lies are easy to catch and are getting commoner.  Egotism does not work well with Commander in Chief.

The Russian thing.  Maybe he was just the beneficiary of Russian efforts, but the contacts that we know about are very suspicious.  He has associated with Russian mobsters.  I read many months ago and confirmed more recently that the only Republican planks asked for were to do with lifting Russian sanctions.  They show little concern for Russian efforts to undermine the American elections--perhaps they just don't care now that they won with or without their help.  Vicious false stories took away from Clinton's platform.

Trump University illustrates how he looks at the masses.  Apparently he was willing to pay about $25 million dollars to shut the complainers up.  Ordinary people are just opportunities to squeeze more money while providing little value.  He complains about a meanness in the Affordable Care Act revisions, but has demonstrated plenty of his own disinterest in the welfare of his constituents.

This was not meant to be a litany of his many misdeeds. Unless you are illiterate you have had plenty of opportunity to learn about the blatant misdeeds of the Trump administration.  It is not just that Trump is terrible by himself, but he has enabled the minions of the 1% to start dismantling and reversing strategies beneficial to the rest.  He is influenced by despicables and tries to enlist their followers  in his cause.

As a foreigner I am not impressed. He did play the electoral college rules better than Hilary, but the rules originally were set up to protect slavery and do not reflect reality today.  Too many opponents voted third party or stayed home.  Who knows what the investigations will uncover, but there was plenty of evidence before he was elected.  Enough said.
Posted by John F Davidson at 1:55 PM