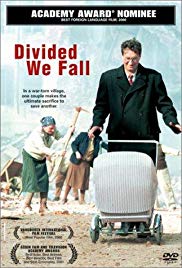 Never thought much about movies from the Czech Republic then saw two enjoyable movies in quick succession:  "Kolya" and "Divided We Fall"  Earlier had been impressed by "Protektor"  And then I realized a top American director, Milos Forman got his start in Czechoslovia as it was known then and maintained some ties.

Jan Hrebejk, directed "Divided We Fall"( (2000).  It was  based on some experiences he had been told of a Czech couple who hid a Jew and decided to collaborate with Nazis as a cover (which made neighbors upset and anxious).  The Czech title translates to "We Must Help Each Other," Jan felt the actual title was more appropriate.   Vaclav Havel, president of the Czech Republic was given a cameo role in "Up and Down" (2004).  Did one Slovakian film "The Teacher" (2016).

A writer who often collaborated with Jan Hrebejk is Petr Jarshovky.  Co-writing   started with his first film, "Let's All Sing Around" (1991) and continued to "Up and Down" (2004)and "Divided we Fall,"  and "The Teacher." (2016 Slovakian script)  Petra wrote the script for another top movie, "Zelary" (2016)  Mostly it seems he writes for tv series in the Czech Republic.

"Kolya"(1996) was directed by Jan Severak and won the 1997 Oscar for best Foreign Film.  Jan had been noted in 1988 by the Student American Academy and in 1991 for his first feature film "Elementary School" for best foreign film.  He had rejected offers to direct several American films.  His father Zdenek Sverak has had a long career as both actor and writer.  He wrote the script and was the lead actor for "Kolya."  Altogether IMDB lists Zdenek with 47 credits for writing and 54 for acting.

"Protektor" (2009 ) directed and co-written by Marek Najbrt was set in 1938 Czechoslovakia as Germans taking over Sudentanland.  A Jewish actress is protected by her journaiist husband joins a propaganda organization.  Their relationship is affected by the Nazi occupation and we learn they are not really hero types.  The movie is very well done demonstrating the effects of the Nazi occupation and drive towards the Holocaust.

Milos Forman's parents were imprisoned for co-operating with the resistance against the Nazis.  His mother died in Auschwitz and his father in Buchenwald.  Milos studied film in Prague.  In 1964 he directed a comedy, "Black Peter" and later "Loves of a Blonde"(1965). "The Fireman's Ball" (1967) was uncovered as critical of eastern Europe and banned for several years in Czechoslovakia before getting a Cannes nomination.  Milos appeared as an actor in a French film, "Beloved" (2011) 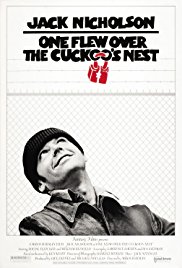 At about the time of "The Fireman's Ball" Milos was visited in Prague by Kirk Douglas who had just bought the rights for "One Flew over the Cuckoo's Nest" from a book by Ken Kesey.  He arranged for a stage play to be written and starred in it taking a huge pay cut.  He was impressed with Milos and promised to send the original book, but Milos waited in vain for it.  Both thought the other had let the other down, but the book itself was stopped by customs and censorship.  Years later Michael Douglas sent him a copy.  Michael and fellow producer Saul Zaentz could find no major studio willing to finance the movie so decided to do it on a low budget.  Milos was heavily involved in the casting.  Most of the cast were low budget, but Milos decided to wait six months to get Jack Nicholson.  He also persuaded people he met on setting the site to take roles.  He worked with writer Bo Goldman on the script.  Milos liked to run the camera even during rehearsals.  He was noted for always demanding "it must be real." "One Flew over the Cuckoo's Nest" (1975)on 5 Academy awards including best director. 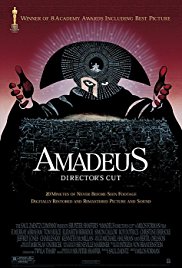 I recently watched "Amadeus" (1984) for a second time many years after the original theatrical release.  It is not a biography of Mozart so much as a morality play, but it is wonderful in conveying how a composer can go from a simple idea to the executed product.  Filmed across Europe, but mostly in Prague.  The actual events were almost certainly different from the portrayal.  Milos had been restricted from visiting his native country, but was welcomed--still under Communist dictatorship.  A second Oscar for Milos.

Worked with Czech cinematographer for many of his films Miroslav Ondricek, born studied and died in the Prague both when it was Czechoslovakia and later as the Czech Republic.  Did 7 feature films with Milos Forman and 2 documentaries.   Starting as camera assistant and second camera operator his first job as a cinematographer was with "Audition" in 1964 with Milos Forman.  Also worked on a Polish film, "Hotel Pacific."  He was nominated for an Oscar for "Amadeus" and " Ragtime."  Also noted for "A League of Their Own" (1992) and "F/X"(1986)

Hana Brejchova, at one time a sister in law to Milos Forman was lead actress with "The loves of a Blonde"  Later she had a role with "Amadeus."

The Czech Republic film industry is fairly active, but not a lot of distribution in Canada compared to other European countries.  With Milos Forman, Czech training has helped transform American movies.

As usual I bolded the movies that I was lucky enough to actually see.
Posted by John F Davidson at 6:48 AM