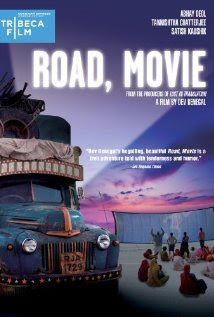 For many North Americans their experience with Bollywood consists of stumbling on a movie while playing with their remote tv control. They might come across something that gets their curiosity such as frantic staged musical dance scene or maybe some improbable wild action. After their initial curiosity subsides they get back to their regular program (which they might have left at a commercial break or between quarters) and mostly forget about the weird interlude. When they think about it they mostly think those other people sure are strange.

India's population is much bigger than Canada and the United States combined and produces many more movies. The masses tend to fall into a general patterns. In North America we not only cater to our masses where the chance to make the most money is, but because we are so sophisticated (in our minds at least) and diverse we also have what might be called art films or serious films. So does India.

They really do have some sophistication and some diversity (several languages spoken by more people than the whole population of Canada) and film makers are able to find an audience for a different brand of films. They also have an immense audience around the world because of the Indian diaspora. More than that they have attracted the attention of millions more of non Indians in Africa, Asia, Europe, Latin America and even North America.

I would like to suggest a few movies I have enjoyed that don't fit the Bollywood stereotypes and might help provide a bridge for others.

The first, "Dor" was brought to my attention by @bollywoodfanmia who is a non Indian living in Oregon. There is music in it, but not the dance sequences you saw while channel surfing. Actually there is a short snippet of dance, but it is similar to someone singing in the shower and really adds to the story (a pleasant memory leading to guilt feelings). The story is based on two women (the romance is dispensed with at the beginning). They come from different parts of India, of different religious backgrounds and have a conflict that only one of them is conscious of for most of the movie. More importantly they share a woman's perspective in a world not fair to women. The drama makes a point including that things may be changing and that human spirit can overcome all sorts of obstacles. Coincidently shortly after viewing this I came across another movie by the same writer/director, Nagesh Kukunoor and enjoyed it, but wish to discuss it in another blog. I am turned on by the director/writer and have reserved a third movie at the library. Learned of a most recent effort that will soon be ready. Not a prolific writer/director with the big budgets, but with a message for the world.

Another movie I would suggest has a familiar story to it, but with a twist. Many of you may have seen the movie, "The Miracle Worker", the story of Helen Keller. An Indian producer took the story and put a twist on it and called it "Black" as that is how the heroine knows the world. This version is mostly in English with a few subtitles that will make it easier to identify with. The two main actors, Rani Mukerji and Amitabh Bachchan are each very good (if you see them in other more typical Bollywood movies you will be amazed at their versatility). Music plays a role, but more background. In some places it is certainly melodramatic and creates a mood that resonates with the dramatic message. One scene uses music in an unexpected way. Blind and deaf the heroinne lets us know she feels music and that is uplifting. The movie illustrates the strength of the human spirit.

"Road, Movie" will give you a different concept of India. We see India as mostly big poor cities (with rich enclaves) or villages based on agriculture or mountainous regions. This movie takes us through a desert. The movie shows a maturing process. The hero played by Abhay Deol is a youth unhappy with his lot in life (does that some familiar?). He grabs an opportunity to drive an old truck through the desert to the ocean where his family can get some compensation and he can get some boredom relief. Along the way he picks up some unusual company that affects his view of life. A young boy, an older man with mechanical talent and a younger gypsy woman. They discover an old film projector and some movies. As one character says, movies have the ability to take away "life's pains" at least temporarily. You see some clips that you might recognize as early Bollywood successes. There was also what I thought was an American or European silent comedy clip. Indeed you see an outdoor audience laughing and enjoying the entertainment. You also see a change in the hero's outlook.  Two actors that usually play character roles were Satish Kaushik and Tannishtha Chatterjee.

I am as guilty as anyone of stereotyping. When dealing with "weird" outsiders it allows us to comfort ourselves with our superiority and an excuse not to waste time trying to understand things that just aren't worth the effort. I have come to enjoy some of what might be considered Bollywood stereotypes, but appreciate even more that there is a diversity with much of value to anyone willing to make the effort to explore.
Posted by John F Davidson at 6:14 AM