HAMILTON (Ontario) WAS NOT MY FIRST CHOICE

Thinking back a few years it is really quite remarkable that I live in and love Hamilton, Ontario. 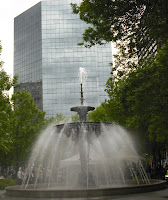 My vague awareness of Hamilton while growing up was negative.  I grew up in Oshawa which in some ways is similar.  While Hamilton was known as Steel Town, Oshawa was pretty much a General Motors town.  Although I was not too conscious of it both were towns had a heavy union influence. Both were on Lake Ontario on opposite sides of Toronto which both cities love and hate. 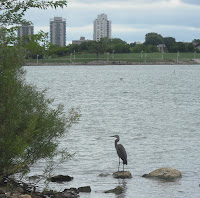 By high school I had become a football fan, particularly the Canadian Football League.  Hamilton had a franchise, but for some reason I rooted for Montreal and of course hated the Ti-Cats.  My father was a truck driver who liked to take his children on his trips one of which was to Hamilton.  I remember going over the Skyway Bridge sitting high in the truck cab with the height making me dizzy and uncomfortable.  We took the first exit and drove along an industrial road with all the steel factories blowing a lot of smoke and dropped off my dad's load and turned around to go back home.

My last two years of high school were in Haliburton, a tourist area with lots of lakes and woods.  I hitch-hiked a lot and I remember being picked up by one fellow on my home stretch.  He thought I lived in "God's country."  He then went on to describe where he lived which was Hamilton.  The actual description I now think must have been inside a factory, but it left a strong negative impression.

Anything I read in papers about Hamilton seemed to have a reference to factories, unions, crime or pollution.  Although not sure of getting into a university I never considered McMaster.  As a student at nearby University of Guelph one fellow in my residence said that he thought Hamilton was the Mafia headquarters for Canada.

Job hunting is serious business and I spent a lot of time at it in two separate chunks lasting six months.  On one occasion I heard about a job that fascinated me in social work.  I applied to every agency in Ontario, but left Hamilton to the desperate end.  On another occasion I decided I wanted to work in newspaper circulation and again left Hamilton to the very last. 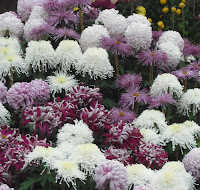 Despite all of these negative experiences Hamilton was my destiny. I was offered a job in Toronto, but at the last minute they had an opening in Hamilton and wanting to avoid a long recruiting process and realizing I didn't have any Toronto connections offered it to me.  I did have a sister in nearby Burlington and she with her husband were agreeable to helping me get settled.  That led to other things and I found myself settling down.  You can read about one of the "other things at http://www.therealjohndavidson.com/2012/08/how-i-met-my-wife.html

Were my fears justified?  While there certainly were factories that churned out pollution, there were other things to compensate.  As years have gone by manufacturing greatly diminished.  Where I live has improved both on the Harbourfront and on my walking downtown.  There are few towns where you can easily walk to the harbour which  now has a very pleasant park and also downtown.

My kids got into activities that got me involved.  Sports, music, schools.  Both my kids left town for university, but my daughter came back and is a very big Hamilton booster.  My son ended up quite the traveler (now living in New Zealand), but follows events in Hamilton.

There are always things to complain about, but Hamilton has many features that make me glad I stuck around.   Bits of nature are nearby such as Cootes Paradise, Bayfront Park and over 180 waterfalls.  A little bit of history at Dundurn Castle, Whitehern and Battlefield Park.  I enjoy Hamilton Public Library, art crawl, Farmer's Market, view from the Mountain, loads of restaurants (Gate of India, Acclamation, Wild Orchid), Gore Park fountain, Gage Park.  Most of the time I drive back home by the York St exit which has Hamilton Harbour on one side and Cootes Paradise on the other and has trees lined along York Blvd til you get past Dundurn Castle where in the summer months is a model waterfalls.   After all is said and done the people have been good to me.