HATRED AND FEAR ARE ENDANGERING CIVILIZATION 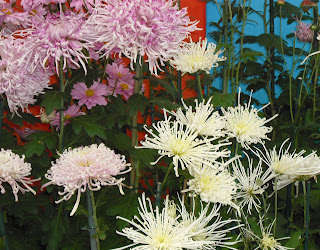 Terrorism as a symptom should concern us all.  Of course by itself it is frightening, but underlying it is a greater danger to us all.  The actual number of deaths directly attributable to terrorism is really a very small percentage of humanity but it and the response to it indicates something worse.

The current focus is on Muslim extremists (who are only one of many terrorist groups), but the response from Westerners is emotional.  Terror is meant to frighten and is used primarily when other methods do not succeed.  In many ways they are winning by provoking us to change our daily habits and react like frightened animals.  Someone failed to set off a shoe bomb and it is now common to take off your shoes before getting on a plane.  More importantly it has caused us to point our fingers in a much wider swing taking in people who wish us no harm.

The problem is really more basic than real and imagined grievances of a very small group of people.  The most basic cause is inequality that is not really linked directly to the hatred that is being expressed.

ISIS apparently is happy to recruit young people who are not knowledgeable about their own religion, but feel a sense of grievance and a desire for meaning and/or excitement.  It is depressing to think of the many ruined lives.  It is also upsetting how others have let their own frustrations and fears be misdirected.  The terrorists want us help them unite other Muslims who are trying to fit in to a new culture.

The primary beneficiaries of this misdirected hate and fear are the terrorist recruiters and political opportunists.

What can be done?  An individual has limited power, but they often underestimate what they can do.  We set an example and encourage others to change their attitude.

First acknowledge there are underlying grievances.  When Westerners realized cheap oil was concentrated in Muslim controlled countries they bolstered the control of "friends" who enriched themselves while suppressing their own citizens.  Perhaps a greater concern would be they felt it was in their best interests to keep their people ignorant except for the elite.

Western countries were horrified with the Holocaust, but at the same time many restricted emigrating Jews.  We agreed to let them set up their own state in Israel, but somehow never got around to letting the Palestinians who were already there to also gain a state.  There is still discrimination against Jews, that all too often reaches violent levels in some parts of the world and Jews take comfort that there is one sanctuary where they can be safe.  They feel frightened by the surrounding Arabs and a mutual hate/fear cycle has set in.  In one sense they have to settle their concerns amongst themselves, but we should be careful to be neutral yet encouraging understanding.

Unfortunately in the United States especially, people have taken sides, not so much average voters as  those in power.  Much more financial and U.N. veto power is exercised on behalf of Israel than on the plight of displaced Arabs.  Some individuals have organized to boycott Israel, somewhat comparable to similar efforts to confront South African apartheid, but this has been met with political resistance. Many state governments are threatening to cut off support to any group that supports an Israeli boycott.

By itself a Palestinian political resolution will not stop terrorism, but it will undercut a very significant driving force.  Are there are other grievances?  Yes, but now perhaps the greatest is how too many of our fellow Westerners treat our new Muslim neighbors and talk about those still in the Mid East.  We fear the refugees fleeing violence and make it more difficult than it needs to be.  There is no escaping that we will all have to make adjustments.  We need to acknowledge the world is changing and has many other threats that we can only solve through co-operation.

Inequality is the real cause.  Those in power want to stay in power, while others are angling for ways to upset the status quo.  Appealing to  prejudice works.  Blaming the "other" relieves pressure from those who are benefiting from inequality.  How can someone earn over $20 million dollars and only pay 14% tax.  Someone is helping to pick up the slack.

As an individual one of the most important things to do is ask questions.  Why do you think that?  How did we get to this situation?   Can we resolve our differences?  Or tolerate them?
There are already assumptions as answers, but they seldom suffice in most situations.
Posted by John F Davidson at 6:20 PM