A lot of us like to check out a few reviews before we actually buy a movie ticket or a DVD and a negative review can cause us to move to another option.  The negative review can come from a media source, a rating site such as IMDB or Rotten Tomatoes or an acquaintance.  Ironically I have found negative reviews sometimes motivate me to watch a movie that mostly turned out satisfying.  Why?

We all have expectations and all too often they are not met.  But the key is our expectations are not all the same.  Some crave happy endings and will be disappointed obviously with a sad ending, or even one that is ambiguous.  Some crave adrenaline pumping action and become bored without it.  Other groups crave explicit sex or romance and will begrudge being teased.  Of course there are increments for these issues and sometimes your comfort level might be stretched a bit.

Mood effects everyone.   Maybe they had a bad day or maybe they were overly exuberant.  Of course movies are supposed to take your mind off of reality and often it does work that way.

Political overtures can of course include actual election political issues, but can tie into whatever group an individual identifies with.  For instance, a union worker, a health care worker, older/younger, different heritages, biker,  church member, etc.  Al Gore's movies attract a lot of opposition that is usually something to be dismissed.

"An Inconvenient Sequel" has suffered from a politically tinged populace who want to minimize its message.  Out of ten stars many IMDB voters chose one.  Much of what was predicted in the first one has become more obvious.

"Miss Sloane" had good reviews, but probably was boycotted by a lot of people reducing its distribution.  Not so much a part of its plot but essential was a gun control theme as a sort of tool of the plot.  It required something controversial, but if you thought they took the wrong side you wouldn't want others to watch it (and be contaminated).  I took the script side, but have occasionally seen movies that didn't agree with my political philosophy, but if well done could be appreciated.  For more:  http://www.therealjohndavidson.com/2017/09/miss-sloan-under-rated-movie.html


"A Ghost Story" created a wide range of views.   One viewer's boring is another's profoundness.  Critics as aggregated at Rotten Tomatoes loved it, but much of the audience had less enthusiasm.  Many complained it was slow moving or pretentious.  IMDB voters were overwhelming negative.  This may make many viewers side against the critics, but may have been tempered by their viewing more movies than the average person sees and reading more about them.  Read what they have to say as it might hit a nerve or might reinforce your opinion of critics. This movie can mainly be enjoyed for its philosophy and psychology, but you do not have to accept the path the director has pushed; you can veer off in another direction.  The phrase I would choose is thought provoking.  If you are looking for action or a satisfying traditional romance this is not it.

"Thanks for your Service" got an ok rating, but seemed downgraded by too many viewers with expectations of more battle scenes and disappointed with the human drama of PTSD.  The trailer helped set up expectations, a common enough effort.  But the movie had a message and it also had a plot.  Sitting comfortably in our chairs we may pay obeisance to the flag, but mostly unaware of the feelings of returning combat soldiers.

Many people are sticklers for historical authenticity.  This can be a tricky one as the true facts (and dialogue) are often not really known.  On the other hand historical facts are often distorted for dramatic effect.  Do you demand it, or looking for a feeling.  Several years ago I heard a lot of positive hype for a movie about Rubin Carter who had overcome injustices to become a boxing champion.   It interested me and friends were recommending it,  however I heard a radio commentator saying there were a lot of inaccuracies in it and that he was not such an admirable character as portrayed by Denzel Washington.  At the time I felt the historical inaccuracies were offensive and refused to see it. Now I feel I might have enjoyed it. 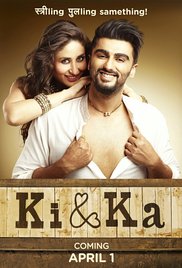 Subtitles turn too many people off.  They might be poorly written or executed which can impede enjoyment of movie or cause you to miss a subtlety.  On the other hand don't let subtitles be a barrier   http://www.therealjohndavidson.com/2015/09/do-subtitles-scare-you-who-knows-what.html  There is literally a much bigger world out there.

"Ki and Ka"  also had discouraging low ratings.  From Bollywood I have come to expect a traditional male dominant culture.  This movie had a very strong (but humorous) feminist theme.  Not an award winning movie, but worth watching and enjoyable if you don't have any hangups. 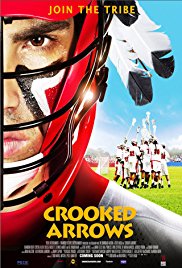 "Crooked Arrows" had a personal interest angle for me.  I was interested in lacrosse and native cultures.   I reserved it and then changed my mind after seeing bad reviews.  Later, looking for a time filler I gave it another opportunity.  It was a low budget sports plot--but had an appreciation of native American culture.  Check my blog:   http://www.therealjohndavidson.com/2014/04/crooked-arrows-brings-back-memories-of.html   Bottom line don't deny yourself a similar experience but allow that maybe some movies can spoil your memories.

Movies have so many different aspects that most of us most of the time focus on only a few.  I have found otherwise inferior movies a great source of music or sometimes cinematography or even costumes.  Develop an appreciation of different factors involved in a film and you will get more out of good and bad movies.


Many watch a favorite movie star  and can be disappointed if their favorite has only a cameo or a role out of character.  Producers can predict profits if a big draw actor makes an appearance.  Actors are often looking to demonstrate versatility so they can obtain more roles.

Of course it is not only the opinions of the experts, but also of your friends.  Over a period of time one gets a feeling for the attitude of a reviewer.  With a personal acquaintance whether a close personal friend or someone at work or a neighbor you have a good idea of how they value things.  Of course in all instances if you haven't seen the movie you can only guess how suitable the movie is for your disposition.

I am no different.  Like all other movie viewers I bring my expectations and my understanding to each movie.  Maybe I should add that like others my attention is not always constant.  In other words I don't see things quite the same as you.  Hopefully my insights and reactions will overlap a bit with you and you can judge whether or not you want to pursue any further using my words as a guide.

If you can steer these sorts of factors into your evaluation you might benefit from reading more reviews.  What you are looking for and what you can appreciate are unique.  You can usually find a review to rationalize what you want to do or not do.
Posted by John F Davidson at 11:54 AM