Do subtitles scare you? Who knows what you are missing? 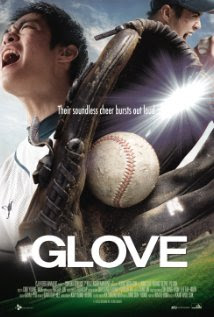 Some of my readers must be a bit annoyed at how often I write about foreign movies.  I apologize for boring or torturing you, but sincerely hope you take a closer look.

Foreign movies appeal to my curiosity about "foreign" people.  Helps to understand a different perspective on this big frightening world.  On top of it all there is a lot of artistry captured in foreign cultures that is pleasurable.

My parents when they were first married often drove out of town to a Chinese restaurant, but ordered regular Canadian food.  After several years and a few children somehow they were persuaded to try some Chinese food and were really turned on.  We all got to eat Chinese food and developed a liking for it.  A few years later somehow we discovered pizza.  What other exciting discoveries are out there?

Aside from exoticism, we are struck by similarities that we might not have expected.  Many foreign countries have adopted Western culture, but we often picture them wearing folk costumes.  We think they are simple minded and don't have the emotional ups and downs that we go through.  They lack our sophistication.

As with English movies there are a lot of ordinary and poor films in foreign tongues, but nonetheless many are copied (often poorly) and  many actors, directors , writers, composers cinematographers, etc are  lured over to English speaking production houses with bigger budgets  A lot of entertaining movies are out there if you are willing to cross a few borders.

Right now Westerners are very distrustful of Iran, but they don't understand the history that should make you marvel that they might not trust us--you also don't think they are much like us.  "Separation" isn't  political in any traditional way, but does demonstrate Iranians have the usual sort of human problems and try to handle them in similar ways to us.  This movie has an ambiguous ending that leaves you wondering.

The Korean movie pictured at the top, "Glove" illustrates more similarities.  What North American is not familiar with baseball?  Well they are in Korea as well and they have prima donna players, locker room conflicts, dramatic games and this movie illustrates all that.  It also follows a typical sports plot line, except victory comes a little differently and the particular drama is unique.  With the baseball connection you will find yourself pulled into the story which is very well done.   If you want to pursue Korean movies you will find a wide variety including very violent and thrilling, but also some of my favourites like "200 Pounds Beauty" and "Miss Granny" for laughs and romance and for philosophical insight,  "Spring, summer, fall, winter...and spring."  See an earlier post:     http://www.therealjohndavidson.com/2014/04/a-slice-of-korean-cinema.html

Asia is now moving into our consciousness and since my youth at least has been perceived as very different.  Certainly there are things that might seem exotic or weird, but again you can see similarities with little effort.  Perhaps some of you may have seen "Shall We Dance" with Richard Gere, Susan Sarandon and Jennifer Lopez.  I was a little disappointed because I had previously stumbled on the original Japanese version.  It shook up some misperceptions I had about Japanese and was a charming story.  Later on I learned both versions had the same writer.  The Japanese lost the war and suffered for it, but have moved on.  A very perceptive Japanese film maker was Akira Kurasawa who not only had some of his movies adapted for Hollywood, but also some of his techniques.  He filmed the early difficult times after the war.  Japanese films cover a wide range.  Animated films are easily adapted using English speaking voices.  Others are very perceptive of human dilemmas such as  "Like Father Like Son." and "Departures."  More information on Japanese movies here:  http://www.therealjohndavidson.com/2015/03/japanese-movies-are-more-than-godzilla.html

I love Bollywood and was partially hooked because I have always loved musicals, but there is a lot more depth (as well as some very beautiful music).  One to draw attention is "Dum Laga Ke Haisha" a love story between a regular guy and a fat girl--you will come to love her too.   read more  http://www.therealjohndavidson.com/2015/05/a-feel-good-movie-little-off-beaten-path.html "PK" a religious satire perhaps most suitable for India as it has large segments of a wide variety of religions.  see:  http://www.therealjohndavidson.com/2015/03/pk.html

China is viewed as a Communist monolith, but like the ancient Romans the government tries to provide "bread and circuses"  Besides Chinese movies come from different sources including Taiwan and Singapore while Hong Kong has a long unique history.  Jackie Chan, Yun-Fat Chow and Li Gong have left their influence in China and North America.  For more information:   http://www.therealjohndavidson.com/2014/08/chinese-cinema-is-peek-into-their_1.html

Browsing one day I stumbled on "Bliss" introducing me to Turkish movies.   The book was of great interest as was the author who wrote the music for the movie.  The movie was about honor killing which is outmoded for most of Turkey but still real for some sectors of the population.  I did a post on a comparison of the book and movie at  http://www.therealjohndavidson.com/2011/05/turkish-delight-in-book-and-movie-form.html I have since seen a number of Turkish movies making me realize that our image of backward countries is not up to date. 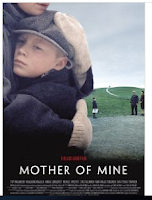 Switching over to Europe I learned from "Mother of Mine" about some history from World War II that had escaped my attention.  Finland was in a very awkward position in that they were being attacked by the Russians  (our allies against the Nazis) and were greatly outnumbered.  Many of the children were transported to Swedish homes.  This is a story about a young boy who adjusted poorly at first then found it hard to leave his new mother.  To read about the sad movies that include other foreign titles check here:  http://www.therealjohndavidson.com/2014/08/the-power-of-sad-movies.html

European films may seem a little closer to our English culture, but there are lots of interesting  choices.  I have enjoyed films from France, Germany, Sweden, Denmark, Norway, Italy, and Russia.   One of my very favourite movies is "After the Wedding" from Denmark.


For Anglopone Canadians we often overlook a foreign language source that often hits really close to home.  Our Quebec brethren are actually more prolific in movies as a way of maintaining their culture.  Yes, many of them want to separate, but many others want to explain themselves.  You can learn more at:  http://www.therealjohndavidson.com/2014/09/french-canadian-films-are-world-class.html

Where I have not gone far--Africa--watched one low key romance comedy "Cape of Good Hope"  from South Africa, mostly in English plus "Tsotsi" and one  Science Fiction-"District 9"  a Bollywood movie set there, "Race"   From the Hamilton Film fest  "The First Grader" about an 84 year old former freedom fighter who wanted an education.  I accept Africa will surge in a lot of endeavours over the next few decades and deserves more attention.

Hollywood to my way of thinking has developed some formulas that work to maximize their profits.  They provide some stimulus and like Pavlovian dogs the audience responds.  If it starts to seem repetitious they escalate the stimulus.  Although I find myself responding on cue often, I look for a different stimulus.  How about you?

Aside from thinking foreigners are weird and not nearly as sophisticated as us, another obstacle is subtitles.  I suffer from aging eyes, and declining attention span.  They actually help focus my attention and perhaps help me catch some subtleties (of which I might miss in a dubbed version),  Dubbed is an easier adjustment, but I dislike the voice not matching the lip movements or the actor's physicality.  You might feel more comfortable with a dubbed movie and maybe work your way up to subtitles.

Subtitles can be misleading--some writers avoid using profanity, often simplify words and it is not uncommon to spot spelling or grammar errors.  They can be slow, sometimes difficult to sort out which character said what.  A translator can make a  big difference in how you enjoy a book, and a good subtitle writer can also make a big difference.

A lot has to be left out but it is a very big world with lots of sights that our ancestors could only be aware after a lot of effort and often expense.  You can sample it effortlessly.  Your local library and Netflix are both ready and willing to help your exploration.  I hope I have whetted your appetite.
Posted by John F Davidson at 1:23 PM