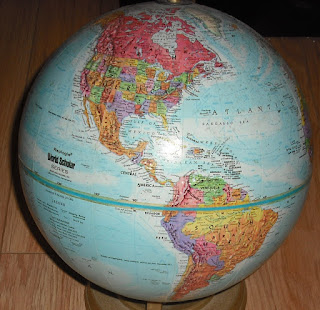 As the world modernizes the birth rate is dropping.  Many think the world is over populated and that that is the root cause of pollution and climate change.  The population decline is basically in westernized countries and as that culture expands the population decline also spreads.  A declining birth rate also means an aging population and less people of normal working age to do the work which will increasingly include taking care of the elderly.  Immigrants fill in a lot of gaps, mostly at the cheap labour end, but also in many cases technical.  Many residents resent different cultures being imposed on them.  Japan is leading the world in using robots in manufacturing as one way of avoiding immigration.

There is a very complicated  set of dynamics at work.  Education, contraception and inequality are amongst factors that lower birth rates.  Women are increasingly getting better educated and looking for fulfilment outside maternity.  In other parts of the world we are developing an unhealthy gender ratio with men outnumbering women.  This is partly due to new technologies increasingly available that determine sex before birth.  Eventually, this results in not enough women for marriageable men.   In China where they have had a one child policy for many years the situation is acute.  When there is a shortage of females, males tend to be more aggressive and although it might seem to give women an advantage it doesn't always work that way.  Prostitution is one unhappy solution to the scarcity.

Women are still held down and restricted in many cultures while in western cultures economic forces many women to work long hours, especially those who want a career.   Those wanting to have careers lose out if pregnant.  If they decide to go ahead it is too often the case that childcare suffers.  If you get down to root causes, one has to do with wealth and income being concentrated at the top.  At the same time that the economy seems to depend on consumerism we now need both parents working to maintain an acceptable standard of living.  Financial crises occur when credit is over stretched in this struggle, often aided by greed and fraud of those who control commerce.  Business requires expansion to grow with a heavy emphasis on consumerism.

Some experts are waking up that we Westerners need more babies to manage our economy, but women are not co-operating (often with their husband's blessing).  Even a temporary absence from the labour force can impose hardship and having more mouths to feed increases pressure.  Some governments feel threatened that their enemies are breeding faster than they are, after all we still need soldiers to intimidate and even sometimes be sacrificed.  Businesses need a steady stream of new consumers, especially since babies assure greater, unquestioned expenditures and the aging cut their spending as they anticipate retirement.

Many governments are aware of the need and have offered incentives.  Sometimes cash bonuses.  The most effective incentives are family friendly policies.  Paid maternity leave might well have the most impact on first borns.  Some countries are very flexible and allow part of the leave time to be used by fathers called paternity leave.  This would allow mothers who sometimes can make more money to get back to work while being assured their newborn is taken care of by their husband.  Some fathers are happy with this arrangement.  In the United States as I understand it some companies who are able to afford it and feel it is in their best interests offer an unpaid or limited paid leave but most companies consider it too expensive and risky.  It is really a society problem and a government program paid through taxes can spread satisfaction that promotes productivity and better childcare which is a good investment in our overall happiness.

That is one step, but another important one is child care.  Quality means training, space, flexibility and of course that costs money.  In reality the costs would be more than a typical family can afford.  Of course this conundrum has costs that will be borne by both businesses with stressed employees and society with stressed children.  It is conceivable that the solution of having the tax payer bear a big part of the costs could have other benefits.  Trained child care workers could be part of a jobs program as our economy has less need of human labour.  They would be tax payers and consumers.

The whole tax structure needs to be family friendly.  We have deductions for having children and for child care (that is if the provider is willing to disclose their income).  We should also be thinking of the costs of education.  Education is normally free in the public system until about age 18 and then further education can be very costly.  Also the pressure to get ready for post secondary education leads many parents to buy tutoring and other educational aids.  All that needs to be examined.  One alternative would be to offer free high education to those who qualify.  A big task that somehow has to be paid for.

An irony is that future trends point to greater inequality.  Not only in income and wealth, but also in hours worked.  Some will work so hard they burn out and others will scramble to get any paying work.  Is this what we want?  Does this benefit the most people?  Can the very rich accept sharing some of their resources with the less fortunate?  Can the poor resist abusing their ballot box power which at the moment they seem ignorant they actually have?  With our increased efficiencies can we not give everyone an opportunity to work and to have more leisure time?

So far globalization has mostly meant a decline in the power of labour.  Demand too much money and the job is easily shipped overseas or replaced with automation. or someone more desperate.  Money can be concentrated and wired anywhere in the world where it can earn the most return.  There are other forms of globalization in that people of all incomes are more aware of one another and of their common interests.  Divide and conquer tactics are still being used effectively, but for how long?  If too long everyone will suffer, including the wealthy.  Pollution, climate change, disease are only some of the dangers.  A bigger one might be violent revolution on an unimagined scale.  All these things are pushing forward, but can be stopped by humans realizing their common goals and working together.

To me more important than government bureaucrats deciding details of our personal lives it would be better to encourage education.  Education that not only teaches us skills to survive as productive citizens, but encourages us to think about global problems as well as local ones.  This may seem like a Utopian dream, but there are elements working towards a better system.  Let's hope that they can forge an effective global force before it is too late.  Education is a very big topic and difficult for large agreement.

Prejudice against women is ironic as it only takes an absence to make them more valuable.  Unfortunately many women are deliberately kept ignorant so they won't interfere with male priorities and so their wisdom is lost.  In some cultures a women who can earn an income is even more valuable.  It is still another step for women to be valued for who they are.   The role of women is key--they need to be valued and respected, not just good in the kitchen and bedroom.

In many countries it has become difficult for parents to make enough money and to spare enough time for their families.  This is at a time when corporate profits are rising and typical wages losing power.  Decisions will have to be made by those who presently control the political and economic levers or they may find the forces of nature will severely limit their options.

One of the primary goals is to ensure that every baby is wanted and can be properly cared for.  We need a sustainable population where there are always some contributors to replace those who are not able to contribute while at the same time respecting the wisdom of age.  There are too many unwanted babies born or to those who cannot or will not give reasonable proper care.  Contraception can largely replace the need for abortions.  Ironically access to contraception is one factor in ensuring the birth of wanted babies.  One child policies should be unnecessary to restrict overpopulation.

Greed is often of only short term value.  Even the very wealthy need people to care for them.  They need customers.  When diversity is lost, so is the enjoyment of life.  So while parts of the world are aging, other parts are over worked.  No suggestion or policy will undo the mess our lack of a sustainable balanced population has brought us to, but we can  make a start.
Posted by John F Davidson at 5:18 PM