A SLICE OF KOREAN CINEMA 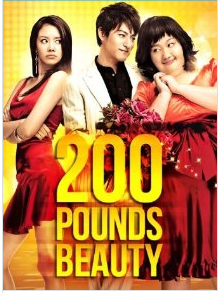 Several years ago I developed an interest in Bollywood and before that European movies, but when my son taught English in Seoul I decided to expand my interests again and watched a few Korean movies.  There is an adjustment not only for subtitles, but for culture.  It is not hard to appreciate some of the creativity and a unique perspective.

My first acquaintance with Korean films tested my violence tolerance.  Realism is pervasive in a majority of Korean films.  By that I mean you get a good dose of blood and torture in bleak environments. The photo to the left is about a totally different genre so you won't be overwhelmed with the violence found in many of the better known Korean movies.

"Silmido" released in 2003 was the first Korean film to sell 10 million tickets.  A very violent story of condemned  prisoners assembled and trained for an assassination and then abandoned when the assassination became politically untenable.  It dealt with relations towards North Korea.

"JSA" dealt directly with the border (which my son visited and like other tourists was able to straddle his feet on either side).  Another violent movie, but one that showed North Koreans weren't necessarily all "bad." Suspenseful.

"Chaser" got my attention from a Roger Ebert review who referred to a chase scene on foot.  The protagonist was a detective turned pimp trying to uncover a brutal murderer of his "girls."  This one generated a lot of tension.

"Mother" at first didn't impress me, but slowly I realized there was much more to this movie.  Although mostly filmed in grubby conditions it turned out to be more sophisticated.  Joon-ho Bong, was the director

"Memories of Murder" is a gruesome murder mystery based on serial killings. Another well done mystery directed by Joon-ho Bong

All of the above are well done and if you can tolerate a fairly high level of violence you might enjoy them as much as any alternative.  Some others I did enjoy included "Silenced" and "Lady Vengeance", which will be remade in Hollywood. But there is more to Korean movies.

"The Gifted Hand" was released in 2013 (I saw on an Air New Zealand flight) has some violence, but also a little science fiction, fantasy and mystery.

"Masquerade" was a period piece.  In Korean history there was a period of 15 days not accounted for, but in which some laws were reversed for the benefit of lower and middle class people.  Story suggested the king hid away while a commoner ruled and made things a little better.  It reminded me of "A Royal Affair" and of course "The Prince and the Pauper"  There are a few Korean cultural details that you will remember.

"Poetry" is about a mother having to deal with a violent act committed by her son and although not well educated develops an interest in poetry.  There is an unusual sexual episode included, not at all what you might expect because it involves a middle aged woman with an invalid.  It is not kinky, but is integral to the story.

On a lighter vein I watched  "After the Banquet," a sort of romantic comedy with a young girl looking for her real father at a college reunion.  Of course there are a few men who logically could have been and they are in different circumstances.

"The Happy Life" is joyous for the most part with a big musical component.  A group of 40 year old men under trying domestic circumstances rejoin as rock band members and are led by the son of one of the original members who had died. They each have a unique marital or family difficulty, but in the end triumph with their music.

The most recent Korean film for me was "Finding Mr Destiny" which originally had been and was about a stage musical.  A typical, but well done enjoyable romantic comedy with likeable characters.

My most enjoyable film for this project  was "200 Pounds Beauty" pictured at the top.  As I write this at the end of April it is my most enjoyable of any movie seen so far this year.  A lot of quirks in it, but essentially a romantic comedy with a very likeable heroine (in dual roles).   Ah-jung Kim is delightful as both the 200 pounder and the beautiful Jenny.  The underlying message is don't judge people by their appearance.  A great song "Maria"-.  about 2:30 into clip http://www.youtube.com/watch?v=QJMkP69ua0c

To gain a different perspective on Koreans I also watched "Never for Ever" an American movie.  Vera Farmiga. played a white women married into a Korean Christian family that found it very difficult to cope with her husband's infertility.  She stumbles on an undocumented immigrant to help impregnate her and eventually they become attached.  That male role was played by Jung-woo Ha who was prominent in "The Chaser"

We all have different tastes, but if you like a little different perspective you can find something to your liking in Korean cinema.
Posted by John F Davidson at 5:31 PM