Doors Open is a provincial program and I suspect other cities around the world have some sort of equivalent.  It is a great opportunity to know your city a little better.  I have been attending the local Doors Open since 2010 and always look forward to it.

For those interested in Hamilton, Ontario here is a recap of some of my experiences with Doors Open.  There probably are thousands of other versions. 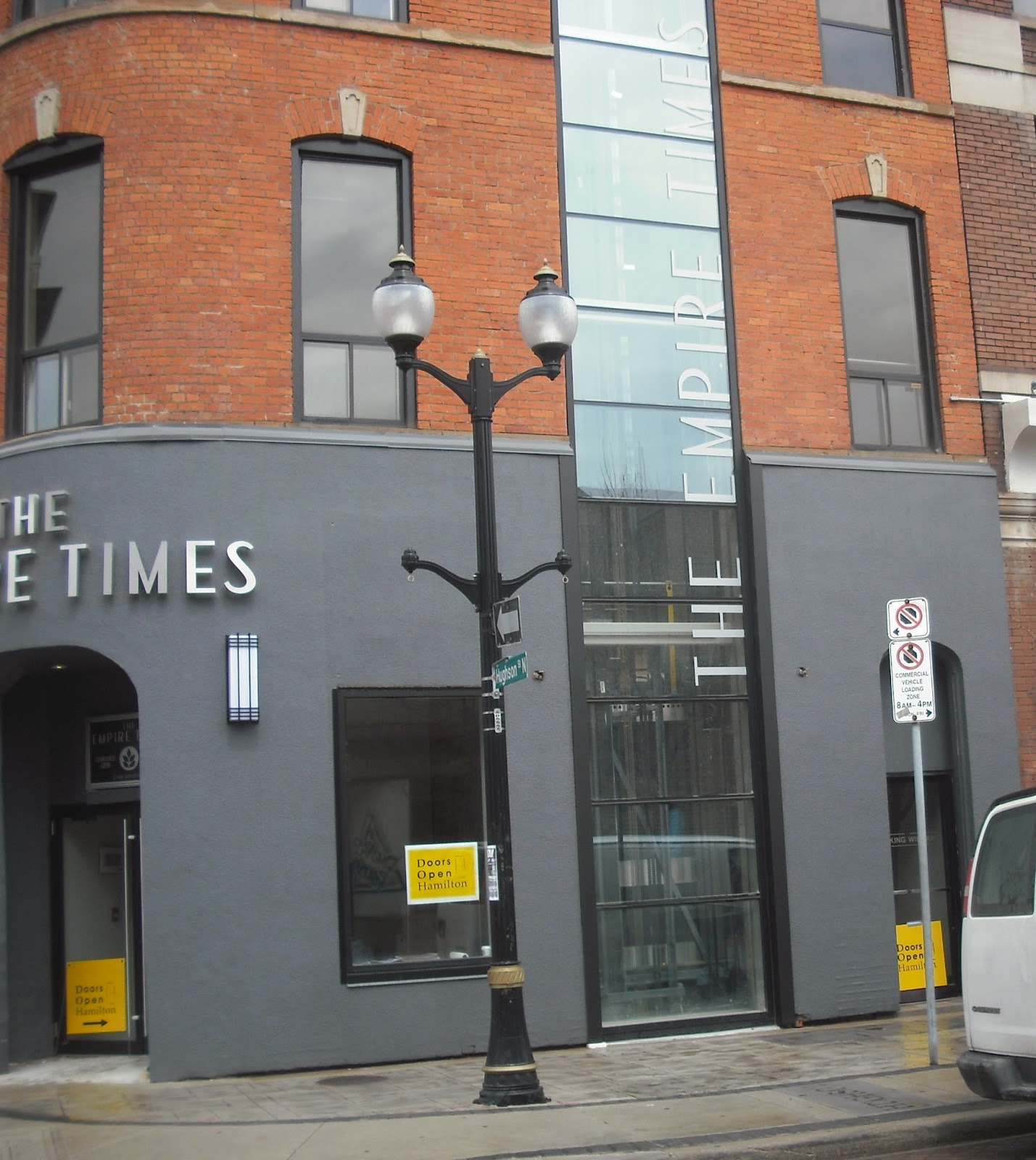 This building used to house the Hamilton Times.  It is now combined with an adjacent building and is called the Empire Times.  A good area for restaurants.  One unique feature is the glass elevator visible from the outside.  Built around 1890. 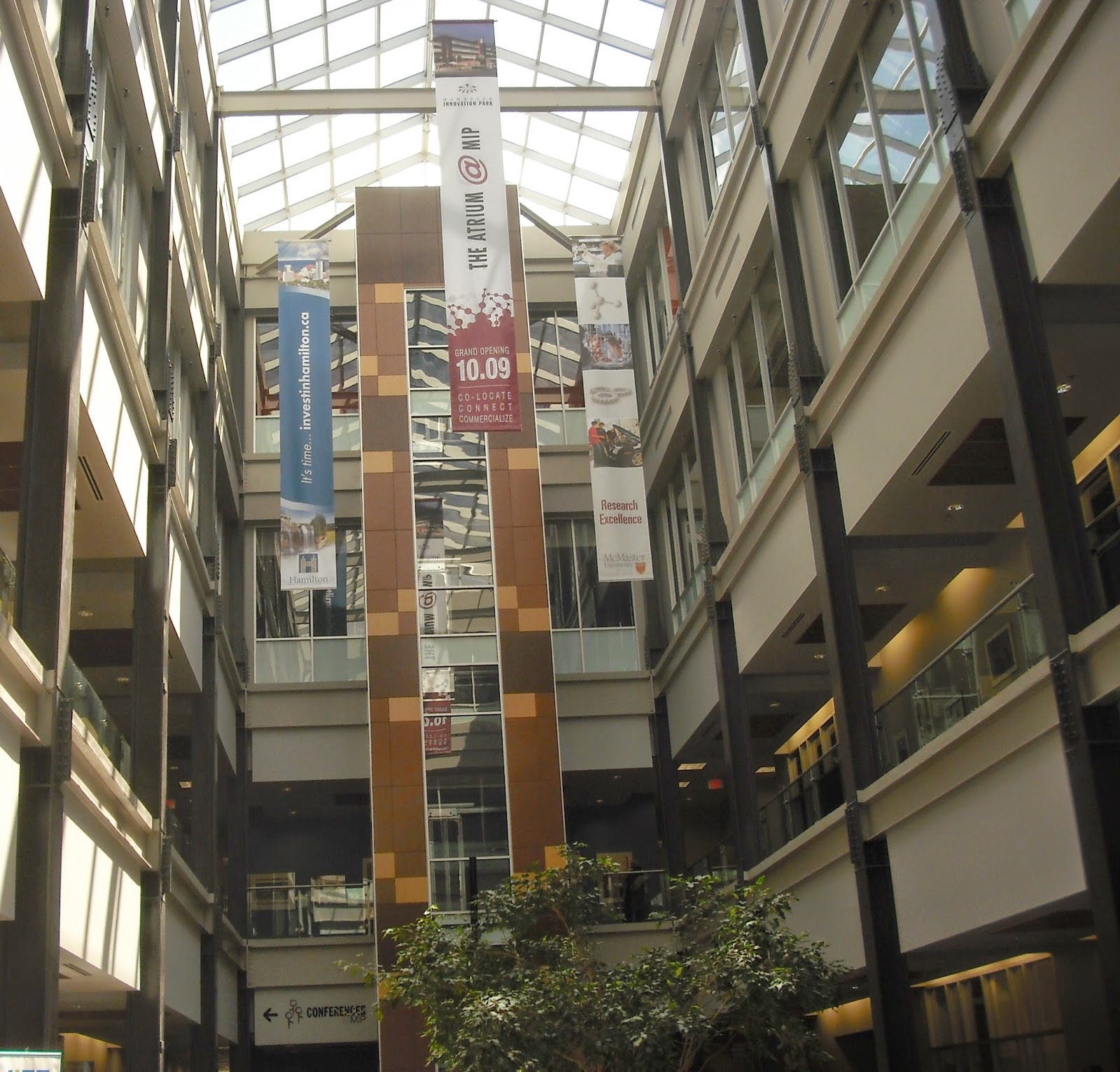 This building used to be a factory, at one time for Westinghouse.  It has now been re designed as the McMaster Innovation Park and this is the atrium.  By definition it encourages innovation.  I was also surprised to learn they devote a lot of wall space to local artists. 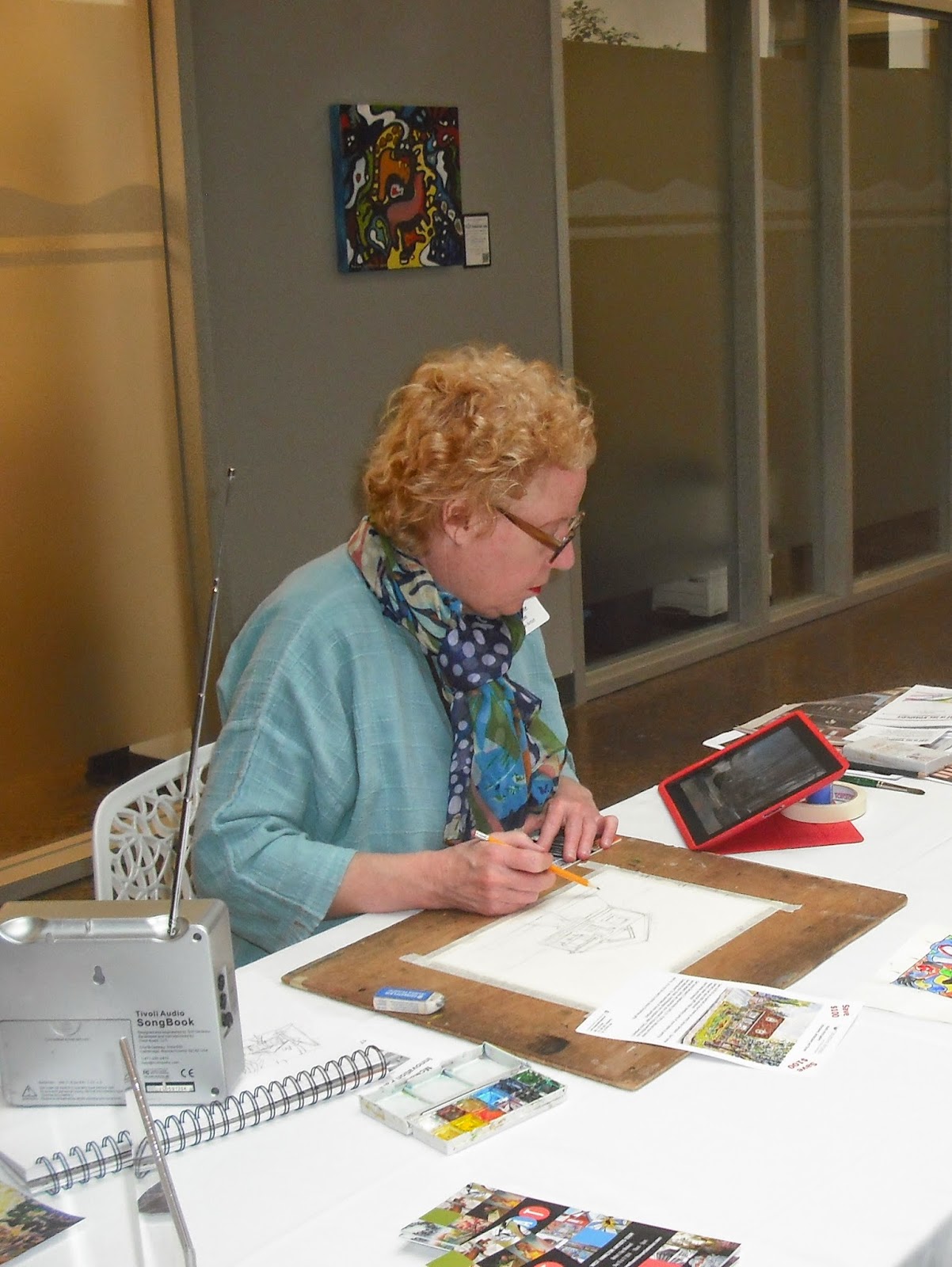 Sylvia Simpson is a well known local artist working on a project during Doors Open.  Along with other artists she submits art to be hung on the wall on a quarterly basis, but you can also see some of her work on a longer term basis. 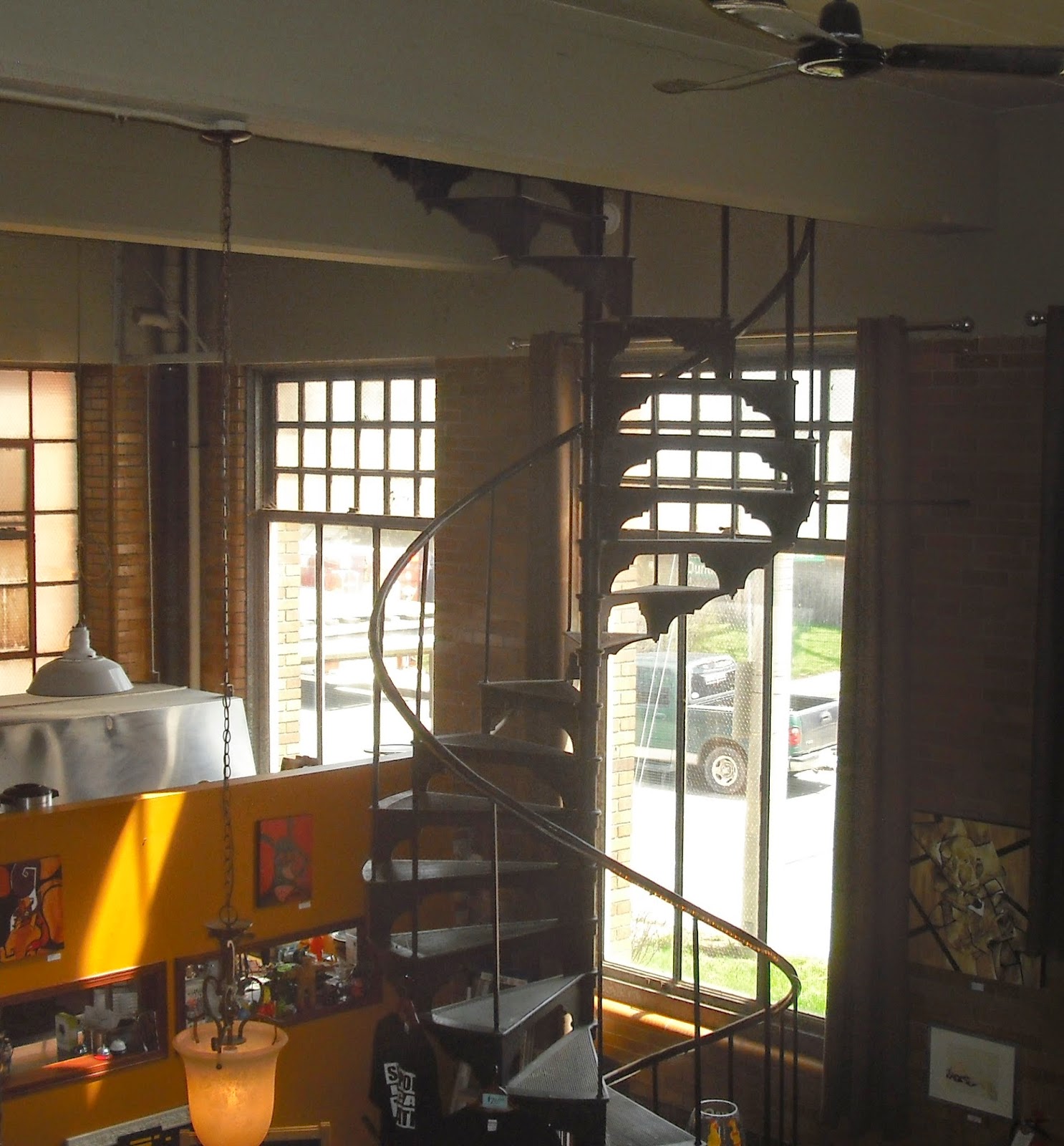 The Staircase Theatre was originally built in 1914 as a transformer sub station for the Cataract Power Company.  It has now become a cultural hub including a small theatre, a cafe and rooms for meetings and performances. 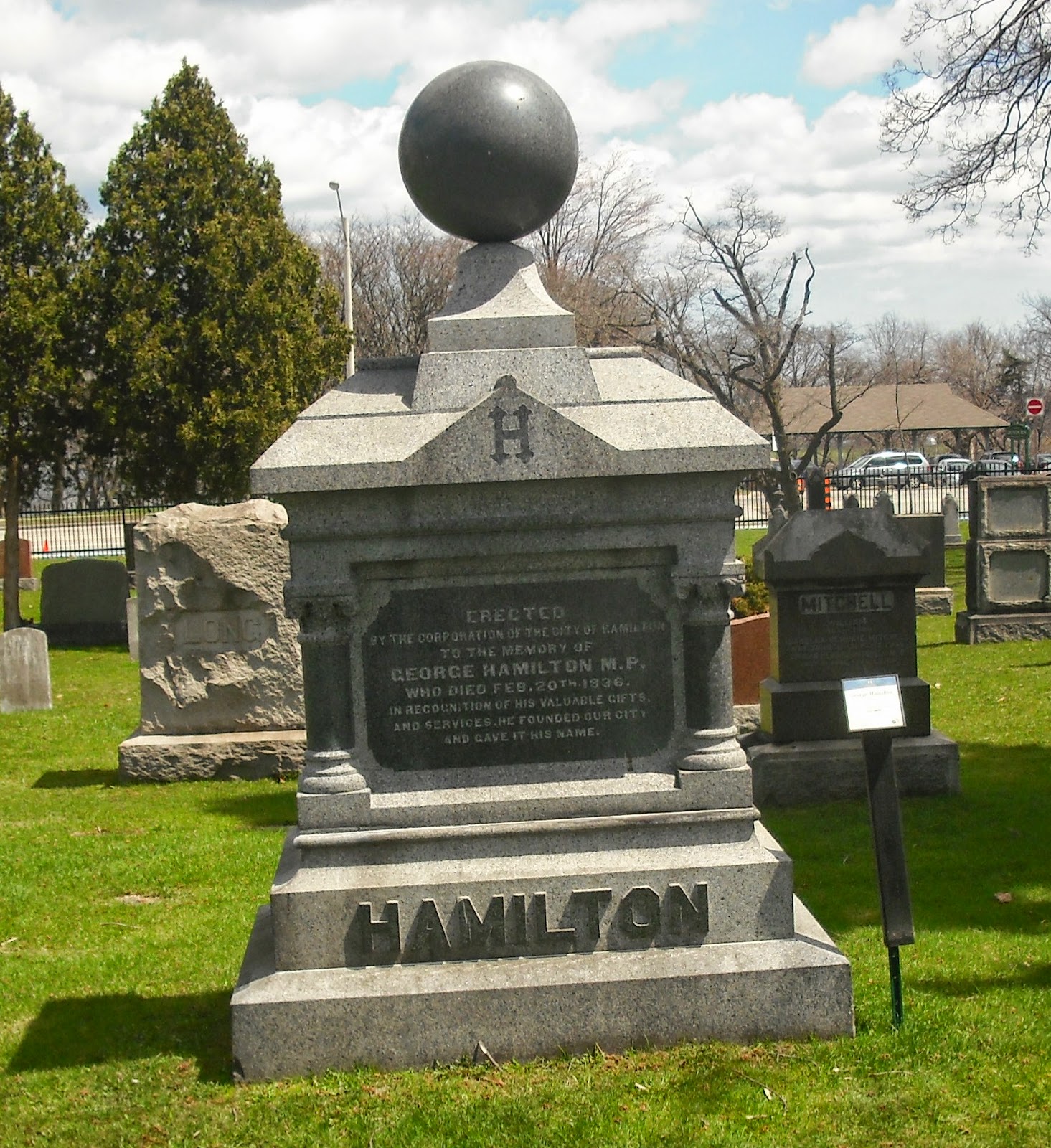 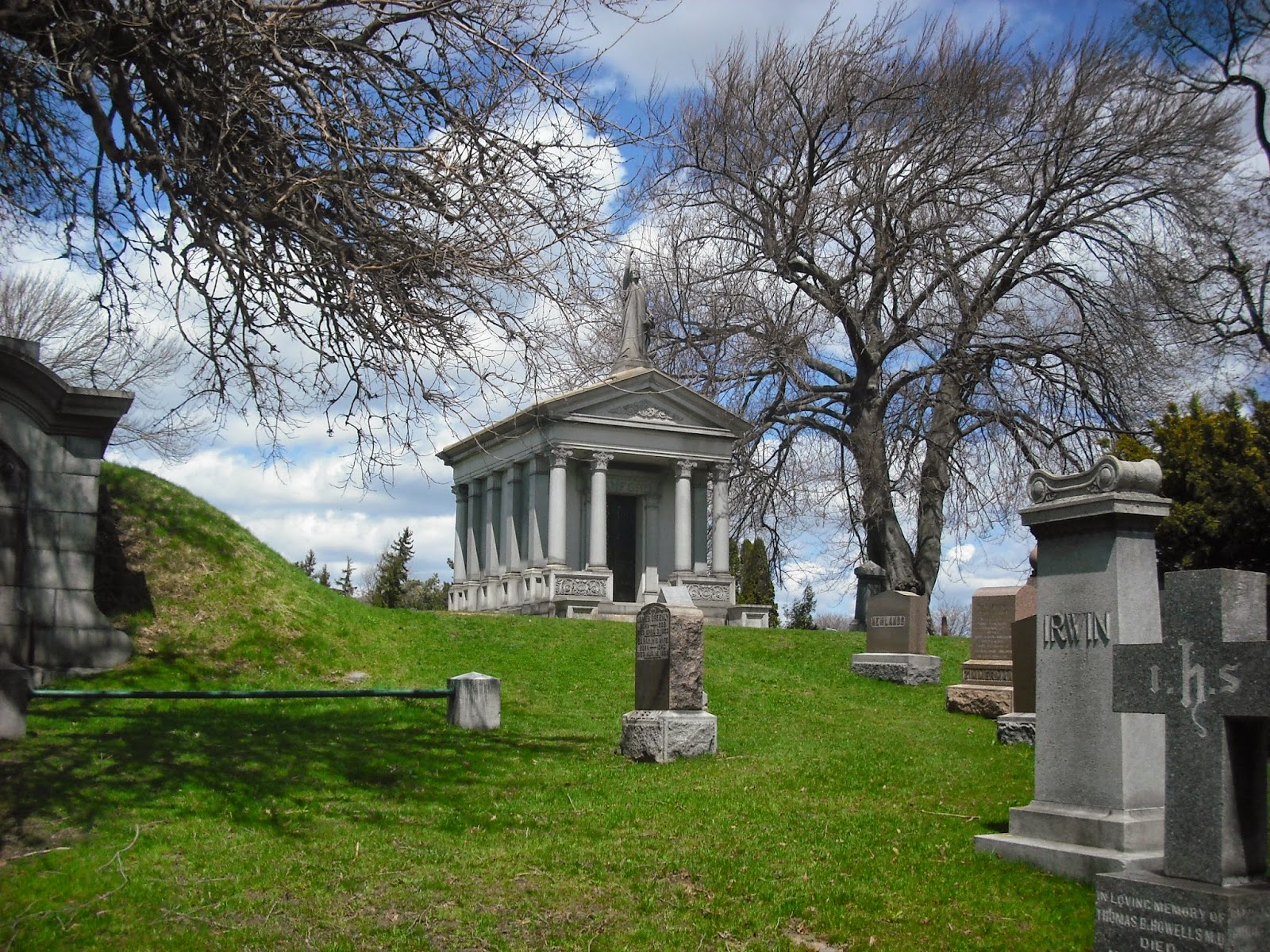 The Dundurn parking lot was full so I continued up to the Hamilton Cemetery where I had a very interesting tour.  Robin McKee is a regular guide who gave what he called a highlights tour.  I had not realized that this site was very critical during the War of 1812.  It was from here that the famous Battle of Stoney Creek was planned and executed by the British based here.  The American invaders outnumbered the Brits approximately 5 to 1, but decisions made here helped stem the tide.  Many famous people were buried here and I chose the memorial site for George Hamilton, to show, the one whose name was given to my home city.  Robin explained the ball at the top was by a mason honouring another mason.  To be a mason it was necessary to take a square block of granite and reduce it to a perfect circle.  Other bits of history included links to the War of 1812, a cholera epidemic, a rail disaster, the American Civil War and a few wealthy citizens.  Robin was able to make it very interesting.

Pictured is the Sanford mausoleum. 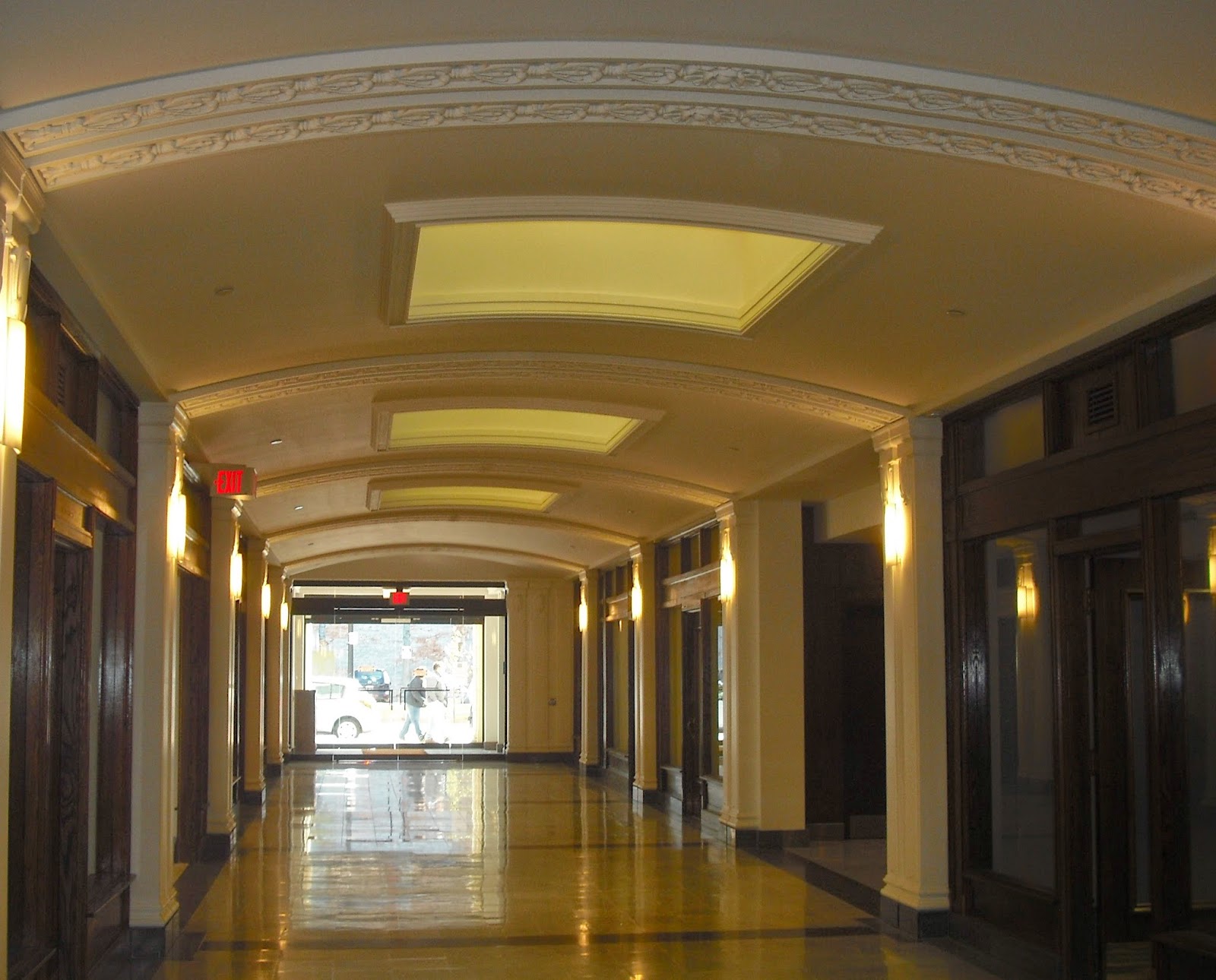 The Lister Block was built after the original 1886 building burnt down and was replaced in 1923 as a major building housing shops and offices.   It had become an eyesore for years while controversy swirled around what to do about it.  Some wanted to tear it down, others wanted to restore it, but different versions cost widely different amounts of money.  Eventually it was restored and during Doors Open it was accessible to the public.  It now is something to be proud of.  Pictured here is a hallway.

The Auchmar Estate was falling apart, but some citizens wanted to restore it.  They opened it up for t 2012 Doors Open.  It was an impressive building that also had a separate chapel.  Built between 1852-1854 by Isaac Buchanan who had helped form both the Toronto Board of Trade and the Hamilton Board of Trade.  He had also been a Parliamentarian (before Confederation) representing a Toronto riding and later for a Hamilton riding.   During World War II it had been used as a convalescence centre. 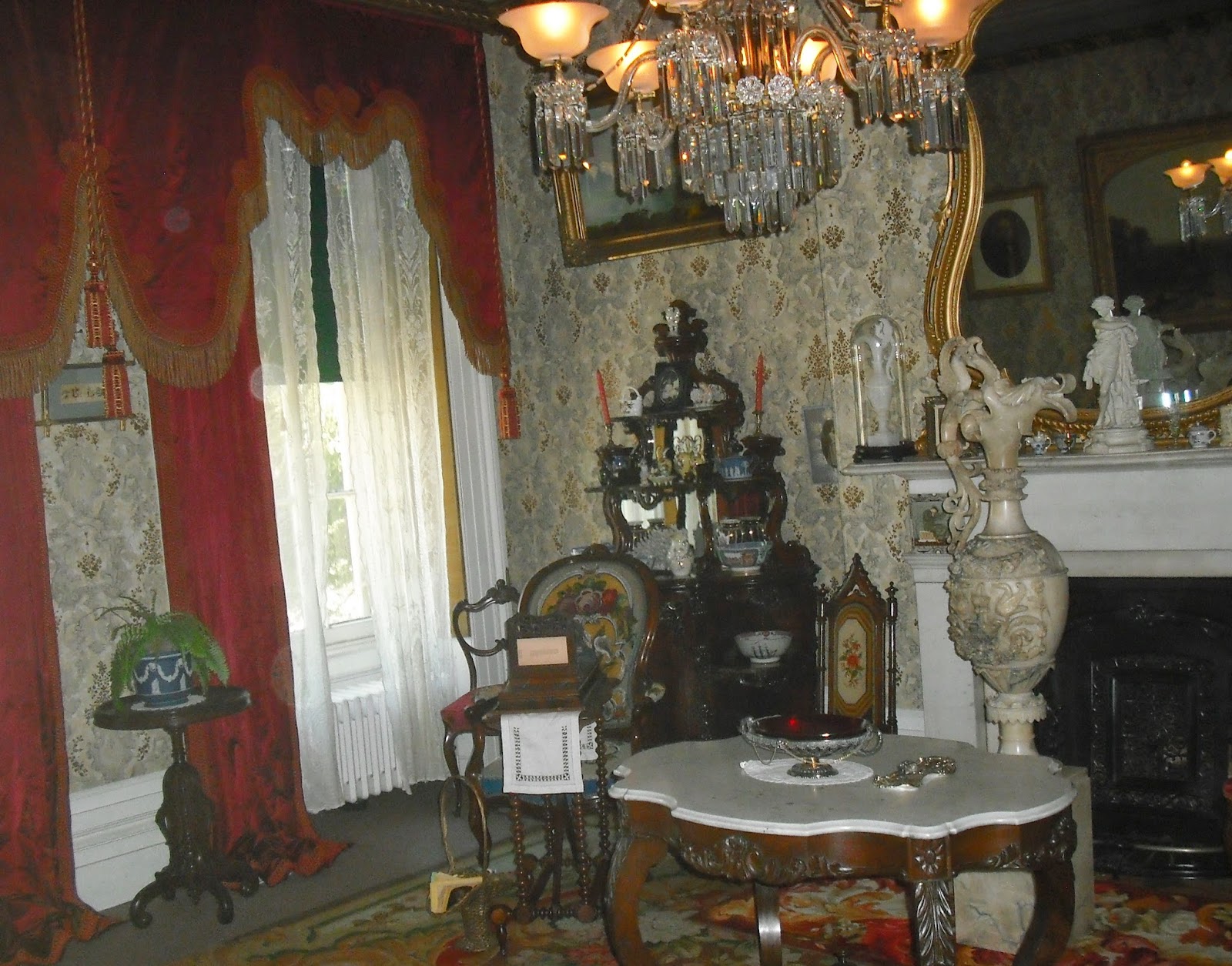 Whitehern is just behind City Hall.  It dates back to 1850.  It was the home of the McQuesten family.  They had helped to re locate McMaster University from Toronto to Hamilton.  They had produced a Minister of Transport.  Once they entertained British royalty.

Ferguson Pumping station actually services my home.  But it has a long history.  Like many new communities Hamilton suffered from cholera and the citizens realized it required better water. 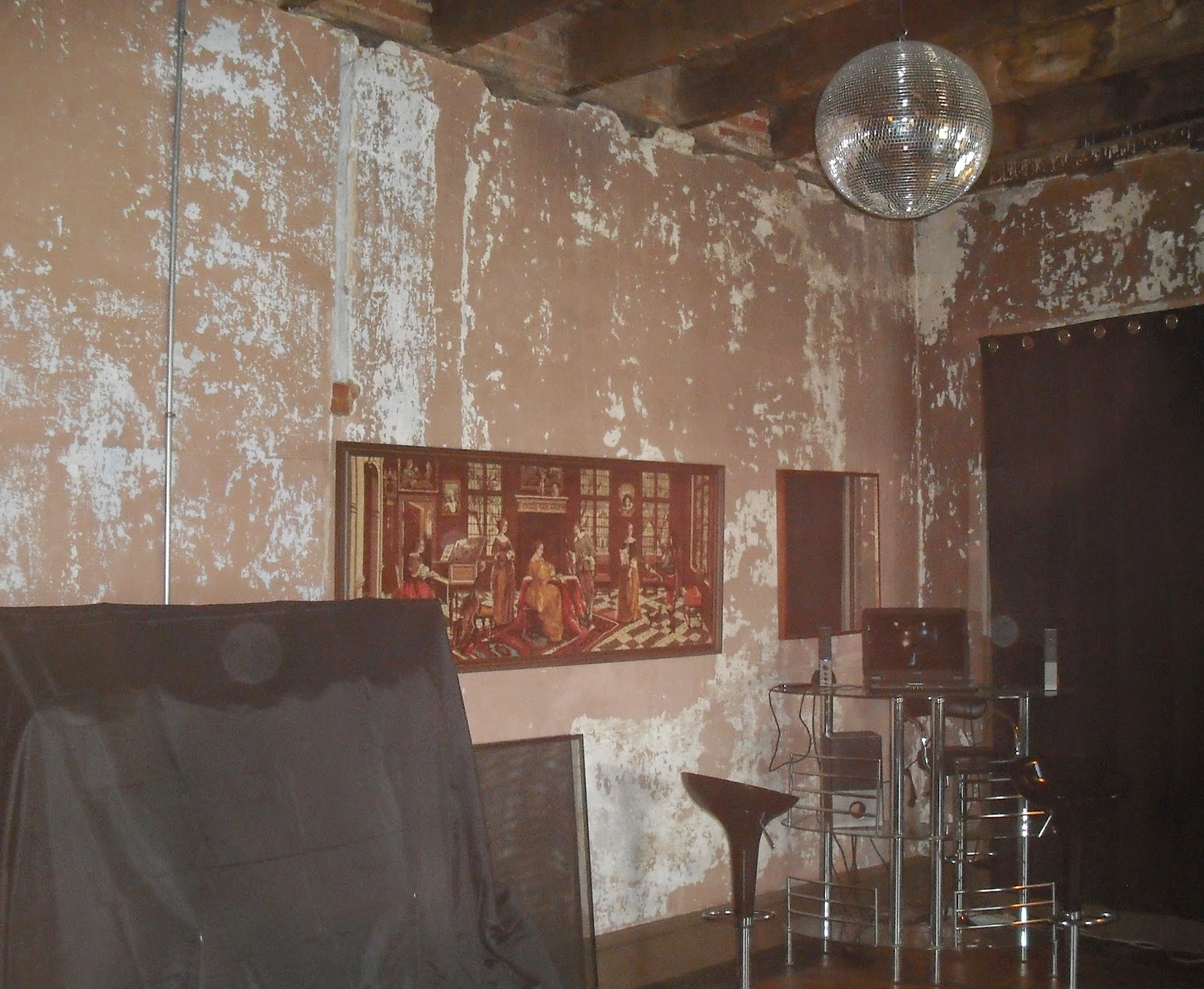 Treble hall dates back to 1879 and was originally built for retail shops, offices and a meeting hall.When I visited the bulk of the building was under restoration, but they had uncovered all sorts of treasures.  One pointed out to me was some unique ceiling tile that had come from a plant in Oshawa near where I was raised.  There was also a cafe on the ground floor.


There are many other buildings I visited such as Dundurn Castle, the Art Gallery of Hamilton.  Most of us live in cities with a history we are unaware of.  Take a little time to check it out.  You will be fascinated and a little more proud of where you live.
Posted by John F Davidson at 5:55 PM