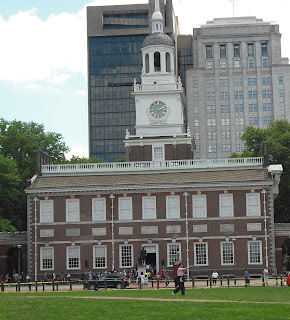 The Trump administration is on a victory tour, shouting they have been TOTALLY vindicated, although the Mueller Report has not been examined in public.  Trump, himself has already determined to obliterate more of Obama's legacy.  His policies are in major ways against the best interest of his voters.  To me it seems likely his supporters are either at least tolerant of racist views and/or are upset over progressive social freedoms.  If a lie is repeated enough it is believed.

My understanding of collusion is vague.  It has to be proved that there was a criminally coordinated effort to bring about a result.  Of course all successful election campaigns involve coordinated efforts, but if we like the end results the efforts are acceptable.  In the carefully worded summary it was concluded there was no collusion with the Russian government.  Michael Cohen had already pointed out that Trump didn't feel the need to be direct in order give direction.  The summary did concede that obstruction has neither been proved or disproved.  Apologists state that since there was nothing to hide there couldn't be any obstruction which of course is nonsense.

Like most people I am dependent on what is brought to my attention by media and reinforced by how other people react to it.  None of the points I will raise are new, but they have not been denied.  If they don't mount to the legal definition of collusion I would shift my focus to the charge of fraud.

Well after the election we were told that Trump had been negotiating for a Trump Tower in Moscow, even though it had been strongly denied.  He is entitled as a businessman who quite likely thought he wouldn't win the election to carry forward his business.  One major problem is the lie about it.  Nobody can be sure of what really happened, but it seems this effort might have been all the Russian government needed to get some concessions.  Obviously Russian authorities were aware of this multi million dollar transaction and could understand that perceptions of significant numbers of American voters would be negative.  After the official denials of Trump all they needed to do was threaten to reveal the truth.  Possibly they had other points to operate with.

Paul Manafort as a campaign manager (with a history of supporting Russian interests specifically against Ukraine that wants stronger relations with the West) gave polling data to an associate of Putin. There was no point to the effort if this information was not going to be used.  Apparently the Russians used several tactics and seemed to be aware of leveraging situations.  Efforts were made to switch Democrat inclined voters to third party choices.   That was by itself instrumental in shifting the Electoral College to Trump.  Naturally they amplified Trump's rhetoric and likely targeted it.

This is not meant to be all inclusive of Trump's ties to Russia.  It could be argued that Trump was just duped by Putin.  Putin is very openly expanding Russian influence.  He strives against NATO, the EU as well as democracy in Venezuela and Syria.  Trump's behavior is definitely unusual and mostly supportive of Putin own grievances.  Trump's ego is oversized and to a great extent is admired by too many.

The Republicans have used tactics to diminish accusations and innuendo.  Commonly they deny and when caught, spin. As more facts come out it seems there were very significant contacts.   Many, but not all Conservatives are overlooking a great deal about Trump, but realize they have an opportunity to  do things mostly opposed by the population such as lower high end taxes, cut social programs, and in some cases tighten up and abolish abortions.

The Washington Post took up the challenge of tracking the lies of Donald Trump.  It is such a large and growing number that most of us don't bother getting the exact number.  I plead guilty, but recall it is something over 8,000.  You could quarrel with the definitions used, but even Trump supporters concede he likes to lie, but it is all in a good cause.  In my humble (?) opinion these lies were not for a good cause, even for many who thought fervently they were.   Muslims, Mexicans, blacks and gays are not responsible for their lot in life.  The greed of the 1% and automation are much more serious.

Climate change is real and Trump has brushed it off with distortions and misinformation.  He lied to coal miners, but they wanted to believe him rather than Hilary Clinton who pushed for job retraining.

Tax cuts were supposed to benefit everyone, but the very wealthy gained the most in absolute terms.  The cuts most certainly didn't pay for themselves and in fact are already ramping up deficits that Republicans know will have negative effects.  They also suggest cuts to safety net benefits and government services will solve any deficit concerns.  The rich got their rewards.  An earlier blog on dark money explains http://www.therealjohndavidson.com/2016/07/dark-money-by-jane-mayer.html

When someone has been conned they resist admitting it.  When someone is accused of unsavory motivations they deny it.  To most of us it is obvious Trump did not deserve to win and has been a very divisive and incompetent president who could lead to disaster of one type or another.

What can be done?  At the moment calmness is critical.  Avoid the Republican traps, while avoiding unnecessary concessions.  The Republicans under Trump are over reaching.  The more outrageous the Republicans efforts are the more likely they are to generate questions from those who have been lied to.  Unless they can gain public support enough that Republican politicians fear for themselves impeachment rhetoric should be curtailed.  The Mueller Report, if ever revealed in reasonable totality is likely to provide many points that will put Republicans on the defense, but may not be enough for immediate action.  That leaves the 2020 election.  The Democrats already have the policies that most Americans prefer on health care, abortion, infrastructure, gun control, etc. and importantly more credibility.

The Constitution is not serving the interests of the Americans.  Twice the Electoral College has delivered a problematic regime which will take decades to undo--thinking of the judiciary system and America's international reputation.  For many other nations there will be a fear that a subsequent administration can undermine whatever progress a new administration can offer..

One thought after hearing constant justifications for the 2nd Amendment is that something similar should be articulated for education.  Early on the American government without a national army realized they could be attacked when they were unprepared.  Some would argue the second amendment was enacted to protect the citizens against the government, but I contend more important was a concern for national defense.  Today it has been interpreted with help of lobbyists that Americans must have access to military level weaponry.

On the other hand what Americans need much more to preserve real democracy is education.  It seems conservatives are always ready to cut public education, especially perceived non job skills.  Not sure what concrete proposals should be included, but budgets and non political supervision are critical.  If the Americans prefer to believe Trump, the selfish, egotistical entertainer then it must be admitted they deserve him, but the rest of us (I am proud to be Canadian) don't deserve him.

Just a review of those who helped put Trump in position:  http://www.therealjohndavidson.com/2017/07/trump-enablers.html
Posted by John F Davidson at 11:08 AM