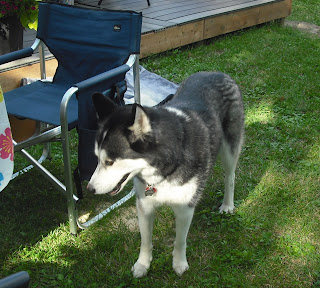 We can rant all we want about Donald Trump's misdeeds, but somehow he got into power.  An increasing majority of American voters now realize a horrible mistake was made.  Can we go forward somehow?  The problem is, the status quo suits some people.  In my head there are a number of enablers who bear responsibility.

Number One:  The electoral college.  You might think this is trivial or something that can't be changed.  The origin of the electoral college goes back to the Constitution negotiations.  The southern colonies (especially the elite) that owed their economic wealth to slavery were very concerned they would be out voted and were able to obtain some protections.  Even though they thought Africans were sub human they were able to insist that a slave was worth 3/5 of a human which enabled them to build up their population base.  This was eventually discarded, but the electoral college has been maintained.  It assures that small states can have disproportionate power in presidential elections.  In cold hard facts Hillary Clinton won almost an extra 3 million votes than Donald Trump and she never contested the electoral college.  Obviously if you want to win you have to play by the rules and the Trump camp took advantage of the rules.  http://www.therealjohndavidson.com/2016/12/the-half-has-never-been-told.html  The rules need to be changed.  Remember George W. Bush lost the popular vote, but was able to win the electoral college.

The Media that is now mostly upset played a significant role. Trump knows show business and attracted a notoriety that greatly boosted his platform.  As always the media was more interested in their own ratings than discussing the issues and the credibility of the candidates.  Climate change should have been a much higher profile issue, but the media mostly ignored it.  http://www.therealjohndavidson.com/2017/02/trump-and-media-or-media-and-us.html

The evidence is piling up that not only did the Russians want Trump to win, but were deeply involved.  Hillary Clinton had been critical of a recent Russian election and honestly earned the scorn of Vladimir Putin.  Trump has in the past been helped by Russian mobsters.  The Republicans had their own motives, as usual taxes and regulations that were very concerning to the 1%.  They knew that a social agenda would help draw in evangelicals and many low education voters willing to vote against their economic self interest.  It is hard to keep up to date, but read the link for a good perspective on Russian activities.  https://www.juancole.com/2017/07/trumps-russian-akhmetshin.html

The education system is uneven with many parts of the country investing more than others.  It seems ironic that Trump did best with the low education voters.  At the same time many of the wealthier better educated voted for their economic self interest.  http://www.therealjohndavidson.com/2014/02/reign-of-error-what-direction-should.html

Big money was not only able to contribute massive amounts of money for their interests, but because of laws passed by conservatives and supported by conservative elements in the Supreme Court, could keep much of it secret.  Elections should not be decided or influenced by big money.  http://www.therealjohndavidson.com/2016/07/dark-money-by-jane-mayer.html  The big and dark money enabled gerrymandering that ensures Republican congress members fear their home base more than the Democrat opposition.

Ultimately the voters.  Did they really think Donald Trump was going to represent their interests?  Did they think he understood the complexities of the modern world?  Did they feel putting such an immoral man in charge of their nation was ok, because he would somehow do the "right" thing?  Unfortunately, despite losing the popular vote the Trump agenda will get its chance to set the country back and maybe much worse.http://www.therealjohndavidson.com/2016/06/the-american-iq-test.html

Democracy allows one to get what one voted for.  Some hope that after this experience the voters will wake up and vote more reasonably.  Hopefully they are right.

The photo is of a non voter, Sabre, but I like him much more than the enablers.
Posted by John F Davidson at 1:56 PM