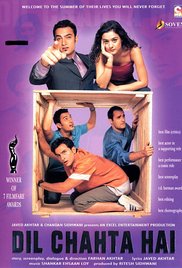 Bollywood likes to have actors that look good, dance good and connected, but they don't require singing ability.  They rely on unseen playback singers, but don't worry that they are neglected.  They have their own fan base and are in demand for movies and concert halls around the world.

Their music has changed with Bollywood taking on rock but also keeping traditional and unique Indian instruments and rhythms.  A didgeridoo was used in "Dil Chata Hai" which was partially set in Australia.

Check out some of the links--even when filtered through western tastes you will find some very enjoyable music.  There is also a lot of variety meaning if one link turns you off, it is likely another will work for you.  You will find an American pop star amongst the links.

Lata Mangeshkar is perhaps the singer with the longest reputation.  She started singing for movies in 1942 and has sung for over 1,000.  I remember reading decades ago (before I had any interest in Bollywood) that she had sold out Maple Leaf Gardens.  The link is to a critical scene in a famous breakthrough movie (for Shah Rukh Khan) and sung with Kumar Sanu https://www.youtube.com/watch?v=cNV5hLSa9H8

Her sister Asha Bhonsle is slightly less famous and is still active in her 80's.  A modern example comes from  "Queen" with the song "Hungana ho Gaya"
https://www.youtube.com/watch?v=4gtc5P5KZxA  with Arijit Singh and perhaps is the most pulsating song in this post.  You can read more about Kangana Ranaut, the star and about the movie:  http://www.therealjohndavidson.com/2014/07/kangana-ranaut.html 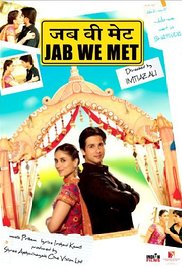 Mohit Chauhan graduated from geology, but turned to  singing with a band called Silk Route and could play guitar, harmonica and flute.   He was recruited by A R Rahman, but got his big break from Pritam Chakraborty.  "Tum Se Hi" from "Jab We Met" is considered one of the most romantic tunes  https://www.youtube.com/watch?v=mt9xg0mmt28

Mohit has a duet with Alyssa Mendonza in "Zindagi Na Milegi Dobara, with "Khaabon Ke Parinday,"  Mohit doesn't come in until towards the end, but this is a delightful picture of a very contented man played by Hrithik Roshan.  A small herd of horses running beside the car got my attention.  https://www.youtube.com/watch?v=R0XjwtP_iTY

Sonu Nigam started singing at age 4 with his father and moved up to Bollywood at age 18.   Like most Bollywood singers he performs in many languages.   From "Agneepath" is a great song "Abhi Mujh Mein Kahi" https://www.youtube.com/watch?v=vjbj51SRgys  Another blockbuster song with Alka Yagnik, https://www.youtube.com/watch?v=O8fIwHfZz2E  He also sang "Kal Ho na Ho," another favourite with Shah Rukh Khan lip synching.

Shreya Ghosal  famous in North America for her version of a song used in "The Second Best Exotic Marigold Hotel," (originally from "Jab We Met") but this is better  https://www.youtube.com/watch?v=rgdo1-oQFuE  She has sung in Hindi, Tamil, Telegu, Malayalam and Kannada.  She has a wax figure done for Madame Tussaud's Museum.

Sunidhi Chauhan started singing at age 4 and made her Bollywood debut at age 13.  She has sung with Enrique Iglesias.  She teams up with actress Katrina Kaif for a very sexy dance number (this is no exaggeration):  https://www.youtube.com/watch?v=ZTmF2v59CtI  See below for two other duets where Sunidhi really shines.

Shankar Mahadevan is one third of my favourite musical team, Shankar Ehsaan Loy that wrote many of the songs in this post.  For some reason I didn't quite credit Shankar with many of the songs he helped compose, but he also sings others.  This first link is a bit unusual as a blues song.  " Doli re doli"  https://www.youtube.com/watch?v=A0mv3J0w3Js  They brought in some seasoned blues performers to enhance the effect

A little more of what one expects from Shankar who is part of a group singing from "Zindagi Na Milegi Dobara", a song he helped write, https://www.youtube.com/watch?v=WuMWwPHTSoY "Dil Dhadakne Do".

Shankar duet with Sunidhi Chauhan in what translates to "Bubble song" https://www.youtube.com/watch?v=RL-xFTSuTpY  This is one of my most favourite videos.  It is fanciful and fits the song.

Farhan Akhtar started as a director, writer, producer before acting and is one of the independents who is allowed to sing many of his own songs.  "Rock On" is a good example and one of the interesting songs "Socha Hai" https://www.youtube.com/watch?v=F3O3akbY8UU

In "Zindagi Na Milegi Dobara he got his co-stars Hrithik Roshan (generally considered best male dancer in Bollywood) and Abhay Deol to also sing in "Señorita," a song used by the Spanish Tourist Board.  There is an unusual pause in the song that helps dramatize it.

Farhan is one of the great Bollywood cinema forces with singing just an extra talent.  http://www.therealjohndavidson.com/2011/11/farhan-akhtar-young-man-on-rise-in.html

Arijit Singh is now considered the hot singer.  He started as a musical director and producer, but won lots of awards including in 2013 best upcoming male vocalist.  He plays several instruments and sings in several languages.    One of my favourites  is the title song from "Hamari Adhuri Kahani"  https://www.youtube.com/watch?v=f3FFOBrMmdg

Another favourite is a duet with Sunidhi Chauhan, " Darkhaast"  https://www.youtube.com/watch?v=LMnJp_dSdnw&list=RDLMnJp_dSdnw They each solo, but play very well against one another.

Shakthisree Gopalan mostly sings in Tamil, although has done Hindi and Engllish.  Here is a Tamil song that is also my overall top ITunes song, "Nenjukkule" written by A R Rahman   https://www.youtube.com/watch?v=XYZwp-WAg6I

Having worked with A R Rahman she was given a chance to sing in a Hindi movie,   https://www.youtube.com/watch?v=iBZN0VT-jBo  this is incidentally the first and only movie where Shah Rukh Khan kissed the heroine on the lips--Katrina Kaifa.  This is a duet with Javed Ali on "Jab Tak Hai Jaan"

Many movie goers feel music intrudes too much, but others feel it enhances emotions.  Many Bollywood DVDs include the songs and often you can relive the movie through the songs.
Posted by John F Davidson at 9:46 AM