Is it human to be a hypocrite? 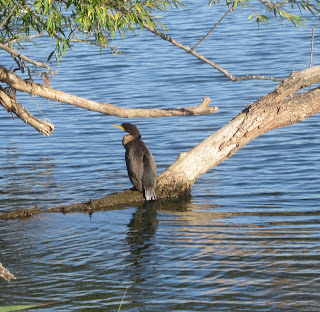 There are few things worse than to be called a hypocrite.  Basically it means you claim to believe something, but in reality betray your beliefs and practice doing something else.  But deep down inside many of us acknowledge the conflict between what we feel and what we express.  We are all influenced by how other people react.  We all have secrets, but are concerned for appearance.  We probably all bend the rules a little and some bend the rules a lot more.

Partly we all like to believe we are in the right and that our intentions are not only in our best interests, but also honorable.  Mostly it is human nature to avoid conflicts with people we have to deal with.  And being weak humans we often find it difficult to live up to high standards.  There may be more to it than false bravado.  Every one of us alive plays different roles in life and they are often in conflict.For instance you can be a man, an employee, a father, a husband, a hockey fan, a voter, a member of a religious group, a New Yorker, a native of your location,  Sooner or later we all get caught in a conflict of roles.  Roles are often in conflict.

Thomas Jefferson and Sally Hemings.  Thomas would be considered a liberal by many modern people and wrote the Declaration of Independence spouting about freedom and the pursuit of happiness.  He was also a slave holder and although a kindly one it now seems indisputable that he fathered some children with his slave.  We don't know if it was even a loving relationship as he was careful to avoid public knowledge.  Read more:  http://www.therealjohndavidson.com/2017/06/thomas-jefferson-and-sally-hemings-make.html

At the time of Bill Clinton's impeachment campaign one of the persecutors was Newt Gingrich who we later learned at the same time was engaged in adulterous behavior.  Many people would have said that such a person shouldn't be pointing fingers, but he was doing so in a very vociferous manner.  Others felt it was nobody's business, but not Newt.  He felt it was unacceptable for a leader to be so immoral, but really it was political maneuvering.  More recently Donald Trump and Rudy Giuliani two divorced adulterous men feel compelled to criticize Hilary Clinton for her marital problems.

Trump himself identified voter targets and decided how best to seduce them.  Evangelicals, the poorly educated, racists.  In some cases he would laugh at their stupidities.

Republicans for the most part have an economic agenda on the idea that anyone has the right to make as much money as possible and to keep it.  Freedom somehow seems to allow the exploitation of other people.  Although most people would like to make more money too many would realize they are being left out.  In order to gain power those seeking it for their economic agenda have to offer something to satisfy the majority they need to get elected.  Most powerful people with notable exceptions are educated and reasonably intelligent realizing they have to win over people less educated and intelligent.  I will let others point out the hypocrisy of liberals which they also share.

Dichotomies can be hard on us.  Being a parent and also being active social person presents conflicts. You don't want your children to have your bad habits, but you aren't willing to give them all up, at least not forever.  Many smoking moms and dads will try to hide their habit from prying eyes.  Sooner or later it usually fails.

One unfortunate historical reality was with closeted gay people.  For most of history it was natural for them to hide their sexual preference, but some went further.  To distract possible accusers they criticized, sometimes viciously other gay people or tried to blackmail them.  Perhaps an extreme, but illustrates all conflicts Read more on  Barney Frank http://www.therealjohndavidson.com/2015/07/barney-frank-has-interesting-book-out.html

The anti abortion protesters hit our consciousness with the sacredness of life.  Many of the same are opposed to contraception, sex education, parental leave and other abortion reducing measures leaving me to feel a big part of their motivation is against promiscuity and recreational sex.  Many of the same people support gun rights in the face of all too frequent school shootings.