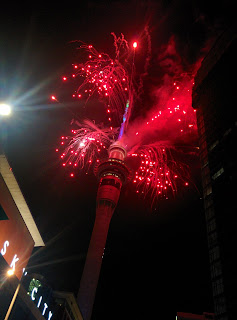 A confession.  My enthusiasm for the Olympics has declined with age.  This year politics is disgustingly more obvious.  There are more distractions:  surviving the pandemic, the Canadian truck convoy, evidence mounting regarding the January 6th insurrection, Russian/Ukrainian crisis, and some interesting blog projects:  Muhammad Ali, Caste, My Holo Love, A Thursday.

Russia poised on the Ukrainian border.  Vladimir Putin visited Xi Jinping and attended opening  for Olympics to help offset  diplomatic boycott of some western nations including Canada.  Apparently China does have closer relations with Ukraine including a need for natural resources and students.  At time of writing it seems very possible an invasion will occur blatantly after the U.S. and others have promised severe sanctions.  Tensing up, even as the Paralympic Games start in Beijing in less than two weeks.

Russia known here as ROC (Russian Olympic Committee) caught cheating is able to give its athletes the opportunity.  A young 15 year old Russian figure skater identified having used a forbidden drug reminding us how Russians were forbidden to compete under their flag.   As I understand it Russians have been known for drugs that permit prepubescent women to boost their performance, but which also harm them after puberty.  This should not be permitted and used to extend and/or increase Olympic sanctions.  In the women's single she was expected to win, but under a lot of pressure she fell and placed fourth.  Despite weeping under the pressure was not consoled by her coach as other losers had been.

A few months prior a Chinese tennis star Peng Suai had made a charge of being sexually assaulted by a Chinese government administrator, but that action was ignored and withdrawn.  The Women's Tennis  Association wasn't buying the explanations and decided to withdraw from planned tournaments in China at great cost to themselves.  This prompted some athletes to boycott the Olympics and some governments to use what they call a diplomatic boycott, meaning they would not lend any political prestige to China by sending prominent elected officials.  During the games, Peng Shuai announced she would retire in a press conference staged during the Olympics.  Very obviously manipulated and not taken seriously.

The Covid Pandemic had multiple effects.  Several athletes decided to boycott on that account.  Others were affected during their training or forced to withdraw because of getting it.  The NHL had major problems rescheduling games and decided not to allow players to participate to allow an attempt to make up the lost games.  This affected several teams, but in the end Finland won its first hockey gold medal defeating the ROC in the finals.

The ancient Greek tradition was to suspend wars during the games and enter the competitions in a peaceful mode.  But the Chinese announced freedom of speech restrictions.  Athletes were advised not to bring cell phones.

China (and other nations) wanting to boost their rankings lured foreign athletes to participate under their flag.  Some athletes were not able to make their residential team and jumped at the chance.  China was successful at winning a gold medal this way as well as trying to be more competitive at weaker sports like ice hockey.

It has been suggested that it would be better to have a permanent site for both the Summer and Winter Olympics.  That in itself would be a political decision, but everyone could probably agree that Greece would be natural for the Summer Games.  A northern country would be necessary for the winter Games and for its neutrality Switzerland would be acceptable.  Then how it would be paid for should be an international effort with media and ticket revenues to contribute.

The Facilities were very impressive.   It was a shame that because of Covd protcols small crowds were normal.  Officials, journalists, some team mates and support staff took up some space, but sadly relatives who in many cases were the biggest fans were not allowed.   There are complaints that the facilities often wasted after the games.  Some become training facilities and could be used for international competitions.while otherrs adapted for other uses.

Using artificial snow for scarcity of the real thing.  Artificial snow contains more ice, making it faster. and in some ways more dangerous.  The winter Olympics and skiing resorts are at risk because of global warming.

It was pointed out that this was the most gender neutral Olympics.  A few events required both female and males on the same team.

Now for a few hi-lites.  February 4, 2022  brought a creative opening ceremony.  For some of us the ultimate was a visual presentation of John Lennon's "Imagine" in Chinese and English.  Traditions were respected and creativity was on display.

For a new set of events (several years ago in attempt to modernize) were snowboard and ski acrobatics.  In a way they offer an alternative to the diving spectacle.  In diving they are short in time and demanding.  In the winter sports there is usually more time to perform and perhaps spectators can catch more of the fine points.  Heavier clothes probably inhibit motions, but in the future restrictions might be alleviated.

Short track speed skating is only a few years and definitely require different skills.   It is an outgrowth of Quebeckers adopting hockey rinks for speed contests, but is now well accepted around the world.  Relay races are handled differently than we are used in track events, but very interesting in their exchanges.  In track there are boundaries and of course the danger of dropping a baton.

Another event that deserves greater appreciation is the biathlon.  It requires intense speed and endurance, but the heart needs to slow down for shooting.  One of the events had to deal with inconsistent wind bursts that in effect handicapped some athletes that had to fight the wind in their shooting efforts.

There were a few heroes from a Canadian perspective.  Max Parrot, from Bromont Quebec stands out winning gold in snowboard slopestyle, three years after undergoing chemo therapy for Hodgkins lymphona.  The women's hockey team with local goal maker, Sarah Nurse, won gold over perennial American rivals. The Canadian women beat the Russian women's team while wearing masks.  Isabelle Weidermann, won three medals including a gold for pursuit speed skating.  In the pursuit event Valeie Maltuis was a short track skater who is only the fourth athlete to win in both skating disciplines.  Isabelle became the Canadian flag bearer for the Closing Ceremonies.

I misunderstood the tv. schedule and almost missed my favorite, the skating exhibition.  CBC showed after the closing ceremonies as I imagine they wanted to cover some actual events finishing up at the same time.

Learned of a personal connection.  Benjamin Coakwell, Moose Jaw, Saskatchewan was part of the four man bobsled team that won a bronze medal.  I don't know how he is related, but have been assured that anyone named Coakwell is related to me, as the original immigrants to Canada had been called Cawkwell.  My mother was a Coakwell.

The Olympics is a major big festival that draws global attention.   It provides entertainment, but also encourages participation and awareness, not only for elite athletes, but also recreational. To a small degree it actually does promote world peace, but under present management falls far short of saving mankind.

Also although impressed with athletes on display, am somewhat turned off by an increasing circus atmosphere.   The Olympics has grown with inclusion of new sports and events.  I have sympathy for gender balance and recognize that more sports offer more opportunities for recreation as well.  The difference between gymnastics and circus is that one requires the athlete to make difficult things look easy while the circus performers make easy things look difficult.  The Olympics has gotten too money oriented and carnival-like.  This is not to distract from amazing athletic performances, but too much of a good thing detracts from value.

My lifelong passion for the Olympics will be tested.  In my early adult years I was obsessed with American style football and would watch over 10 hours a week during season.  A comment from a friend, about how football players are encouraged to injure their opponents turned me right off and I probably watch less than half an hour per year combining NFL, CFL and American and Canadian college games.    I do intend to watch the upcoming Paralympics with its unique aspirations but am also concerned for their future.