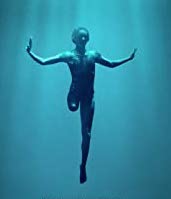 Apparently all the nations in the Olympics pledged not to engage in any military actions from seven days before the Olympics until 7 days after the Paralympics.  Putin had visited Xi  perhaps to shore up his invasion plans and assure Xi he would not cause problems for the Olympics, even helping to offset western countries snubbing the Opening Ceremonies.  However he thought the timing was better after the Olympics to invade Ukraine.  Part of the attack was based in Belorussia.

It seems to be unavoidable that innocent people suffer for the actions of their leaders.  Putin is a sports fan and likes to use sports as propaganda.  The rest of us feel helpless with the reckless behavior of Putin and perhaps feel guilty that we aren't willing to risk escalating the fight.  Ukraine given the honor of first team to enter the Birds Nest for the opening ceremonies.

Competitiveness is still uneven, but more nations are getting involved and upping training and coaching.  As competition standards rise the events become more entertaining.

Para ice Hockey was more exciting than expected.  Lots of body checking and a fast pace.  One difference was that because the goalies were low to the ice, the best shots were over the head which was not practical for regular hockey.  As usual Canada's biggest rival was United States who did win the gold medal.   No women's version.

In all the ski events there were three versions.  One was standing and another was sitting where the athlete sat on a special seat.  The third was for visually impaired which required a guide.   Alpine skiing was very impressive with the athletes on a precarious edge to gain advantage.  In the relay events there was no baton, but put the incoming and outgoing skiers on different tracks so that when one passes a mark the other can begin.  Makes for a smoother transfer.  The artificial snow made

Never paid much attention to curling, but since tv coverage is dominant timewise was able to watch more than usual.   I came to appreciate judgment, strategy and skill and competition can be tense.  It took awhile to realize there was no one sweeping in front of the rock.  the curler starts from a stationary wheelchair, but are able to create a curl  and aim precisely.

Every athlete has a story of tragedy and hardship and it is inspiring at how they have over come their past and set an encouraging option for others.  A few examples follow.

The McKeever brothers used to do a lot of sports together, but when the younger Brian developed macular degeneration the older Robin decided to help carry on with Para skiing.  Robin decided to be a guide which he did for several years and later became a coach.  The guide has to be able to keep pace as well as be the eyes of the contestant.  Brian has won 16 gold medals and 20 in total (1 less than Chantal Peticlerc).

Tyler Turner survived a parachute mishap that required amputation of both legs.  He won gold in snowboard cross.

Mike Ideson had a helicopter accident that turned him to Para Curling.  In previous Paralympics he led Canada to a gold medal and this time around  bronze medal.

Oyuna Uranchimeg was a translater from Mongolia and had a very severe accident while visiting to Minnesota.  Her injury was so severe she felt it was better to get treatment while in the United States.  She wasn't reunited with her son for 8 years.  In the meantime became an American citizen and tried various sports until she discovered curling and was able to make the American team.

One of the broadcasters, Summer Mortimer turned out to be of local interest.  She was educated in Hamilton and even was a member of the Hamilton Wentworth Aquatic Club (as my daughter had done  and for which my wife and I had been volunteers).  She was a competitive swimmer and also with trampolining.  In the latter sport she had an accident that crushed both her feet.  She had to have serious surgery and spent several months recovering, but her ankles made it impractical for swim turns.  She instead turned to Para swimming and at the London Olympics won two gold medals.  A few years later she competed for her mother's country, Netherlands and won more honors setting records in the process.  She pursued some artistic pursuits (painting, singing and acting).  She was accepted as a sports commentator including the Beijing Olympics as well as the Paralympics.  She commented on the wide diversity of the disabled athletes

Alan Parsons, the president of the International Paralympics Committee gave an impassioned and pointed speech at the Opening Ceremonies.  Later he had a CBC interview in which he pointed out that special efforts had been given for transportation and security.  He remembered giving out medals for an event where the Ukrainians won all three medals.  He pointed out that the purpose of the Paralympics is inclusion and peace.  After three Olympics/Paralympics in Asia (Korea, Japan and China) the next will be in Europe (Paris and Milano-Cortina).   There will be a meeting that will include a discussion of what to do with Russia and Belorussia.  The discussions to exclude them for the Paralympics had been drawn out with the decision finally resulting in expulsion.

Technology was on full display for both the Opening and Closing Ceremonies.  A pity the audience had to be sparse.

Surprised to learn that although Canadian Olympic medal winners get a cash bonus, the Canadian Paralympic medal winners do not.  The fund raising is done separately and there are more corporate sponsors for the Olympic winners.  Chantal Peticlerc, now a Canadian senator has raised this issue and hopefully it will be rectified.  It is good to see corporations supporting these games. There are plenty of corporate advertisers for the tv coverage of the Paralympics.  Both the United States Netherlands and Australia reward equally medal winners for both the Olympics and the Paralympics.  The Canadian Paralympic Committee had been given a sizeable government grant, but opted to invest in infrastructure and sending athletes to competition,

Television coverage was relatively sparse compared to the Olympics.  I imagine ratings had something to do with that.  The movement is doing the right things and it is likely the calibre and competitiveness will rise and earn a better share of attention.  As Alan Parsons pointed out the entertainment value is important, but the Paralympics serve a bigger purpose.

The rest of us are starting to better accept disabled people.  Many of the commercials showed athletes, but also we were shown non athletic.  A ballet dancer with prosthetic leg.  Accessibility is an issue of concern. The athletes are proving many disabled people are capable to contributing to society and we all benefit when they are given the opportunity.  15% of the world is classed as disabled.  We are all better off as more people get closer to their potential.