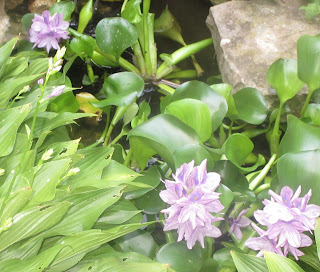 Why should anyone bother with the Paralympics?  Are they some kind of freak show?  Must be an offshoot of the Olympics so some rich dudes can make more money!

A bottom line question might be why do we like sports as entertainment?  Society probably would be better off if more people were physically active.  What makes sports more satisfying than  calisthenics?  Two things We have come to appreciate skills on display, but more critically we love the uncertain drama provided by honest competition.  How do "disabled" people fit into this?  They also can provide competition, develop skills and in addition they can take a more productive and respected role in society..

Alan Parsons, president of the International Paralympic Committee at the Opening Ceremony spoke about "wethe15" group that advocates for the disabled.  The 15 refers to 15% of the world's population is disabled in some manner.  Their goal is to end discrimination which means such things as changing laws, developing assistive technology, reducing systemic barriers and educating the rest of us.  Inclusion benefits us all.

The original goes back to 1948 in London, England where some doctors attempted to rehabilitate people who had been injured in war.  It was also the year that the Olympics was held in London and organizers decided to call there event Paralympics, standing for Parallel Olympics (not paralyzed as some came to assume)>   It was realized they needed some competition and the first that seemed practical was for archery.  As time went by more people were included that were disabled from accidents, from genetics or from war.  Israel set an interesting example as they had been involved with armed combat that ended in injuries.  They needed to treat their wounded warriors to show them and others that they would not be forgotten.

My awareness started in 1976 when I was working on a book on basketball and the Montreal Olympics allowed the Paralympics to locate in Etobicoke.  One of the things outsiders notice about basketball is that tall people seem to dominate, even more than with other sports.  Trying to adapt basketball to a wheelchair format involved an even greater range of physical handicaps.  There were a variety of physical handicaps--some people had amputated arms or legs or were partially paralyzed.  These were assessed and give a point value.  A team could exist with a wide range of abilities, but to make it reasonably fair the players on the court at any one time had to have a total point value.  This meant that as players were substituted the points would remain under the acceptable limit.

While trying to understand that concept I watched what I consider one of the most exciting athletic achievements of my life.  Arnold Boldt had only one leg and it was lightly raining.  Both he and one competitor were successful at increasing heights.  When crunch time came, not only did Arnold win the gold medal, but went on to set a world's record.  I don't remember what it was, but it was over my head.

4,500 athletes from 160 countries   Korea was the first nation in 1988 to have Paralympics in the same city as the Olympics   (use many of th same facilities)  politics put aside for common endeavors.  The CBC is providing described video and American Sign Language for their coverage.

Classification of disabilities is key to having fair (and competitive) events.  Because of the many classifications there are more medal events, 539 than at the Olympics.  Unfortunately there are athletes from all nations and all sports who look for opportunities to gain an advantage.  Getting oneself classified as having a greater disability gives the cheater an advantage.  platforms for medal ceremonies were level

The flag has three agitos (from Latin translates to I move) in green, red and blue, the most popular colors on national flags.

We're not here to inspire.  We are here to win" is the motto of the World Wheelchair Rugby..  They want to be known as athletes.  There is a story behind each athlete and here are some of them.

The Refugee team has 6 athletes.  Male flag bearer Abbass Karimi was born with no arms, fled Afghanistan at a young age and has been in 4 refugee camps where he learned to swim and compete in backstroke and butterfly.   He now lives in Fort Lauderdale, Florida

Guides for the blind are unique. They have to be able to keep up with the athlete, but also make sure they do not stray off the path or fall.   One celebrated guide is Andy Potts who has competed in the Olympics and Iron Man Competitions.  The Covid pandemic has cut his opportunities to compete and also his training and coaching facilities.  Kyle Coon had participated in triathlons for visually impaired and was able to hook up with Andy.  In this version of the triathlon the guide is tethered for swimming and running and rides on a tandem bicycle where the guide is in front steering and braking while the athlete pedals.

The Afghan athletes withdrew because of flight cancellations and were concerned that the Taliban will disapprove of their desire to compete.  The International Paralympic Committee has decided to incorporate the Afghan flag into the Opening Ceremonies.  While the Paralympics had started the two athletes were able to be evacuated by French, taken to Paris and then flown to Tokyo.  The event one had registered for had already been held, but authorities allowed Hossain Rasouli who had lost an arm to a land mine to enter a different event.

Goalball, a unique sport for the blind has more referees than on court players  There are three players per side who take turns throwing a ball with bells towards a goal.  As there are degrees of visual impairment each player wears a mask.

World Games for the Deaf has been established since 1924.  It might seem logical if they combined their resources with the Paralympics, but they don't think so.  To start with they do not see them as impaired, but more like a cultural and linguistic community.   They have only one classification to determine if they are qualified as deaf.  There are no sports just for the deaf and only a  few adjustments.  The main adjustment might be using strobe lights instead of starting guns.  The differences are significant, but so are the commonalities.  At various points the Paralympic movement communicated messages in sign language.  There is strength in unity.

The Covid pandemic closed access to pools for the Canadian Paralympic swimmers more than for other nations.  Japan had its own decisions to make--they felt obligated by international and commercial agreements, but still the population opposed honoring the arrangements.   As expected Covid rates went up during both games.  For the Paralympics they further cut down audience accessibility

Ibriham Hamadtou, 48 year old Egyptian lost both arms in a train accident at age 10 plays table tennis by hold the paddle in his mouth and serves with his right foot.

Katarina Roxon from Kippens Newfoundland and Labrador had highway section name after her.  She won a bronze medal in a relay event.

Katie O'Brien had been a bobsledder who took part in the 2013 World Championships, but then switched to cycling and took part in the Rio Olympics.  She was involved in a cycle crash in a velodrome that threatened her life. She was told she would never be able to walk, cycle or talk properly, however she did recover.

Vanessa Low, representing Australia set 3 world records in succession.  It happened in the long jump in 3 successive jumps where she beat the established record.  At age 15 in Germany she was pushed in front of a train and had both her legs amputated above the knee.  She competed for Germany and met here future husband, Shaun Reardon, an Australian para athlete.  She switched citizenship she she married.

Patrick Anderson who helped Canada win medals in previous Paralympics skipped 2016 and then at age 42 decided to try again.  His moves, shots and passes will excite any basketball fan.  Also performs professionally with wife in a singing duet.  Canadians finished 8th.  Wheelchair Basketball has reached such a status  that it offers scholarships to American universities and has pro leagues in Spain, France, Brazil and Turkey"

Sitdown volleyball had a breakthrough with tv. coverage.  CBC promised to cover two games which they did, but it proved so popular they played live a full game with non Canadians (Brazil and Italy). They went on to cover at least two other full games, but unfortunately Canada finished fourth. They provided the tension that sports junkies are addicted to.  It originated in Netherlands to help injured soldiers.  I was surprised  to see how frequently the players would be standing, talking to their coach or celebrating.  The impairments are diverse and some not visible, but there are rules to even the play such as requiring a player to have at least one buttock on the floor at point of contact.  They also require each team on court to have only one player of the least impairment.

People you might have looked at and tried to ignore are often very interesting.  One character who elevated himself to an international media star is Grant "Scooter" Patterson from Australia.  He has won two medals, but it is his personality that has drawn attention.  He has a form of dwarfism (diatropic dysplasia), but has managed to live an enjoyable life.  He has used his platform to encourage parents of disabled children.  Check this  amazing out.https://www.youtube.com/watch?v=GLlP4vzKA7g

The Closing Ceremony was different in that the athletes gathered in the stadium and waited for the flag bearers.  There were questions about whether the games should have been held, but it was felt that they were necessary to help keep the movement going forward.  My feeling is that each time they have held the games they have advanced in skills and organization and just importantly have made the world pause to realize the impaired have much to offer and deserve more respect.

As with the Olympics the program switched live to Paris where it was daytime.  Various performers demonstrated, but perhaps the most impressive was a man paralyzed except for his eyes was able to with technology deliver a message.

A tradition established at the 2014 Sochi Paralympics was an offshoot of the Paralympic movement labeled '"I'mPOSSIBLE.  The words "impossible" were hung from the roof while Alexey Chuvasey, a Paralympian rowing champion climbed a 15 meter' rope to insert an apostrophe and make it I'mPOSSIBLE signifying achievement. Awards were given out to recognize contributors to the movement:  Katarzyna Rogowiec, a cross country skier  from Poland won the female athlete recognition .  She had won gold medals and later served in such IPC committees as the one for Anti-Doping.  The male version went to Lassam Katongo of Zambia.  He had been a coach, a board member and a teacher.  Two schools from Japan and one from Malawi were recognized for teaching the Paralympic values and boosting inclusion.

What a Wonderful World ends the television coverage with different versions.  It is getting better for more of us and the Paralympics is a booster.

A blog about a movie on the history of Paralympics contains more background and more names:  http://www.therealjohndavidson.com/2020/09/rising-phoenix-disabled-move-forward.html

To read about the Tokyo Olympics check:  http://www.therealjohndavidson.com/2021/08/2021-olympics-part-two-people-who-made.html

To read about the 2016 Rio Olympics and Paralympics:  http://www.therealjohndavidson.com/2016/09/olympic-impressions-for-2016.html