Are Campaign Strategies in Canadian Elections in Your best Interest? 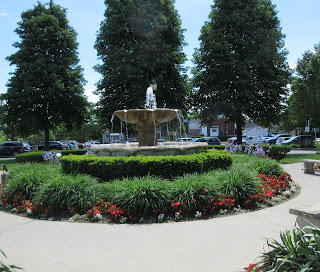 In trying to determine the best way to get elected Canadian politicians have to understand the system.  The Prime Minister is selected by members always on a party basis.  The members are elected by a First Past the Post system which means they have to get more votes of the elected members than any of their opponents.  If the total of member votes is over 50% we have a "majority" government.  If not a negotiation ensues involving at least two parties  What this boils down to is each member does not need to get a majority to get power.

With polling resources history and psychology factored in, the prospective leader decides which ridings are likely to be winnable and which issues will appeal to their core base.  This guides where they visit and what they promise and what they criticize.

We have 4-6 national parties who are all trying to put their limited resources to where they could expect the best results.  The FPTP system means they do not have to persuade everyone to vote for them or even 50%.  Another factor is that partially because of this system many do not bother to vote, either thinking (most often correctly) their vote would not make a difference and others feeling it was not needed.  Then you might try to determine what your core supporters would like to see.  After that what other issues could you address that would not deter your established supporters and perhaps gain more supporters.  The advantage of a multi party system is that each party could cater to nuanced thinking as for example those in favor of strong fiscal policies might split on social concerns.  We Canadians do not really fit into two schools of thought on how we want the government to represent our interests.  In the American system voters can protest with independent parties, but in reality they have to choose from two packages of policies.

The voter is faced with four or more choices and some without giving it much thought already made their decision.  Others wrestle a little bit about competing policies.  At some point a few decide who they do not want to win the election and then decide which one of the opponents has the best chance to prevent the selection of the dreaded opponent which often means they do not select their most favorite.

The national leaders are faced with a challenge.  They cannot go everywhere and they cannot please everyone.  Where they go is partially dictated by financial resources.  They try to pick ridings where they have a chance to win.  They know from history and possibly polling which are the best bets.  They know they do not have to achieve a majority, only a plurality.  Beyond the specific ridings they also consider provinces, regions and cities with multiple ridings.  Their schedule will be tied to where they think they can win a plurality.

What does all this mean to the country?  Often one party is able to win the majority of ridings and become the government, even though in some cases they did not get the most total votes and most often not over 50%.  Sometimes no party gets a majority of the seats and they negotiate to see what combination of parties are compatible enough to govern.  That process seldom goes beyond two parties, but at least does force compromises appealing to a wider range of voters.  The party in power makes the big decisions and can safely ignore the wishes of many.  If the leader of a minority government determines they have a chance to become a majority they can call an election at a time that they feel favors them.

All too often a voter realizes that their first choice has no realistic chance while at the same time realize the party that they detest has a much better chance.  The solution is to vote for a less disagreeable party that has some liklihood of winning.  Proportional Representation offers a better deal. The voters votes for their first choice because it will be added to a wider range of voters and count towards actual representation.  They cannot be ignored even if they support a party that has less local support.

The established parties like the old system as they can understand what they have to do to win--basically split their opposition  (divide and conquer) while building up a strong base.  Minority leaders like PR because they see that is their best chance to get their foot in the door,  Voters benefit from PR because their vote really counts, all ideas have to be argued.  It encourages rational discourse.

After whoever gets elected the voters need to remind the members we want a better system.  Many countries have benefited and is reflected in greater co-operation among different viewpoints, greater progress against climate change. and other progressive goals.  It has been realized that counting on politicians to set up electoral reform is almost impossible.  A citizen's assembly has proven to be more effective.  An honest politician need not worry if they have a valid viewpoint as there likely will someone who wants the same viewpoint to be represented.  It is key to a voter decision that those they choose represent their viewpoint

A reminder and more explanation:  http://www.therealjohndavidson.com/2017/02/a-broken-promise.html