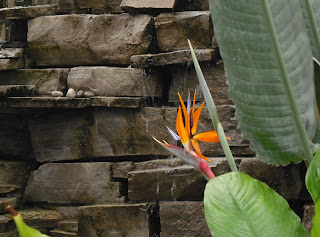 As a Canadian I did not vote for the Liberals, in fact I voted for the Green Party, one of the minority parties that stood to benefit from electoral reform.  Minority party supporters all stood to gain, but more importantly so did everyone else.  Who knows what Justin was thinking, but I suspect he figured he would do better under the current voting system.

Over the years I have noticed a lot of confusion over what proportional representation really means and many think the status quo is ok, so why try to complicate the matter?  What they don't seem to realize is that most of their votes are wasted.  It is great if your party gets in, but very possibly you could have stayed home and your party would still have won.  Mind you, if everyone took that attitude (and some do) your party might not have gotten in.  More votes than what is needed don't have much if any real impact either.

In a multi party system more often than not, the winning party does not get over half the votes which would signify more of a true mandate.  In fact a common strategy of politicians is to split the opposition.  If you really want your vote to make a difference take a closer look at the proportional systems.

Although most people claim they vote for the person, not the party, it doesn't really hold up.  A great number vote for the party regardless--I offer Donald Trump as an example.  Under some proportional systems you are contributing towards your person.  If each party has to provide a ranked list you not only evaluate where your favored person ranks, but can also evaluate the character of all those on the list, compared to other lists.  It is true for a party or a candidate to actually get elected they must attract a criteria point.  If they don't, they don't make it.  You could say in that case your vote didn't accomplish anything, but in fact you have at least registered your support which may be useful in future elections.

In general, minority parties do get more representation, but a status quo party might well find they are able to use excess enthusiasm from one area to bolster less enthusiasm elsewhere. A problem for some winning parties is that they don't have representatives from all geographic areas or have a suitable gender balance.  A ranked list can give fairer representation for everyone.

In my case I know my vote won't make as much difference, but I feel I have registered my support and hopefully someone else will be encouraged.  But combined with other Canadian voters across the nation, the Green party (substitute your minority choice) would under proportional voting get a few more voices and a bigger platform where they can have some influence.

Was there enough consultation?  Of course there could always be more.  Details do matter.  Referendums are scary, but with most political parties favoring a new system I think it would be fairer than the one held in Ontario a few years back.  The public has to let itself be heard.  In the future I suspect one party or another will see it has a positive issue.

The biggest problem is not the honest confusion, but that those who make the rules benefit by the rules they set.  If one can get elected with only 39% of the votes and control the rules it makes sense to keep the rules that help maintain your power.  It would help if more people realized where their advantage lies to impact decisions they care about.

Although I feel my vote was "wasted" I am glad I didn't stick with my status quo choice of Liberals because I would be pretty angry.  The photo is just a contrast to an ugly decision.