WHEN YOUR GUY GETS IN, IS IT OK? 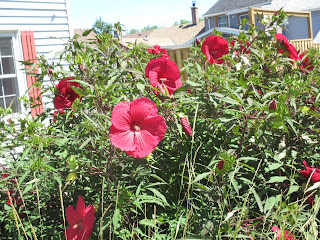 The title is based on a comment by a critic of proportional representation.  While many of us complain about first past the post elections our critic pointed out we were only upset because "your guy didn't get in."  Admittedly there is some truth to that.

On the other hand there is a tendency for parties to alternate winning and often each wins with less than 50% of the vote, although they can still gain majority control.  They each know that they just have to get a little edge and don't have to win over 50% of the voters.  Of course this is only true when there are more than 2 political parties.

In Canada two conservative parties split votes until they decided to merge.  This improved their election prospects, but Canadians lost a choice.  There was a difference as one of the two parties was more socially progressive so those who liked fiscal conservatism, but were open to progressive social policies and for that matter those who preferred opposite policies found they had to deal with compromise.  Compromising is not a bad thing, but when it limits the voters choices not such a good thing.  And of course different people inspire different levels of trust.

With a diverse population there are many different individual priorities and voters would emphasize different factors.  We of course need to come up with a reasonable consensus, but it would be better if it was an honest consensus hence the desirability of more than two choices.

Often because of fear we do often face only two choices.  We dread a party with what we consider dangerous notions.  We fear splitting the opposition to that  dangerous party and choose usually the most likely.  In effect we have forfeited our true preference.

From personal experience in Canadian elections I became conscious that in Canada for many the Liberal party is the default party whether you wish to avoid the Conservatives or the NDP.  Perhaps that is why Justin Trudeau preferred a ranking system and vetoed the proportional system where his party's chances would be at greater risk.  He is not alone as most politicians seem to prefer the status quo as that what allowed them to win.

We should also bear in mind that vested interests try to attach themselves to something with more popularity than themselves.  What are vested interests?  Some examples include financial interests, oil interests, pharmaceuticals.  There are few choices that do not involve corporate wanting to effect legislation.

Lists can be publicized in advance ranking candidates as to which would be given priority dependent on how many seats a party is allowed.  Assuming my idea of lists before the election each party has a problem of how to delegate their candidates.   They need to boost confidence that they have good decision makers so those who have that reputation need to be high on the list.  Geography ie. local concerns is a key factor to spread support over as wide an area as practical.  Different, but essentially agreeable viewpoints need to be available to make sure voter nuance concerns are encouraged.  Gender has been a focal point for advocates that more women gain political power.  The list is critical for a party's platform assuring as many voters as feasible that their interests will be taken care of.  Decisions made after the election are subject to political manipulation which

Below is an example of how proportional voting could help a party in power.

Stephen Harper's party in 2006 won the majority of seats, but were lacking members from Vancouver and Montreal that traditionally would be represented with a cabinet minister.  Harper likes to present himself as a man of principle, but broke two of his principles.  He didn't approve of enticing opposition members (it had been done to him) to switch sides, but decided in one case that was his best option.  He enticed David Emerson the Liberal member for Vancouver Kingsway with a cabinet post--Minster of International Trade.  He also didn't like how the Canadian Senate was filled with appointees, but again bent his principle to take a Senator for a Cabinet position.  Actually he took a Conservative campaign organizer, Michael Fortier from the Montreal area and after appointing him to the Senate made him the Minister of Public Works and Government Services. This could have been avoided with a proportional system by listing Cabinet potential candidates to a higher ranking.  Some voters claim they vote for the "man" and not the party, but they still can vote for a slate of specific people under proportional voting.

Credibility is important to have a true mandate.  Winning 39% of the votes, but also 50%+ of the seats gives power under the first past the post system, but is the country really behind you?  More can get done when true legitimacy is confirmed by the electorate.