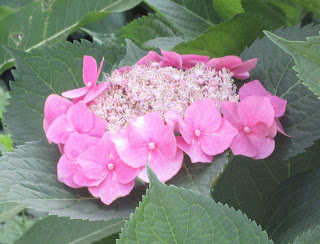 As a private consumer the climate crisis makes me feel almost helpless.  Us Canadians are a privileged part of humanity that can preach to others to curb their desires to help fight the biggest battle of history.  I am not so pure--I drive an older car, eat meat, go through packaged goods and have an appetite for traveling.

Many political entities are making efforts, but still the biggest one, the U.S. Government is dragging and even pointing out that too many of their competitors are taking advantage of them.  Corporate interests, particularly those associated with fossil fuels are fighting effectively against the tide.

Will greed do us in?  As individuals we are part of the problem and part of the solution, but relatively powerless against vested interests.  We drive gas driven cars because we have limited resources and advertising has convinced us they will fit in with our needs.  We eat meat, because it tastes good and we understand it is the best source of protein.  Packaged goods are practical and necessary.  There is a corporate structure that we fit into which hates disruptive change.

Innovations have always threatened and been resisted by the establishment.   In the past it has often resulted in one set of jobs being replaced by another set of jobs and the economy makes some adjustments.  Most of the suggested solutions for fight the climate crisis involve conflict with vested interests including our own.  Read more about innovative disruption:  http://www.therealjohndavidson.com/2013/03/the-innovators-dilemma.html

The environmental movement, necessary as it is has taken on elements of religion.  One critical element is the idea of sinning by not changing your life in enough details for future mankind to survive.  We have saintly leaders--one I recall is Al Gore, often criticized as a hypocrite, but a newer one has emerged to capture our admiration.  Greta Thunberg, a 16 year old from Sweden has thrust herself into the battle and has spoken eloquently to shame much of the older establishment.  I wish her luck and hope that indeed more of us are shamed into being more active.  When asked if she would like to meet Donald Trump she replied it would be a "waste of time."

Her latest effort has shifted the focus a little to the perils of air travel.  Instead of flying to New York for an United Nations environmental conference she will be sailing relying on solar energy.  She realizes that she is privileged to have this option and that in fact it is not totally zero emissions free.  Its main purpose is to set an example and perhaps to shame the rest of us (who can afford it) to reduce unnecessary carbon emissions.

The problem is really two fold.  We as individuals need to do our part by setting an example and spreading the word.  But the bigger task falls to governments and corporations that have immense control over our lives.  Auto emission standards have been a political issue and efforts have been made to encourage electric vehicles.  There have been powerful resistance to these simple incremental improvements.  Technology has developed a lot of innovations that could dramatically help reduce carbon emissions as well as other global warming agents, but in many cases they are up against entrenched interests.

As individuals we have two tasks.  The first might be to temper our greed.  The second set in motion by our collective examples would be to prod the governments and big corporations to join the battle more seriously.  The governments make decisions based on anticipated votes, but also on donations often by those who want to influence policies.  A vote can be powerful, but is limited in many ways (expense of elections, first past the post, gerrymandering, etc) and needs to be strengthened--Al Gore pointed out that we need to fix democracy first .  read more:  http://www.therealjohndavidson.com/2017/11/an-inconvenient-sequel-truth-to-power.html

Greta pointed out that it is not just climate change but a "climate crisis," that is gradually becoming part of everyday conversation.  It needs to be more as not only do corporations fear innovative disruption so do most citizens around the globe.

An earlier blog from 2011 gives a little different perspective.  The author, Paul Gilding of "The Great Disruption" had been discouraged by the lack of response for more involvement.  He uses the example of World War II, but also suggests the more work done beforehand the greater chance of success.  http://www.therealjohndavidson.com/2011/07/great-disruption-is-it-really-on.html

Still another strategy coming from "The Wisest One in The Room" focuses on incremental steps and suggests that mitigating efforts are not wasteful, but after getting one's foot in the door can lead to more serious results.  http://www.therealjohndavidson.com/2016/10/the-wisest-one-in-room.html

Lots of ideas and strategies for us to push buttons individually and collectively.  The basic concern of this blog started out with flight shaming and I am still wrestling with it.  Over my 71 years my flights probably averaged less than one a year, but that average has crept up over the last two decades. Two things:  I will have to be selective and somehow push for more environmentally transportation choices.

This follows a radio discussion on CBC led by Matt Galloway.
Posted by John F Davidson at 10:11 AM