CLIMATE CHANGE AND THE AMERICAN ELECTION 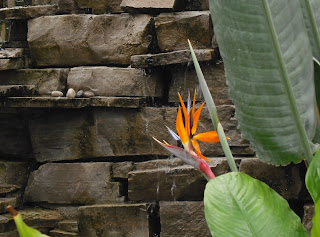 Although there is increasing acceptance of climate change, both major political parties seem reluctant to prioritize it.   Of course the Republicans are loaded with climate change deniers, but Democrats are reluctant to be too boisterous about the issue.

One candidate Jay Inslee, the Governor of Washington state made it his priority and he was one of the first to drop out.   He did make a point and campaigned for a debate exclusively on climate change, but would not have qualified for it.  His efforts have encouraged other candidates to offer plans for combating climate change.  Perhaps if the Democrats win there will be a national role for him.

A suggestion to have a a debate devoted entirely to climate change was voted down by the Democrats who were forced to accept a sequential town hall discussions with one candidate at a time.  Part of the reason might be not to offend potential donors.  Another part might be to not offend some voters.

The Republicans are indebted to the fossil fuel industry.  Trump at least once admitted that the economic consequences were on his mind and warned voters of the danger.  Of course the economic consequences of not dealing with the challenge are even greater.  Innovative energy solutions are disruptive to the fossil fuel industries, see:  http://www.therealjohndavidson.com/2013/03/the-innovators-dilemma.html

The role of money, not only regarding climate change, but of many issues (gun control, healthcare, education, prisons) is overwhelming the concept of democracy.  Al Gore pointed out that America has to fix democracy before they can fix the climate crisis.    See:  http://www.therealjohndavidson.com/2017/11/an-inconvenient-sequel-truth-to-power.html

The Republicans are trying to make immigration the key issue as well as touting economic growth.  Racial innuendo is prevalent and has worked in previous elections.

Fear works.  Voters are reluctant to take risks.  Fear mongering is dangerous.  Educated voters are aware of climate change and find scientists more credible than politicians with vested interests.   On the other hand many voters feel a vested interest themselves or fear life style changes or are wrapped up with other issues (abortion, immigration, gun rights, gay rights) or don't yet take it seriously.

This election cycle is already ahead of previous elections in covering climate change.  It seems not only to be the most serious issue confronting mankind, but also a key to a Democratic victory.  The Republicans are ridiculing aspects of it mostly centering on costs and inconveniences.  Short term thinking appeals to all of us to some extent, but mankind reached our present status with long range thinking.

In a previous election the Democrats had given out tire gauges to remind people they could improve gas mileage by inflating tires to optimal level and were ridiculed.   With plastic straws attracting negative attention from environmentalists, the Trump team sold them as the idea of not allowing "liberals" to change their life style.  Another remembered example was protesting new more efficient light bulbs.  The Democrats need to turn the Republican strategies on their head.  Ridicule can work both ways.

When fear is activated people are willing to change their life style.  The solutions to climate change are pictured as job threatening not only to the fossil fuel corporations, but also to auto industry, airlines, mining, agriculture, etc.  The truth is renewal energy will require lots of jobs.  More important in the long term is a healthier, safer environment.

There are other issues that voters should factor in.  Andrew Yang has pointed out that immigrants are not the threat to jobs that robots are, see:  http://www.therealjohndavidson.com/2015/08/rise-of-robots.html  Education, health, nuclear proliferation, inequality and even immigration.

Naomi Klein has some points about how different groups can co-ordinate better for mutual aims.  She also feels like Al Gore that democracy needs to be addressed, but feels it can and should be tackled simultaneously.  It will take a unified effort.
http://www.therealjohndavidson.com/2018/05/naomi-klein-writes-another-insightful.html
Posted by John F Davidson at 4:39 PM