Unions and their role 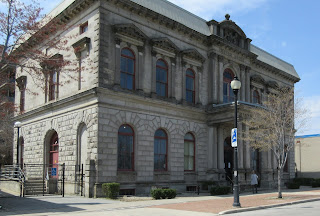 The decline of unions is a major factor in increasing inequality.  A union represents the worker to the employer.  Unions tend to get involved in the larger political process ideally representing the interests of their members, but some times the individual members have a different vision. Individuals do have power, but using their power collectively synergizes their efforts and frightens the owners of capital.

I grew up in a union town, Oshawa and later settled in another, Hamilton.  But my father in particular did not seem to like unions.  He was an independent trucker and was aware of hard tactics by the Teamsters.  My maternal grandmother was a great admirer of unions and I learned later that her husband, my grandfather Marshall Coakwell had taken part in a significant historical strike at General Motors.  From my father (and others) I heard stories of lazy protected workers and hard tactics of such groups as the Teamsters, but he also thought his father in law was a conciliator.

I had some union connections as I had worked for the Children's Aid Society and as a supply teacher for only about 3 days.  The Teacher's Union tracked me down more than 30 years later to give me my accumulated contributions with interest pension.  Most of my life I have been non union and never really felt hard done by.  On one job I actually received a call from a co-worker trying to form a union and turned it down as I felt I was in a semi management position.  The very next day I was forced out (I don't think the phone call was a factor) with a moderately generous settlement.  I did feel cheated as very misleading statistics were used against me and I had felt my work was above and beyond.  read about my involvement in newspaper circulation: http://www.therealjohndavidson.com/2012/08/my-career-in-circulation-part-3-winding.html

I cringe when I hear of union corruption.  It justifies anti-union rhetoric from those representing the interests of the wealthy.  Unfortunately human nature lends itself to the adage "Power corrupts, Absolute power corrupts absolutely."  The problem includes all groups, union, political, NGOs, families and even social relationships.  Leadership requires followers and historically there have been natural restraints that have been diminished. see:  http://www.therealjohndavidson.com/2014/07/selected.html

It seems on both sides of the border efforts have been made to weaken unions.  More success in the United States where right wing philosophy supported by large amounts of money legislated against them.  It is a critical factor explaining increasing inequality.  Corporations have consolidated their power at the expense of workers and with co-operation of voters.  Wages had stagnated while union membership has diminished.  Ronald Reagan was pleased to break up the Air Traffic Controllers union. and had made a lot of efforts to boost inequality.

Divide and conquer was one strategy employed.  We were always told how lazy and overpaid union workers were with the implication it was at the expense of hard working non union members. Ironically it was the power of unions that kept wages and working conditions up for non union workers.  One of the best examples was provided in my adopted city of Hamilton where Stelco would go on long strikes that once settled almost immediately set the wages and benefits for their rival Dofasco who avoided the costs of strikes.

An argument is made that high wages, unreasonable benefits  and restrictive regulations are what has killed manufacturing in North America.  That certainly is a factor, but a few other factors should also be considered.  Cheap energy and international trade agreements allowed corporations to shift jobs to cheap labour and looser regulated countries.  Another factor is rapidly creeping up and that is automation supported by computerization.

German companies recognize there are other stakeholders than the owner.  Unions are encouraged and listened to.  Union managers hear and are heard.  The company benefits.  Peter Drucker made me aware of the concept of stakeholders.  Workers and their communities are often more committed than the owners who will pull up stakes if a better opportunity is perceived.

The world will have to make some adjustments to avoid increasing tensions towards more violence.  Inequality will not disappear ever and automation will increasingly take away the need for workers of all types.  We could easily evolve towards societies depicted in such books as "1984" or "The Time Machine" where basically a few elites control the masses.  That is a clear possibility

While a lot of attention is publicly given to corporations and investors and what it takes to motivate them, little attention is given to consumers, citizens and labourers.  We won't be needed to produce the goods and services to nearly the same extent as historically.  We will be wanted as consumers, but with fewer people controlling the distribution of goods the rules will be set by them.  Democracy seems to require a lot of money and so those with lots of money will control that as well.

At one time it was suggested that the poor would vote in the own self interest to the point of being counter- productive.  I can see that, but it is not working out that way.  Voters regularly vote against their own self-interest.  Social interests are manipulated by those with the power and who are more comfortable with the status quo.  Unfortunately many voters feel apathetic, i.e. their vote is not worth the effort. link to proportional voting

An alternative would be for the 99% to assert their rights.  Of course there are too many conflicts of interest to keep track of (unless you have lots of money for the task).  Education is basic to the idea and will be resisted by those in power.  I don't mean just job skill education which will be supported, but how to think critically, how to enjoy life and how they fit into the global reality.

Corporations are global.  Capital can shift to any corner of the globe that promises better returns with out concern for other stakeholders.  Unions need to match that power more closely or they will just be played off against one another.

The photo is of a Worker's Art and Heritage Centre in Hamilton, Ontario.