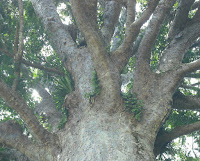 What a dilemma!  Doing the right thing could backfire with disastrous consequences.

Assuming the Democrats finally go ahead and publicly impeach Mr Trump and carry the House of Representatives it is further assumed that Mr Trump will retaliate and unleash even worse measures and very possibly get re-elected as we also assume the Senate will reject impeachment.  Meanwhile he will stall as much as possible thereby strengthening the case for obstruction.  He will try to run out the clock.

The merits of the case are very obvious.  It also seems that many people will ignore them in favor of what they believe Trump has done on their behest.  Stood up against the Mexicans, minorities of all sorts, reset the judicial system to abolish abortion, legislate tax deductions and maintain their gun rights.  Not impeachable, but very troubling was dropping out of both the Iran agreement (which more people can appreciate was counter productive) and the Paris Climate agreement.  It is obvious these decisions were not in the interests of Americans.  Less obvious to many is that the deficit is on track to increase dramatically.

The retaliation seems very likely, but an examination might be worthy.  For the Republicans who dared to vote against him--they will be primaried and likely to lose their positions to Trump's rabid base.  On the other hand this may further tip the balance against Trump and the Republicans.  His base seems to be somewhere around 30%, fairly well situated to take advantage of the electoral college, but that includes a lot of voters who are concerned about his morals but like his results/efforts.  And there are also the apathetic voters who felt their vote wasn't worth the effort but now many will be upset and fearful of what the president might do.

Some Democrat congress members are in sketchy territory.  They are the ones where Trump triumphed in 2016 and they squeaked by in 2018.  Some of them might well lose, but again other factors will play a role.  Trump supporters that have been disillusioned and the apathetic voter now realizing their vote could make a difference.

A frightening possibility is a civil war.  Trump will claim his enemies are acting against the constitution.  An election loss was rigged.  I have been impressed how his base overlooks all his many faults.  They really believe there is a conspiracy of established corporations, political powers  and anti-Trump media.  The electorate has been polarized more than ever and it is difficult to imagine that either side would accept any outcome.  There doesn't need to be organized warring armies to do permanent damage to American ideals.

What are the Democrats to do?  They will be hated by Trumpists and upset their followers who fear the result.  If not sooner the issue will come to a head this Thursday when information legally required is to be delivered.  Maybe it will and maybe even it might exonerate the President.  At best any evidence legitimizing Trump will be suspicious.  The context that is already known is pretty damning.  The Mueller Report, despite being dismissed actually already contains impeachable evidence.

A lot of big money (especially fossil fuels, private prisons, pharmaceuticals, gun manufacturers) will have to make a decision that may be increasingly difficult.  Do they support the president who represents their vested interests or do they take a longer view and support the good of the country which might be necessary to maintain consumer support.

It boils down to how well the Democrats present their case.  It is likely they will develop an audience comparable to that for the O.J. Simpson trial, but important to remember although the evidence was pretty damning he got off.  One concern has to be not to appear partisan.  The Corey Lewandowski hearing was handicapped with grandstanding of elected politicians while the best points were made by legal experts whose efforts had little public awareness.  So far he escaped contempt of court.

Television can attract a bigger audience than did the Mueller Report.  There is sure to be clever and loud objections to the evidence.  Unfortunately nothing will be accomplished during the trial and that will of course be blamed on the Democrats.

In a matter of hours this blog can be outdated.
Posted by John F Davidson at 11:10 AM