Would you rather be burnt, mummified or rotted? 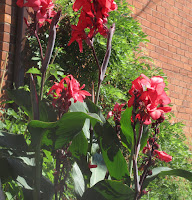 Since the conversation about death (especially your own) is generally avoided, when the time comes it is much easier to go along with tradition.  Some of us might be morbid, but prefer to think how we want to leave the world

Many years ago I had an interesting conversation with Greg Morden, who was about 14 years old and a very useful worker with the Oakville Journal Record.  He was the son of a funeral home owner.  He pointed out that many people really don't accept the death of someone until they actually see the body.  That does make sense, but is not always possible and I would argue not necessary.  I mention that because it did impress me at the time and I still see some merit, especially in a world where people do not feel comfortable talking about issues surrounding death.  Funerals are in one sense for the living, the ones left behind, but I also believe the dead person has a right to decide how they want to depart.

A few years ago, my brother in law, Ali died while visiting relatives in Morocco.  This created a problem for my sister, Rebecca and her daughter, Samia as they were in Montreal going about their regular affairs.  In Muslim tradition the body has to be buried the same day as their death.  With the help of Samia's boyfriend, now husband they arranged a flight to Morocco and were able to attend the burial along with the other daughter, Leila who was already there.  I don't know the details, but assume he was buried in a shroud, not a casket.

A few weeks later most of my siblings assembled in Montreal to comfort my sister and her two daughters. There was a memorial service that included some cousins and some of Ali's family that lived in the Montreal area.  I watched some Muslim rituals and it gave some sense of closure.  Ali was someone I had come to both respect and admire.  His death was a shock to me.

I have long been offended with the concept of embalming and the reasoning behind it.  It is our last appearance and we and our survivors want us to look as good as possible.   Mostly they wear their best clothes and their skin is as normal as possible.  A few have made a statement such as wearing motorcycle gear, that surprised me.  A few criticisms would include that it is not "natural" and the chemicals required to put on the show are toxic.  They are a poor man's way to mummify the body.

Very powerful Egyptian rulers were mummified.  I have seen one at the Royal Ontario Museum.  To me the notion seems very delusional.  Inevitably the body does deteriorate, but over a much longer period of time (in terms of human awareness).  It is man trying to defy reality.

Cremation when I was young was unheard of.  I stumbled on the practice when reading about Gandhi.  Later I learned some of the traditions and still later more of the details.  It has become mainstream in North America.  Some object to embalming, some to the expense of traditional funerals and some like the romantic notions of spreading the ashes over some significant land or water.  Originally in India it was thought that burying bodies contaminated the soil.  My obsession with Gandhi explained:  http://www.therealjohndavidson.com/2012/08/gandhi-life-long-fascination.html

Recently I revisited the Netflix series, "Six Feet Under" and this time saw it through to the end.  Mostly it was dramatic stories of people who died and were disposed of traditionally with some variations.  Embalming and cosmetics were a regular part of the series.  As best they could the funeral staff did their best to present the deceased as pristine as possible.  Towards the end of the series we first encountered a natural burial.  In the last episode it seemed like the writers and producers were making a statement in favor of natural burials as a few of the main characters chose that method.

In my youth I learned of what seemed pretty radical practice in the Zorastrian  (now Parsi) religion where dead bodies were exposed to large birds that would peck away and essentially eat the body.  I have since learned that when the body (reaches) down to bones they use natural chemicals to dissolve the bones.  This practice has continued among that religion overcoming a problem of the birds being killed by pesticides.  It occurs not just in India, but also North America.

Our feelings about disposing of dead bodies is tied to our concerns for immortality.  Some people felt that there could not be a resurrection without a whole body.  Those who survived felt obligated to give their loved ones the best chance possible.

To my way of thinking there are two concepts that humans cannot comprehend (I include myself) and they are infinity and eternity.  Many of us have pictured a place where we continue on (heaven) and we aren't bored.  Personally I am inclined to doubt these visions, but even more to be repelled by the notion.  Eternal bliss seems undesirable like a drug induced stupor.

An alternative vision is based on the concept that nothing in existence can be destroyed, but only transformed.  Water can be a solid (ice), liquid (water) or gas (vapors).  Vegetation breaks down and becomes compost.  Bodies do as well.  Your immortality is there--you were assembled from all sorts of physical entities and has been transformed by the food you eat, the air that you breathe and how you take care of your body.  Your body provides food for bacteria, insects and yes, worms.  They in turn are food for bigger animals.  Perceptions and ideas are imbibed and some passes on.

How would you like to fit into all this?  to me the natural way makes the most sense.  The environment is meant to dispose of your body.  As for you when you understand eternity how long would you like to live your perception of yourself?  Well you don't have a choice, but if you did wouldn't it be more satisfying to think you have been transformed than locked in a box