2020 Olympics Part Two: The People Who Made it Interesting 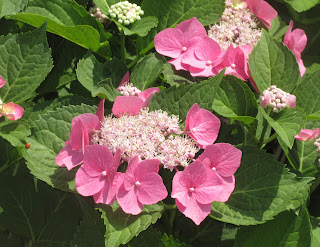 What really makes the Olympics so riveting is the people.  All have made sacrifices to be there and many have very high skill levels.  Only a few will win the gold medal.  Others may be happy with lesser medals, or personal bests or meeting other athletes (and non athletes).  Disappointment and bitterness is visible.  Without losers there can be no winners.  Here it is to appreciate effort and fairness.   Armchair quarterbacks are quick to criticize and advise, but they can't ever know the whole story.  One of the benefits of the Olympics is to encourage more people to be more active.

Naomi Osaka, hometown Japanese tennis star feeling mental pressures decided she was not up  to an Olympic match   Shortly after Simone Biles, announced she would not be competing in her next competitions.  In the case of Simone the preparation is difficult to comprehend often for a six second vault.   Her team mates and others rallied around her and she finished by winning a  bronze in the last event.  I hope like other athletes she will be remembered for what she did more than any "failing" plus as an advocate against sexual abuse.  In her defense I picked up from Facebook (thanks Victoria Pearce) a quote from John Wooden--"Success is peace of mind in knowing you have done your best."

It is hard to avoid that most commentary on gymnastics (and diving) focuses on negatives.  In reality that might be the most effective way to differentiate performances.  Naively I would hope to see more emphasis on the positives. --difficult routine and execution--build up a score instead of knocking it down.

The men's high jump provided not only a tense competition, but one of the more dramatic happenings.  In the end two men were tied and decided not to have a jump off, meaning they would share a gold medal.  This was ok'd by officials.  One was a Qateri, Mumtaz Essa Barshim who showed some emotion, but the other, Italian Gianmarco Tamberi was exuberant jumping up and hugging his opponent,  By coincidence he was on the track when another Italian unexpectedly won a gold medal for the 100 meter sprint and the two hugged each other.

Sifon Hassan was for me the most remarkable athlete.  An immigrant from Ethiopia she ran for the Netherlands and unlike many who chose to concentrate on their best chance for a medal, she decided to go for three medals.  She fell in morning heat for 1500, but went onto win from way behind.  Then in the same evening won gold medal in 5,000.  She had to accept a bronze for the 1500 final, but then went on to win the 10,000.

Women's golf got my attention more than I expected.  I had only heard of Lydia Ko and after a bad first round she finished second. An American Nelly Korda won, but a favorite of the announcers (and mine) Aditi Ashok, only 18 from India finished fourth.

Canadian women soccer team beating their Americans  (yes that does give extra joy and apparently extra humiliation for the Americans)  in penalty kicks.  Then beating Sweden for the gold medal with another penalty kickoffs.  A lot of tension in both games. Concern was expressed that there is no Canadian women's soccer league and hope that their success will spur the effort.

Many years ago I was on the executive for a recreational youth soccer league.  We lived away from the playing field and often ended up driving other distant players including one precocious girl.  Our league let boys and girls play together, but at about the age of puberty most girls dropped out.  I campaigned for a girls team to play against similar teams elsewhere in the city and after a year it occurred.  That last thing I did was to hire a coach before resigning as my son had moved on.  More on my volunteer career:  http://www.therealjohndavidson.com/2013/06/my-career-as-sports-volunteer.html

On the men's side Brazil and Italy displayed a lot of skill and also ended up in extra time, but Brazil was able to score before being stuck in penalty kicks.

Enjoyed the Japanese women's basketball team   They were outsized by American women and probably most other opposition, but played to the potential of the game with their passing, shooting and aggressive defense.  Am reminded that at one time there was a league that required teams to confine themselves to a total height for players on the floor.  There was even a team in my hometown, Hamilton until the league folded.   On the men's side France, Spain Slovenia and of course the all star gold medal Americans were exciting to watch.  My basketball connections:    http://www.therealjohndavidson.com/2019/06/my-60-year-love-affair-with-basketball.html

I was only able to get a glimpse of handball.  Compared to basketball, shorter players can better hold their own.  Instead of a hoop 10 feet above the floor there is a net guarded by a goalie.  There is a requirement to bounce the ball if you go more than a few steps.  The French women beat the Russians for the gold in a competitive game.

The start for short sprint events got more attention.  In track, Donovan Bailey was really a good explanation of the psychology perhaps for me creating more focus.  With almost no loud crowds to deal with the athletes are more sensitive to slight noises such as camera clicks.  The judges have in some cases been forgiving, but they have access to more sophisticated equipment that measure more delicately response time which now becomes a decision factor regarding false starts.   There were it seemed more numerous false starts than usual and one can appreciate that the psychological adjustments can be the critical difference in races decided by less than one tenth of a second.  For swimming which also has more sensitive  timing equipment one positive point was that allowing for the fact that sound travels giving the furthest from the starter a disadvantage.  They are able to give simultaneous beep sounds at the starting blocks.  Andre de Grasse bronze winner at 100 and 4 x 100 relay and gold at 200 seems to be able to relax at stressful times (for example with three false starts for one heat).   He is also able to beat those with better times, but he has consistently picked the right time to perform.

As a high schooler in small schools sprints (specifically 100 yards) I had awareness that the start was critical, but wasn't very good.  In one race the placing judge pointed out that I was likely the fastest at the finishing line, but didn't qualify to move on.  At the time we ran in yards and I missed the opportunity of an extra 10 yards or so offered by the 100 meters.  It is incredible to think on how little details can have a magnifying consequence.   My son went to high school where there was more frequent competition, more choices and better coaching.  He started off encouragingly with the 100 meters, but moved up to 200 meters, then 400 meters and settling on 800 meters where he was able to compete into his 30's.

In some qualifying relay (team) events best athletes kept out to rest or compete in other events--backfires sometimes.  The relays are exciting because there is often a change of rankings with each baton exchange.  The baton exchanges require skill and practice and in a few cases hurt those teams that did not practice enough.

Also more aware of the hazards of space management for longer track distances with staggered starting positions reflecting allowance for curves.  If they are able the ones on the inside have a potential advantage if they are able to have a good start., but in danger of being blocked in  Unfortunately there have been a few tumbles that eliminate potential winners, but more common are the concerns about being boxed in or have to go outside with greater distance.

Decathlon and Heptathlon are events developed for the Olympics and have been thought of as test for the best all around athlete.  No one has ever been top in all 10 or 7 events (running, throwing, jumping) which is humbling and boost camaraderie.  Damian Warner set new Olympic and Canadian records to win a gold medal.

Race walking may seem boring, but I felt an affinity to it from my youth in Oshawa.  One of our few international champions was Alex Oakley.  I once saw him training at a local park where he lapped another walker.  At one point the neighborhood kid decided we would include race walking as one of our contests.  We didn't really know the rules and most of us drifted towards lifting both feet off the ground with our legs straight as it was faster.  Understanding the rules a little better it is easier to appreciate how natural it would be to cheat and at Tokyo the judges were busy.  Evan Dunfee had gone through a teasing experience at Rio that saw him temporarily winning a bronze medal and then relegated back to fourth.  This year he came through with a bronze in the 50 kilometers.

One disappointment was that Jessica Phoenix was forced to withdraw her entry in eventing equestrian as her horse had medical issues.  I had taken her photo for The Rider and she always struck me as a modest, cheerful and capable athlete.

Krystsina Tsimanouskaya of Belarus became alarmed with her coaches and was told by relatives it was not safe at home.  So she defected to Poland.  Defections used to be more common.  An Arab athlete withdrew because he refused to match up against an Israeli.  On the other hand the Iranian coach was willing to shake hands with the Israeli coach of the Czechoslovakian basketball team.  There were other political moves, but not many that got noticed.

Some sports may seem questionable, but the benefit is that their inclusion encourage more people to participate with social as well as health benefits.  Surfing, skateboarding, sport climbing, karate and softball/baseball were additions.  Track added a mixed 4 x 400 relay that was very exciting with Poland winning.

There were a lot of interesting tv. commercials.  These two were part of promotional efforts for the Paralympics:

Petrocan had a series pointing the role of coaches.  "It gets easier later." with coach Bob Westman encouraging paralympian Marisa Papaconstantiou.  Athlete have to go through the drudgery of getting prepared.

Toyota. did little profiles of athletes.  Jessica Long, born in Siberia was adopted at 13 months and five months later had her two legs amputated following a disease that had been known beforehand.  She had been encouraged to be active and got involved with swimming going on to become the most decorated American Paralympic swimmer.