Beauty makes life worth while 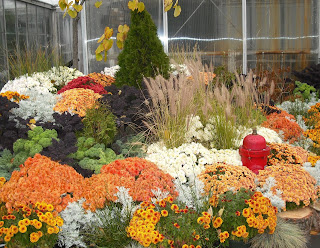 Everyone, except perhaps for royalty or heirs to fortunes (and even them to some extent) has to struggle to survive. A great deal of what is needed revolves around having enough money. I admit I had a haphazard regard for choosing a career. Vain enough to think my brains would assure success I didn't actually apply much thought to the many choices required in the struggle. Fortunately my parents provided some guidance although when conscious of it I was resentful. I have stumbled a lot, but did get a job, did end up owning a house and in general was able to survive and even thrive by most of the world's standards.

As I get older I look at the world a little differently. We all die and it is not the one who has the most toys who really wins. There are people with more money than me who get to really enjoy some of the beautiful things in life. But there are also poorer people than me who feel the real beauty of life and I envy them as well.

When I was a university student I was into all sorts of idealist things, one of which was philosophy (not that I really understood it or that I do even now). One course I took was aesthetics. At the time not sure what it meant, but the idea that came back was that beauty is in the eye of the beholder or that enjoyment is all relative. That is true, but there is something deeper than that which my professor encouraged us to appreciate. Art should be emotionally engaging and for different people with different histories and stresses that could be different things. Even what one person perceives as ugly can be seen as something beautiful by someone else. One truth is that there is beauty in everything--even the ugly. The Hindus have a concept of creating and destroying and then recreating again.

At about this point in life the highest art form to me is opera because it includes drama, music and even art (costumes, scenery). One step beyond that is film, because you can have all the elements of opera but arranged more ideally. As early as high school I enjoyed watching the big Broadway musicals in their Hollywood versions--South Pacific was a favorite. As I grew older I developed a liking for opera (a long story to do with doing family tree for Italian side of family and chancing upon Rheta Cornish who expressed her love of opera when I had just developed an interest in Italian modern pop music). I have always been interested in movie scores and more recently partly because of my sister Rebecca I have developed almost an obsession with Bollywood movies. There is something juvenile about Bollywood in its stereotypical format, but there is also great depth of feeling that is expressed using music and dance. I feel the common denominator (of Broadway musicals, opera and Bollywood) is music that is emotionally engaging. It can be happy or sad or macho (expressing my male agreesiveness).  Might be labeled theatrical music.

Three of my favorite moments are: 1). in La Boheme a piece called "Musetta's Waltz" where two or three things are going on at the same time and the music blends changing its emphasis 2). in Tosca a scene i don't have a label for but is when the evil one is expressing his evil view of life as a cardinal parades through a religious ritual and 3) from Kal Ho Na Ho near the end of the movie when one of the heroes is dying. Earlier in the movie the same character had taken part in a lot of superficially juvenile behaviours and been part of a love triangle--at the resolution the music (part of which is simple piano music) really stirs the emotions as you realize three people who you get to really like are suffering. There are lots of other beautiful things I can recall and I plan to do lots more of it.
Posted by John F Davidson at 7:17 AM