A memorable vacation--won in a sales contest 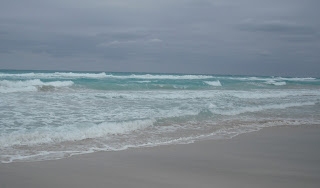 Thank you Heather. You know I like to spout off. I used to type up all sorts of things of personal interest such as what I got out of particular vacations.

One of the most memorable one was one that I won. Not just winning, but a real joint effort. My boss and his boss at the Etobicoke Guardian wanted to spur some real sales effort at a newspaper I worked for. They set up a contest where the winner would take a family vacation to Florida. I admittedly had some hang-ups about Florida--it seemed far too snobby and I had resisted for a few years. However Sharon had a long family history and the two of us put a lot of effort into winning the contest. One handicap was that I was taking a night school course for half of the contest. I used Sharon's car as it could squeeze in an extra canvasser. I worked on Saturdays. I developed a contest for my newspaper carriers with the prize being a trip to Chuck E Cheese in Burlington. I knew it would be a tiring experience on the carriers so I rewarded bonus points for training new canvvassers that seemed to work. One of my early newsletters kept everyone informed and motivated. The contest was really draining and went to the very last day, but I won. My boss said he had some bad news, but then said the bad news was for my rival--who incidentally had helped train me.

My youngest son was too young, we thought so we took Heather who was about five and a lot of the holidays focused around her interests (Disneyworld, Busch Gardens and as it turned out her favorite McDonald's). I found there was lots of interesting things to do in Florida such as historical, natural and enjoyable restaurants. I did find some of my prejudices to be close to the truth--there is a lot of plastic there but there is a lot of beauty as well. I have been on lots of vacations that I enjoyed, but this one meant a lot because of the joint effort which unfortunately has never been duplicated and really being able to please both Sharon and Heather which I also don't think I have ever quite duplicated.
Posted by John F Davidson at 6:58 AM