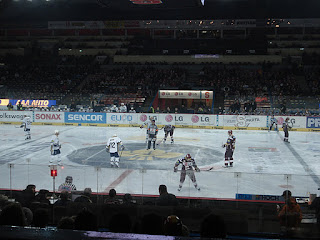 How do you sift through a maze of ever increasing details to determine an effective strategy? Indecision wastes time and is a sales killer. What you decide not to do, or to defer is as important as what you do decide to do. A well thought out data base can make selling more effective.

A key concept for me is a trigger which essentially is a detail that helps you identify a timely prospect.  A trigger could be a very wide range of things and recorded in different fields.   It allows you to bury contacts that are not timely by dating them far into the future and to focus on those that are timely. In order not to clog up your planning many prospects might be treated somewhat like some prospects treat you--"we'll call you if we are interested."  But you need to be able to trigger them quickly when circumstances inevitably present an opportunity or an obligation. You will call your prospects when it is most appropriate which is basically when you have something new and relevant to explain or a logical question or realize their circumstances have changed.

A trigger can be any detail. It is up to you to assign appropriate triggers to every contact. A trigger can be used in many different fields. Determining triggers can be the most important detail after deciding when to make the next effort.  If a commitment has been made it is easy to determine a suitable date. If the effort was inconclusive (for example no commitments and no new expectations) you might decide to wait for a better opportunity and rely on a trigger. Some examples of triggers follow.

Perhaps the most important trigger might be placed in the action field. A good example for me has been the f/u trigger. That stands for follow up and can be followed by anything, although some standardization is helpful.

I have given out hundreds of samples and found a frustrating pattern. Just because I had given someone a sample didn't mean they felt obligated to try it. Often I found samples were forgotten or the right circumstances hadn't yet happened.  One f/u would serve as a reminder. A second one often just established that I would be persistent about it. Sometimes third and fourth followups would help determine if there was a basic problem or some encouragement is required. There is a danger of annoying people who have other priorities, but balance that with the fact that a trial can often turn a prospect from an unbeliever to a champion. Each case is unique, but in your data base you should not lose sight of any of your strategies even if they seem to work only some of the time. Having sequenced out my f/u's I found it an effective strategy once in a while to use them as a trigger and spend time catching up on them.  Eventually some get written off, but others, often the unexpected ones can have a big payoff. You could be following up a new fact given to contact, a question you asked them or a comment they made.

One little trigger I found useful has been the competition field, my competition for the contact. Somewhere in your initial conversations just ask who your contact is dealing with (you can go into as much depth as the contact will allow).  Your competition likely will sooner or later have a problem and as you become aware of it you may find it worth your while to target those who relied on them. Although your competition is important so too can be your contact's competition. You may well be dealing with their competition and should respect everyone's privacy. On the other hand if there are no conflicts any information you can gain might be of great interest to your contact.

Every contact fits into a variety of categories. I had one field labeled type where I would write in the different categories my contact fell into. Specialities, association memberships, hobbies, psychological profile, floor type were some categories used. The more details the more triggers you have to call up contacts that fit a new strategy (or an old neglected one). At some stage based on some new developments or the lack of success in other strategies I will develop new projects. One tool for this is the trigger words I have accumulated.

The source of your contact can be useful over the long haul. Prospecting is ongoing, but to understand what works best for you, you need to remember where your contacts originated. For example is a trade show worth attending? is a networking group effective? do you get your share of referrals?

A trigger is a relative thing. With some clients it might be the only factor that might induce you to make another effort, in other words you might not ever contact them again unless something triggers a justification.  With some prospects there is no reason to call them in the very near future, but there is an expectation that something will change, even if you can't detect it. One idea might be to put the word "downtime" into the action field meaning that when you have run out of other productive things to do you will check these prospects to see if there is anything that can justify further efforts either immediately or in the foreseeable future. Of course there are those who are promising and responsive and you schedule them on a short schedule.

It is important to record what happened for each effort.  Some are one way conversations (an email, letter, drop off, voice mail) and others are two way (telephone or visit). How much detail is required? It depends, but the most important criteria is how much is unique and how much can be shortened to routine.

Try to develop a political understanding--who influences who, who makes the final decision, who can explain it to you. The decision process will change over time.

Phone numbers. Sometimes I know a prospect's phone number, but not location. Checking phone numbers including even marginal prospects may help pin down a city which can help you develop an understanding and perhaps some sales points (such as nearby satisfied customers, or distribution points, etc).

Old names show up in new places which help to reveal a history.  You may notice that personnel listed on one record show up in another. Did they move? Get promoted, quit or fired? Maybe just a name coincidence you can joke about.

One thing you can be certain of is change.  Many details that change within your prospects are buried deep while others require only a minimal effort to uncover.  They change personnel, personnel changes their functions, product and service focus, their competition and your competition, location, distribution channels. Any one of these details could justify triggering another effort

One way to deal with a lot of boring repetitive detail is to start another data base just for storing these apparently unneeded details. I call mine History and I try to add to it regularly by transferring info from my current data base. It is conceivable that some trivial detail (or a long history) may be critical in the future, but it can be counterproductive to clog up your current data base.

In case you missed part one:  http://www.therealjohndavidson.com/2011/11/using-data-bases-for-selling-part-2.html

The photo is by my son Michael Davidson visiting the Czech Republic where he wanted to see a hockey game; something Canadians and Czechs share.
Posted by John F Davidson at 7:53 AM