Education and our future 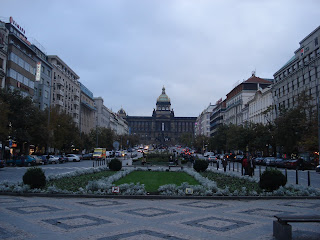 I regularly read Juan Cole for his expertise on the Middle East as he understands that situation much better than policy makers. Not too long ago he quoted Thomas Jefferson to make a point about education that I believe merits repeating.

"Preach, my dear Sir, a crusade against ignorance: establish and improve the law for educating the common people. Let our countrymen know that the people alone can protect us against these evils of tyranny and that the tax which will be paid for this purpose is not more than the thousandth part of what will be paid to kings, priests and nobles who will rise up among us if we leave the people in ignorance."

Juan was reacting to the pepper spraying incident in California. He also quoted Arnold Schwartzenegger who pointed out how financial priorities had shifted in California from education to prisons. It is now more difficult to finance university education and easier to be imprisoned.

There is debate in both Canada and the United States about what the government's priority should be. Here in Canada many think health should be the priority.  In the United States I hear many think security should be protected at all costs. In these rough times many are saying nothing is more important than improving the economy and providing more jobs. These are all very important, but when you get down to the core priority I believe it is education.

I do not blame politicians or government officials as to keep their power they respond to what they think are the priorities of those who put them in power.  Voters really do have power and although they certainly can be manipulated they express their concerns in a variety of ways. The most powerful dictator can face revolution when the people realize the priorities of the leader (often very personal) are just too offensive to maintain the status quo.

When I say the core priority is education I don't mean just for its own sake, but because it relates so fundamentally to everything else.  Educated people live longer partly because they have more money, but also because they eat better, they are more apt to avoid bad health habits, they are more apt to seek medical advice when needed.  Educated medical personnel (including doctors, specialist doctors, technicians of all sorts and even secretarial staff) are more effective.   Prevention helps avoid more serious health problems. A healthy population better deals with the problems of employment, defense, etc.

How does education affect defense? Defense against foreigners is really only a last resort required because we do not understand their concerns and react appropriately.  As a deterrent an educated population can provide more effective security. Lots of details (language, cultural appreciation, technical, negotiating),where education is critical

The economy is a fuel that keeps us all going. The reality is changing every day with technical changes. We live in a consumer driven economy, that in many ways is a self-defeating spiral. Technically we can produce more goods than we need with fewer workers than ever. Credit has extended our ability to consume, but drives society closer to financial disaster. Too many people handle credit improperly and too many people exploit that to the point that bills cannot be paid and consumption dries up with frightening results for jobs. There is definitely a trend away from muscle work.

Who can understand all of this? I claim questions with very few answers. We should be able to educate ourselves so that muscles are used mostly for health and enjoyment while machines under human guidance provide a lot of what we really need in balance with our planet's resources. Democracy is supposed to provide us the leverage to make sure everyone gets treated fairly, but in fact a small number of people are able to manipulate circumstances to give themselves a bigger piece of the pie.  Uneducated, over or under worked people are very vulnerable. Uneducated masses suits some people just fine.

Education by itself means jobs even though it is understood that robots and computer software are taking over bigger and bigger parts of education. For the foreseeable future humans still are essential to help other humans understand things better. In order to teach one needs knowledge so there can be a virtuous spiral of ever increasing knowledge. Teaching helps increase self awareness and the virtuous circle can ever expand.

I had an interesting discussion with Ken Griffith, owner of Val Pak in Burlington awhile back regarding jobs.  We both understand technology is making more jobs redundant and that we can produce more goods than we can pay for.  Education is not just improving our reading and math skills, but literally to prepare us for the work that needs to be done in the future. It can also be to enjoy and make better sense of life in general which means different things to different people.

When I was unemployed. I recognized I didn't have many technical skills and there was a lot of competition for jobs. I was lucky enough to qualify for a government course in basic computer skills of which I had very few.  I was smart enough to take another short but more specialized course with my own money.  It matters little what you do these days, computer skills are critical not only for work but for personal reasons (such as helping to manage your money and communication). More recently I took another course (very cheap and not too time consuming) on social media which again has helped liberate what I can do.

The photo at the top is by son, Michael Davidson on a trip to the Czech Republic. I not only envy him his opportunities, but that he is smart enough to take advantage of them. If more people were driven to understand how the rest of the world lives we would have less problems.
Posted by John F Davidson at 4:55 AM