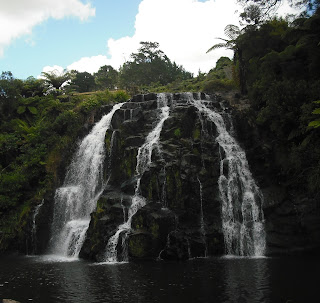 With the American election fast approaching there are concerns that important decisions will be made that are unduly influenced.  We are all drowning in money or at least those in the battlefield states. There is nothing new in my thoughts, but unfortunately many other thoughts are not being voiced very strongly or paid much attention.  Money enters politics through many doors.  Although I am Canadian, my concerns are more visible in American politics.

Can money sway the opinion of an educated man?  I would say yes with some logic and some emotional appeals.  Can money persuade people to vote against their own economic interest?  Evidently.  Can money influence the ignorant masses?  I would say so admitting that we are all ignorant of the complexities.  Politicians are elected to represent our interests because we are too busy worrying about other things.

Money has become the most critical factor in getting elected and fund raising the most respected talent.  Perhaps because voters are too preoccupied with other concerns to really know the issues or even what is in their own best interests.  They are increasingly vulnerable to the loudest or most clever  or most frequent argument.

So critical to getting elected that most politicians spend an increasing amount of time fund raising.  A big part of the rest of their time is spent trying to satisfy those who have given them money.  That means less time trying to sort through the difficulties of their responsibilities and less time getting to know other elected members that they might have to compromise with.   The average voter has too little time to understand the complexities of issues and now the trusted elected officials are also being squeezed for the time.

The main beneficiary of campaign money is the media, the different branches of which get paid to advertise the merits of some political parties and express negative viewpoints of the opposition. Undoubtedly that is why they give little emphasis to the negative effect of money and in fact often use fund raising statistics as an important part of the horse race analysis.  Money is equated with virtue or at least as leverage much more than something that demands critical attention.  Viewing the election as a horse race helps create fear that your side needs to spend more money to keep up with or distance the party from the opposition.  The actual issues are not discussed in great detail.  People who rely on the media to better understand the issues are poorly served.

We look to the media to explain things. Some of us trust them to at least present the facts.   Perhaps we make our media selections based on our biases, but nonetheless we assume we are getting the real goods within that framework.  Seldom are we getting an honest analysis of the issues, but we certainly learn of gaffes and the politics of every decision.

Media accept ads that have been discredited by fact checkers or are in questionable taste.  To me that is similar to in the past accepting ads for tobacco until it was outlawed.  An election represents a bonanza that most of the media eagerly embraces.

A virtue of a rich man is said to be that they can't be bribed or unduly influenced by special interests. There may be some truth to that, but because the cost of getting elected is going up it is choking good intentions.  It is refreshing to see that money does not always ensure victory, but it is necessary to make oneself heard.

In the recent Republican primaries, the first major elections after the Supreme Court made it possible for corporations to contribute unlimited amounts of money for political campaigns, it was found to be very influential. Unfortunately vast amounts of money was used to tear down opponents, in this case opponents that will be asked to unite under the final candidate.  Winning the nomination was considered more critical than the long term benefits of showcasing their own policies.

In Canada I found it very disturbing that the victorious Conservatives quietly took away the $2.50 contribution to a political party for each federal vote it was able to secure.  It seems to me they felt they were better at fund raising, in reality had better access to large corporate donations.  I feel that the $2.50 each vote gave to a party encouraged people to vote for the party of their non strategic choice without the party feeling obligated to a special interest.  Parties had to satisfy the mass of voters to get their support.

My position for several years has been that proportional voting is the most practical form of true democracy.  In Canada we have a multi party system that gives a much wider choice of options than the American system where a third party is too expensive for a winner take all set up.  Most of us find it hard to accept that the majority of votes were for other policies than those that are now in power.  Big monied parties do not need to win majority approval, only a plurality.  That means their strategy is in part to split the opposition.  In the end if successful they can ignore the desires of the majority.  An election should be a battle of arguing ideas.

Possibly there are a few donators who just want a fair election and feel that with their contribution they are more likely to achieve that goal.  Unfortunately it is human nature to expect something in return for a favour.  Perceptions can be negative, even when not justified.

We want our law makers to spend time trying to make fair and just laws.  We do not want them to be obligated to any special interests.  Money gives leverage to those who want to take advantage of the rest of us.

The winners all say that it is better to have one party in control as they can get things done.  The minority parties at best force compromises.  In time voters will recognize that some parties are not working with the others and that some ideas are better than they originally voted for.  Our society will gradually become more liberal or more conservative, but with respect for those on the other side.

I do not believe any politician wants to be beholden to any individual, after all that really means they have less power than they originally desired.  I also don't believe any of us voters like the idea that anyone we vote for has obligations that may not be in our interest.  No perfect solution seems likely, yet in the interest of democracy we have to strive for a system where money is not the decisive factor.
Posted by John F Davidson at 6:30 AM