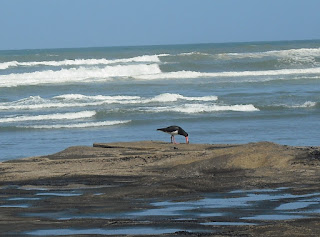 Mitt Romney is in the news for some candid comments made on a video.  He is not alone in his thinking and it is good that a touchy topic is out in the open.  This post is reflecting on the insinuation that too many Americans are becoming too dependent.  They supposedly expect all their needs to be met by government and do not take responsibility for their situation.

Stephen R Covey had an interesting thought about dependency.  We are all totally dependent when we are first born--we will literally die if we are not provided with food and shelter.  As we grow we gradually achieve greater amounts of independence.  But in truth even before "civilization" we have always lived in an interdependent world--increasingly so to-day.

While on Stephen R Covey, his first habit of highly successful people is to be pro active.  That is, not to wait for other people to do things, but to initiate action yourself.  It is not healthy to always be waiting for someone else to do something.  I agree with that and try to be more pro active.

Unfortunately many of us, a lot of the time are counting on someone else to make our situation better. It takes all sorts of people to make this world work.  Some to give orders and others to fulfill them. Some to make their suggestions to make things a little better.  Some to question the order.

One illustration of inter-dependence is driving.  Very few of us really understand the workings of a motorized vehicle, but we have discovered driving is a practical way to get from one point to another point and can be enjoyable all by itself.  When large numbers of us decide to get from our own specific point to another specific point  there is a danger of colliding and certainly of getting in each others' ways.  We have developed a system of rules and facilities that help us reach our destinations over 99% of the time. When you are driving in heavy traffic you are assuming that other cars will stay in their lanes and maintain speed.  As long as the other vehicles on the road do what is expected there need be no problems.

Of course there are drivers who are a little careless or even reckless.  In some cases they may be penalized by legal authorities (ultimately authorized by us).  And of course "accidents" do happen and we have developed systems of dealing with them involving repairs to bodies, vehicles and other property that gets in the way.

We have developed a life style that involves going to work, working, living in some sort of housing, taking care of our basic needs, raising a family and if we are smart (pro active) saving up for retirement and emergencies.  We also live in a world that is precariously balanced with the need to sell things so everyone can have a job.  We are now more sophisticated and have access to a basic financial tool known as credit.  Just as in traffic, there are people who have little concern for our safety or if we reach our destination and will manipulate the system to their own advantage.  Fairly regularly they miscalculate and everyone suffers.  People cannot pay their bills and that leads to job loss and that leads to more people not paying their bills.

Admittedly that is over simplified.  We also live in a world where those who control the levers can decide to lower their costs by such things as outsourcing or using more sophisticated machines. Robotics are not going to go away (at least not unless our civilization collapses).

We are in cyclical and structural transitions which we should be able to see taking a long view. However many of those with the levers (and truthfully most of us altogether) take a short term view. I think there will be a global jobs "problem," but it could also be seen as an opportunity.  Work has always been for most people a purpose in life. You make something or do something that makes other people better off and are rewarded.  If you are aggressive and/or innovative you can prosper even as others find expected opportunities closed to them.

The government doesn't have to be seen as the boss who decides everything and does us favors if we know our place.  The government which is really us, can be a facilitator making sure everyone has an opportunity to be useful, not just for their individual benefit, but for benefit of everyone.

Mitt Romney has found a way to make a huge amount of money by manipulating money within the rules of the game.  I am sure many people have benefited from his efforts and perhaps he deserves a high standard of living and to have people seek his advice.  Most of the rest of us are not as talented at moving money around, but almost everyone wants to be useful.

Typical of powerful people Mitt didn't feel the need to get all the facts lined up.  He confused how many people who don't pay federal income tax with how many people are getting government handouts, with how many people voted for his opponent.  These things don't correlate as closely as he seemed to assume.  Many of the households not paying income tax are combat military personnel, retired people, and people who work near the minimum wage and many of them actually voted for his party.  Overlooking the fact that he doesn't do any manual labor, hasn't invented anything, actually described himself as unemployed and yet on his millions pays only 13% tax (mainly due to government rules that his colleagues helped set up).

Why are so many people not making enough to pay income taxes?  Rules set up by those in power to maximize their profits have certainly played a role.

The world is undergoing a major structural change, one outcome of which will be that there will be much less need of physical labor.  Jean Chretien, former Canadian Prime Minister once said that "there is dignity in work."  What will we do when there is not so much work to pass around?

Do some people have to live meaningless lives while others burn out in the pursuit of survival and others can stroll through life?  Can we find value in things besides physical labor?  Can life be made more enjoyable for all of us?  Could more people ascend Maslow's hierarchy?

Nobody has all the answers, but a few thoughts to ponder.  If we on average worked less hours could the work not be spread around?  If the ideal goal of a life is to enjoy it can we not each benefit from learning how to do so and can this process not provide opportunities for others to teach?  Can the teachers not also learn?  We are overwhelmed with information which needs to dealt with for optimal benefit.

Can we count on a government to help us make the transition to the future?  Or are we going to see who can survive the David and Goliath struggle that will hurt everyone?  We are dependent on each other and the sooner we understand that the easier it will be to help each other.
Posted by John F Davidson at 4:49 PM