I BUILT IT ALL BY MYSELF! NOT 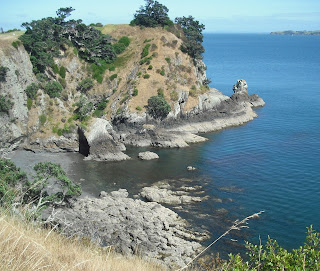 The title of this post reminds me of a youngster (could have been me) who has built something from play toys and is proud of him or her self.  In truth we should encourage him or her to be ambitious and continue to mature their skills.  But we know a lot had to happen before that youngster was able to build that construction and a lot more will happen before they contribute to society.

The mockery of what Obama actually said astounds me.   The ignorance and arrogance of many is amazing, but what really scares me is the willingness of others who know better to exploit a supposed gaffe that was actually truthful.  A distortion is not much different than a lie.  The meaning of something has to include the context or we are not better than smart ass bullies.

Stephen R Covey, a Mormon has my respect for emphasizing that the world is inter-dependent.  We are LUCKY to live in a western civilization that has optimized our inter dependence, at least more than in previous times.  We don't have to do what our parents did, we are relatively free to pursue our own path and fit into society in our own way.

It is the height of arrogance and ignorance to think that anyone achieved anything all by themselves. Obama was not trying to take away credit for the striving and efforts of people who have achieved success.  He was trying to restore a little balance.  Since then the opposition has put up a lineup of people who have done it on their own.  But none them has; they all got some boost from government.

It is far more basic than that.  For someone to succeed they have to sell something to someone who buys.  It might be a product, a service or an idea, but if nobody has the resources or inclination to buy whatever it was stays on the shelf.  We have to survive a stage of helplessness until we reach a point of fending for ourselves and truly we never really reach that stage, else there would be no need for police or armies.  Somehow we must learn the ways of the world both formally and informally.

Communication and transportation, a legal system, a workable currency, a base of potential customers are the necessary foundation of every business.  Some of us benefit more than others from this foundation or you might say are able to exploit their resources more effectively.

There is a great need for balance.  It takes all sorts of people to make our society work.  Thank goodness there are ambitious people with talent, willing to work hard to get what they want.  They get what they want by satisfying desires of other people.  Thank goodness there are people willing to do the grubby work.  Thank goodness there are people willing to encourage us and teach the ways of the world.  Other people do whatever is left.  Some of us have big egos and resent anyone telling us what to do, but others are willing to fit in wherever they can.  We can all point to people who take, but don't give anything back, some are considered successful and others considered bums.  Teachers are often depicted as ones who couldn't get a real job, but they are key drivers of progress:  http://www.therealjohndavidson.com/2012/11/what-teachers-make-by-taylor-mali.html

When those who have money are not willing to share, to help others follow their path, to help those who were not as lucky or talented as they were the whole society starts to decline.  We are disgusted with despotic rulers in the current and ancient world and realize we are much more fortunate.   The problem starts with someone leveraging their power at the expense of others.

Do some people deserve special status because they take risks? Maybe, but in fact the government has reduced the risk in many ways.  One thing many of us overlook is the designation "Ltd." which really means the risk is limited to the amount invested whereas before there was no limit. Bankruptcy rules protect not only consumers, but also companies.  Then there is the so called safety net.  What happens when reasonable risks don't work out?

There is a need to respect individual talent, ambition and hard work.  There is also a need to realize that we are inter-dependent.  I recognize that some people think they pay too much in taxes and some of them might be right.  I realize that regulation and bureaucracy can be wasteful and crush initiative. But we have to acknowledge that some people became successful by abusing others and actually kept some deserving people from getting a decent opportunity.  If you think about it there are a few very dangerous people who are trying to take advantage of the rest of us--who is going to protect us?   Most important let us not distort the meaning of the message-- what Obama actually said is very fundamental to making decisions that affect everyone and I think the key to our future.  Reject it or misunderstand it and I think we are headed for anarchy.   And no I do not think that is too strong a description.
Posted by John F Davidson at 8:13 AM