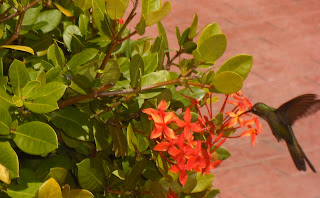 Many of us are waiting for a lucky break, likely the majority of us.  Sometimes that is expressed by buying lottery tickets or other gambling.

Often we are just waiting for someone, somewhere to do something for our benefit. Salespeople often find themselves wishing for a lucky break.  Sometimes they get so distracted by that notion that they fail to do what can be done to create a lucky break.

The "Luck Factor" by Dr. Richard Wiseman talks about how some people seem to attract luck.  Of course people are really hoping they can get a lucky number which would solve all their problems.  It turns out the key factor for many "lucky" people is they expose themselves to more opportunities.  Buying more lottery tickets might be one way of increasing your odds (if you don't buy you have no odds), but another way is by being open to opportunities. Opportunities are everywhere, but often below the surface.

Making cold calls can be very discouraging, but they are a step to improving your "luck".  Every now and then I will get somebody who says I was just thinking about whatever I was selling at the time. You could call that luck, but I called dozens if not hundreds of prospects before hearing those words. Another critical factor enters into the effort and that is you have an opportunity to learn.  Every person you contact has a unique situation, but they do fall into patterns.  At one level you will be told things that can help future efforts and at another level,  you will develop a feel for where you are wasting your time and where you need to probe deeper.  Dr Wiseman thinks you should follow up your "lucky hunches" which are really intuition fine tuned  by experience.

What is the perfect time to call?   I used to take young boys and girls out canvassing for newspaper subscriptions.  One of the key problems was the dinner time.  People eat dinner at a variety of times and ideally we thought it would be good to avoid it.  However that proved to be impossible.  Some people would eat early and some late and some even ate when we guessed.  Another problem we had was that many people disappeared after eating and others settled into a regular routine.  The best results were obtained when we stopped trying to guess and just tried to cover as many households as we could in a limited time span.  Some people even signed up at dinner time.

On your first call one of the key details to learn is when is a better time to contact.  It is one of those little questions that can help develop rapport.  After all you are showing concern for their convenience and when they think it over you will probably get an honest answer.

Being optimistic you present yourself in a positive manner.  If you let yourself get discouraged you are not really making your best presentation and it will likely take many more calls to find someone who will overlook your less than best.  Being optimistic doesn't mean putting all your eggs on this next call, but realizing there is an order out there and it could be this next call.

A heart warming movie, "The Pursuit of Happyness"  with Will Smith having a string of bad experiences that places him in a desperate situation, but through a series of "lucky" breaks he turns his life around.  The movie has different meanings to different viewers.  A key lucky break for the main character is contacting a man with a lot of wealth who is impressed with what Will is able to present.  The movie didn't emphasize that Will's character in reality made more calls than his colleagues.  One habit was not to set the phone down between calls and another was to avoid drinking water or coffee so he wouldn't have to take a bathroom break and in general he started earlier and worked later.  When he got his "big" opportunity he was prepared.

While you are waiting for your lucky break you can improve your odds by being pro-active.  A last question.  Are you prepared for your lucky opportunity?

The photo above is the result of looking for it over a period of 3 years.  The first time I saw a hummingbird in Cuba was really about the first hour I arrived at my hotel.  Didn't have my camera and could never find another hummingbird when I did.  For my next two trips I declared my intention to get a photo.  A year later I did have my camera, but they twitted about so fast I couldn't catch it. Coming back from the beach in the third year I had my camera ready and for about 10 seconds I had my opportunity.  This time I was successful.
Posted by John F Davidson at 6:51 AM