Scarcely anything is more boring than someone back from holidays with a lot of photos.  For me there were a lot of joyful memories I would like to share for those who might be interested.  New Zealand was about as far away as I could imagine, but our son Michael lives there and we felt it was past time to visit. 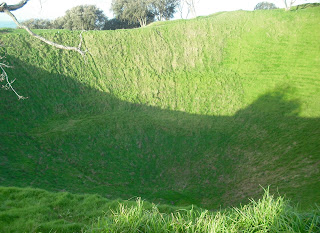 Auckland consistently is voted one of the top 5 most desirable cities to live in in the entire world. After spending a week there the reasons are not difficult to find.  The setting is like a fantasy--water is on just about all sides (a harbour on two different major bodies of water). My experience was during their winter, but the weather was like our middle spring.  One house near where we stayed was growing oranges on their front lawn.  Built on volcanoes there are a few notable viewing points right in the middle of town.  More on why people like Auckland in a future blog.

One visit was to Mount Eden, also known as Mangawau.  When you reach the top perhaps the first thing that strikes you is the grassy crater in the middle.  The second is the view.  You are in the midst of Auckland so you see the bustling modern downtown, but you can also see water in different directions.  One harbour faces the Pacific Ocean while another faces the Tasman Sea.  Boating is very popular and the evidence is plain to see.

Auckland has a world class museum.  You learn a lot about their Maori heritage.  It still baffles me the courage and skill required for the Maoris to sail and settle in New Zealand or as they call it, Aotearoa.   Their wood carvings are stunning.  Dinosaurs were not thought to be part of their heritage, but scientists have discovered otherwise.  They also display geological and ethnic developments over the South Pacific.  Lots of information with one section devoted to odd facts.

The Auckland Art Gallery is also impressive.  You can get a feel for how art developed from colonial times heavily influenced by Maori artistic notions.  You can also see European and American artwork.


Devonport is a part of Auckland that can be driven to, but for many people is more convenient to take a ferry ride.  We took the ferry to visit a boutique village as well as climb another big hill, Mount Victoria which at one time had some historic military facilities. 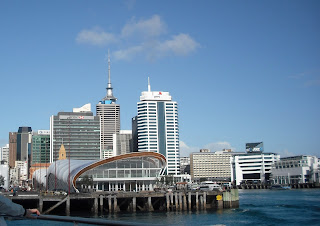 Downtown Auckland is very modern and diverse.
The diversity comes mainly from Asia and the south Pacific Islands, but includes the rest of the world including the established European colonists.  Buildings include classic older buildings and a variety of modern architecture.  There is park space and a number of interesting sculptures.

While window shopping downtown a sign that mentioned possum wool caught my attention.
We decided to investigate and learned that the possum was not our Canadian possum (who have invaded our backyard), but an Australian immigrant that loves to eat Kiwi eggs.  Some bright person figured that the fur of the dreaded Possum was actually very light and durable and so combined it with Merino wool.  We enjoyed the story and were impressed by the quality and ended up buying some yarn for a friend who knits. 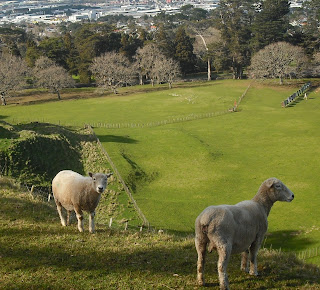 On our last day we visited two unique parks. The first is called One Tree Hill.  Again in the middle of the city with a monument at the top and a volcano crater but what may catch your eye are dozens of sheep. 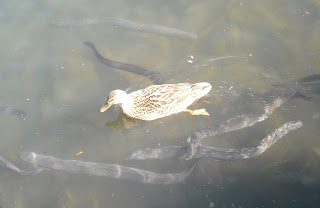 The other park was Western Springs.  Bearing in mind this was during the middle of winter it was a very pleasant display of nature.  Lots of not too shy birds.  What got our attention were eels which we had always thought of as gross, but having never seen one did not appreciate their beauty. 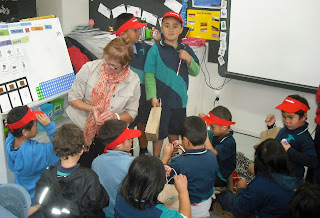 A special day for us was to visit our son's school where we were allowed to participate.  Sharon got to read two stories and talk to the students. We were impressed at how the youngsters responded to requests to tidy up and generally were well behaved and enthusiastic. 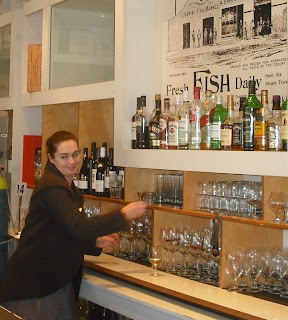 Another stop on our Auckland travels was The Big Picture, a restaurant with special wine tastings.  I had stumbled on them back home surfing the net.  We had developed a little taste for New Zealand wines and thought our vacation would be a great time to expand our knowledge.  Lisa is just as charming, enthusiastic and helpful as she is in her video which you can check out at:  http://www.thewineexperience.co.nz/  You smell a lot of specific odours (some pleasant, some not so) and then get to taste six different wines while watching a movie explaining the choices.  Lisa admitted that wine is very subjective, but there are details that can add to your enjoyment.  She explained some of the logic behind how some wine drinkers can tell what field a particular bottle was drawn from after tasting.  We both developed some new likes and have a bit better understanding about wine. 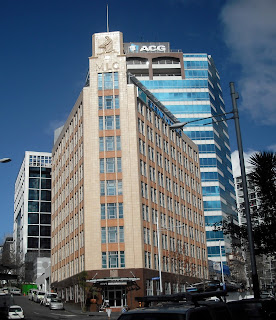 Just one of many interesting buildings downtown.  Old and modern mixed.


There is so much more to New Zealand than Auckland, but this is too long already.  You can read about our 1600 kilometre trek around the North Island including the Waitomo Caves at http://www.therealjohndavidson.com/2013/07/new-zealand-part-2.html and the last is about comparisons and hopefully some insights into what New Zealand offers the world at http://www.therealjohndavidson.com/2013/07/new-zealand-odds-ends.html.