MY THOUGHTS ON THE SHUT DOWN 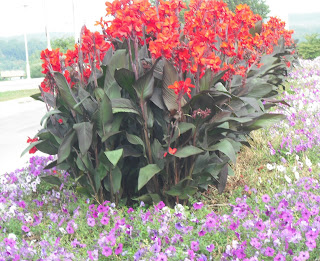 Everyone in the world is concerned about the madness in the United States.  How could such a situation arise. Why would anyone want to shut down the government?   I don't have any inside information, but to me a good part of it is transparent.

The American government has been bought.  There is some wiggle room, but it is diminishing.  Out of any crisis things could change for the better (or not).

Obamacare which he is proud to associate his name or the Affordable Care Act that apparently is more acceptable to American voters is only a symptom of the problem.  The Affordable Care Act is actually a step in the right direction, even if it does offend some of the wealthy or the ignorant.  It is astonishing how many lies have been accepted.   Americans don't question why most other industrial countries have cheaper and more effective health care, or where medical problems are not the most common basis for bankruptcies.  It is true that at the top there is undoubtedly greater medical expertise in the U.S., but that is not accessible to most of the population.

The level of national debt is also used as an excuse, but the concern is hypocritical.  One solution is not all that strange--raise taxes and enforce payment better.  You may be concerned that job creators will be offended.  Of course they will shift jobs to slaves and robots as much as they can, but they should not be rewarded for that.  It is also very short sighted as they depend on a consuming public that now doesn't have the money or the job security.  Being too greedy is like biting the hand that feeds you.  I don't think rich people should bear the entire burden of paying off the debt, but they have benefited the most. in terms of infrastructure, opportunities, educated workers and consumers, and surprisingly (to many of them) regulations.

The debt crisis accelerated with the George W Bush regime with their major tax cuts for the wealthy even in the face of an unnecessary, but expensive war with questionable accounting.  They botched a legitimate war, thereby prolonging it.  The de-regulations and superficial financial oversight were root causes of the disaster that Obama had to deal with while those who caused it constantly complained and wanted to use their previous remedies--lower taxes and less regulation.

The Republicans are now very self righteous (in reality defensive) that they are the ones willing to negotiate and the Democrats are not willing to compromise.  The Affordable Care Act is one example of a compromise--straight from a Republican think tank and adopted by a Republican governor, Mitt Romney himself.  It has proved itself not to be the end of the world, at least in Massachusetts. Republicans routinely tack on repealing Obamacare and abortion demands to unrelated bills to not only make their points (to their base), but slow down government.  There have been over 15 requests to negotiate budgets all rejected by House of Representatives controlled by Republicans.  They now are offering piecemeal bits of budget, to make themselves look good, but avoiding more difficult budget issues.  They don't like it when the Democrats push back.

Americans can blame themselves.  In the 2010 mid term elections the trouble began with lots of criticisms of slow recovery and how awful Obamacare is.  Obama was hemmed in with his idea of a stimulus heavily criticized by Republicans who wanted austerity (except for the military industrial complex) and lower taxes.  Progressives were disappointed that Obama didn't seem to fight harder for their agenda.  Republicans had much less trouble getting out their committed voters.  They were then able to gerrymander voting districts to maximize their resources something which is done every ten years by the winners of state elections and now improved with technology.

Tea partiers are resentful of being called racists, but there is evidence they are not immune to prejudice.  Some surveys have revealed that Obamacare is hated, but the Affordable Care Act is more acceptable.  Racists realize it is not politically correct to use obvious terms such as the N word, but have developed codes.  Many are not so coded with Muslims who are safer to denigrate.  I don't think most Republicans are any more racist than the general population, but they do take advantage of racist thinkers.  Americans are much less racist than they were a century ago, but the feelings have not yet completely died.

I have read that the Republicans are controlled by Evangelicals and Tea Party members neither of whom seem particularly open minded.  Moderate Republicans are still active.  An original cause is that party strategists at one time realized their economic policies were not enough to get power and they harnessed themselves to "social" issues.  Racists used to vote for Democrats, but when Lyndon Johnson signed some Civil Rights legislation Republicans were quick to establish their credentials as against extreme civil rights, and although trying to be politically correct use lots of code to create a bond.  They learned that abortion and gay rights are issues that overcome obvious economic concerns.  Gun rights fit in with corporate agenda.  In my opinion they all made America less of a fair and free place.

Throughout history people have realized money very often decides elections, yet there are fewer and fewer restrictions on political donations.  The recent outrage over the IRS masks the fact that even more campaign financial abuse has been accepted.  It is a complex issue  that boils down to the fact that in order to get elected a candidate is required to spend more money than in the past.  They have to spend more time fundraising.  The money comes with expectations and the big money with greater expectations.  The fundraising time takes away from actually studying the issues and making reasonable compromises with those who have different priorities.  Media benefits from increased advertising revenue and they try to fan their ratings with horse race coverage.

The wealthy have bought their way.  Much of their high income is taxed at 15%, inheritance taxes have been lowered and they are able to hide money offshore.  How can they get away with it?

How can they get out of this mess? Both sides are accusing each other of causing a major disaster. The Speaker of the House decides which bills are put to a vote and Republicans avoid offering anything that they are not sure will go their way.  A big fear now is that with gerrymandered districts, a Republican has more to fear from their base than they do from a Democratic opponent.

The voters can alleviate the situation in 2014 if they choose to do so.   Some solutions require a long term effort.
Posted by John F Davidson at 2:23 PM