When the public (that means you) are lied to. What can you do? 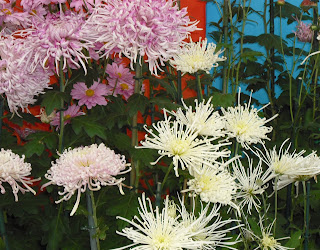 My concern for this post is with large organizations that have discovered something dangerous about their business and chose to hide it.  Three examples that prompted this are the Tobacco industry, the Oil business and the National Football League.  They have all crossed my path and that of virtually all North Americans.  Part of me is self-righteous, part is practical and part is hypocritical.  Many, if not all can identify with being pushed and pulled by tobacco, oil and sports.

Sir Walter Raleigh brought tobacco to Europe and it must have seemed very weird to Englishmen at first.  Perhaps addiction wasn't really noticed, but somehow smoking came to be prestigious and pleasurable.  It was mostly restricted to men, at first and relatively wealthy ones as the product would be in short supply until demand rose.  A few centuries later and it had become universal with both sexes indulging.  Along the way there must have been suspicions that it was unhealthy, but nothing definitely had been established until late in the twentieth century.

We now know that among the first proofs of the harmful effects of tobacco came from within the industry itself only they chose not to disclose.  Some of its early defenders did so because they saw attacks on tobacco as attacks on free enterprise.

I have written about tobacco in a post about movies http://www.therealjohndavidson.com/2015/06/smoking-and-movies.html I do not understand how I escaped the lure as my father smoked cigars and many of my friends smoked when I was a teenager.  Many of them have since quit and I would say the majority of my acquaintances do not smoke.  Although my mother didn't smoke she died of emphysema, perhaps due to second hand smoke.  The hardest thing to understand is that teenagers (that most vulnerable age of humans) are attracted to it, often as rebels, not realizing they are being used by big money tobacco.

I try not to be self-righteous about my abstinence, as I like and admire many people who do smoke. And I have other bad habits and addictions.

Global warming and climate change have been talked of for at least two decades that I remember, but not taken too seriously until more recently and maybe not seriously enough.  Exxon has made the news having done research that proves climate change is real going back to the 1970's and not only hid the information, but spent large amounts of money detracting from the problem.

My involvement in environmental concerns is a little more spotty.  Recycling and cutting waste were habits I cultivated, but in some substantial issues I found myself trying to be practical. With my limited funds I was always looking for investments that would lead to wealth or at least financial independence.

My experience with Suncor didn't start out to support the Tar Sands.  One of the outlets for Orange aPEEL (more down below) was Ontario Co-ops who had an arrangement with Sunoco to blend in ethanol to gasoline served at many of their locations.  At the time they were one of the few gas station chains using the term and my curiosity got the better of me.  Ethanol was supposed to give improved engine efficiency and was natural being derived from corn.  Seemed like a good thing to invest in and I wrote away for an annual report from Sunoco.  I spent a lot of time looking for any mention of ethanol and finally found it, but it was pretty miniscule.  Still I thought I was very clever and bought about 100 shares in my self-directed pension fund.

Ethanol became more common, but more importantly Sunoco turned out to be the most successful investment I ever made.  The dividends at first were small, but I  bought a few more shares, then noticed it seemed to split every few years.  A few times thinking I was ahead of the game I took the profits after a split to diversify into a few other stocks, some of which did ok, but none performed as well as Suncor.  I became more conscious of the Tar Sands, but still saw ethanol as my motivating driver.  Oil from the Tar Sands was much more expensive to extract, but Suncor and others invested large amounts of money for what was seen as the inevitable rise in prices.  Lots of political turmoil had made both Canada and the United States dependent on foreign countries and in fact our purchase of gas seemed to be financing lots of Mid-East jihadists.

At one point I actually looked for an environmentally friendly energy company and thought I had found it--hydro electric power and some renewables.  It never made much money, but seemed promising.  Then it was taken over by Trans Canada Pipeline that I had been persuaded to buy 100 shares.  I took this as a sign that Trans Canada Pipeline wanted to be part of the new energy, but I now think they just wanted to stifle a potential rival.

In the last decade or so the dividends from both companies became significant and while interest rates declined my income and capital gains from Suncor and Trans Canada Pipeline were more critical to retirement plans. Another thing I noticed on a few day trips to the States and a major trip to New Zealand was that the Canadian currency had more power than earlier.  The Canadian dollar seemed to track the price of oil.

I would like to think I am both smart and ethical.  The smart part of me thought although fossil fuels were bad, nothing I did would change their power, so I might as well keep the two stocks.  I had some advice that reinforced that thinking.  A decade or so ago, spurred by my son Michael I started voting for the Green Party and in general more concerned and informed about Climate Change, but still clung to my two stocks.  Eventually my conscience troubled me more and I began to believe that renewables would eventually conquer the fossil fuels and that soon there would be a big adjustment.  I sold both stocks, though I confess I timed them until just after the date of record for dividends.  In total my Suncor investment increased by about 20 fold.  Looking back over a year my sell decision seems to have been both smart and ethical.  There are sure to be some harsh adjustments.  I used to drive more than the average person because of my jobs (http://www.therealjohndavidson.com/2021/02/my-life-and-adventures-with-cars-part.html) and personal interest--that has already been curbed.  The Canadian currency has become weaker and that will also affect my travels and probably even local purchases. Hopefully the air will be nicer and perhaps the climate more controllable, but both are long term projects.

We have always been aware that football is a brutal sport, in fact that is one of its attractions.  Many years ago it was pointed out to me that another big reason for the popularity of the NFL was gambling, and that NFL really stood for National Football Lottery.  I saw it as a strength, speed and skill game and the toughest of the major sports. In the past few years there has been an increase in knowledge about concussions.  The owners have been very resistant to publicizing the information or doing much about it.  There is still concern that the lustre might be taken from football.

High school, the CFL, university (Canadian and American) and the NFL consumed several hours each week during the season and I was a true fanatic.  I did not play organized hockey or football, but followed them almost religiously and had been very active in neighbourhood sports until my twenties.  Then a friend, Michael Bromilow involved with education told me he couldn't support any sport that deliberately set out to injure players on the opposing side.  It wasn't hard to see the truth of that and my interest, particularly in football petered out quickly.  Now we realize the NFL has known for a long time that concussions are a threat to the health of their players.  My favorite sport was basketball and I was coming to appreciate soccer, especially after my son got involved.  All sports have tension and drama, but I came to appreciate skill, team play. and discipline.  A book on basketball had the title, "The Name of the Game is Deception. " I still get pumped up for an athletic display of skill and the tension between well matched teams or individuals.

Near the end of the Roman Empire entertainment for the masses involved violence and  actual killing on a scale we haven't yet reached.  Football and other sports can still be enjoyable, but for some without the violence it is a bit of a letdown.

Orange aPEEL, a cleaner was the one thing I sold that most made me feel I had a purpose in life, more than just to make money.  But I was naive in many ways.  Some huge companies were well aware of the ingredient d'limonene and all its many benefits, but they preferred to sell it in pre-mixes to keep the costs down and increase its shelf life.  My original boss really got caught up in the product as a concentrate and so did I.  I came to realize that almost any concentrate is both more environmentally friendly and economical than a pre-mix.  The problem is modern consumers much prefer the convenience of a pre-mix and the illusion that it is cheaper.  Marketing understands and exploits this and I thought I was knowledgeable about marketing.  Those with the resources can get their message out more effectively.

I also learned some unfortunate aspects of my product.  In some cases it was allergies and it could be either animals or people that suffered.  I learned for some tasks it was too strong and for others not strong enough.  I felt my future lay in repeat and referrals so I was as honest as practical.

I was forced out of that product, but still recommend it.  A few understand it, but most just buy whatever is most convenient and that they have confidence in.  Some of their success was with pre-mixes.  I have written about an eye glass cleaner and there was a shampoo, both of which are terrific, but under appreciated.  Some more on Orange aPEEL:  http://www.therealjohndavidson.com/2013/03/applications-in-selling.html

I have written about how there is a lot of resentment of regulations.  http://www.therealjohndavidson.com/2015/10/regulation-how-we-protect-ourselves.html
What I learned from my experience is that regulations often favor big companies over small companies as they have the money to meet standards where often small companies suffer.  There might also be some concern that some big companies can skirt around regulations.

What does one puny person do against corporate conglomerates?  Some may have the power to change things, but most of us have limited resources.  But we all have some power and using it wisely can make a difference.  Examine everything.  Look for alternatives.  Set an example.  Encourage your acquaintances when prudent.  Vote carefully.  Help put things in motion so they can develop some momentum.
Posted by John F Davidson at 2:31 PM