REGULATIONS: HOW WE PROTECT OURSELVES AGAINST OURSELVES 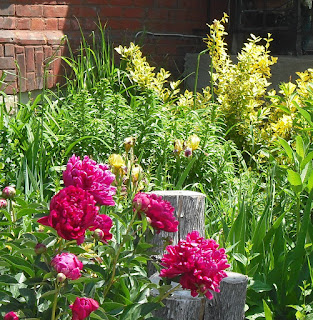 We like to think that we are not selfish or at least we are fair.  Ha ha, are you sure?  It is easy to point to other people who are selfish and unfair, but if we look deep inside ourselves are we that much different?  The key factor often seems to be opportunity and I would concede part of that is our upbringing.  Most of us are taught the importance of fairness and we can agree with the Golden Rule that we should do on to others as we would have others do on to us.  But almost everyone of us knows someone who cheated and got away with it.

People are wonderful.  We can be creative, generous, and wise.  As a survival tool we are also self interested and protective or we wouldn't have made it this far.  A common refrain is that freedom is one of the most, if not the most desirable of aspirations.  The problem with our freedom is all too often it infringes on other people's freedom.  Our freedom to do selfish or bad things can hurt other people.

Evolution has been portrayed as a struggle for survival of the fittest.  We now realize that survival often hinged on co-operation inside a group.  Human nature being what it is there was probably always an element of exploitation, but in the early days it was soon recognized that it is easier to survive (and thrive) as a member of a group than as an individual.  We learned that there is survival value in restraining our greed for the common good.

A key to human progression was producing more food than was needed for one person or even just one family.  Agriculture unleashed civilization as we know it.  Cities could develop, businesses could innovate and serve a variety of needs, and banding together people could protect themselves against outside forces.  Now many did not have to work as hard as others and could still prosper if they were smart.  The masses could organize against some abuses.  We came to rely on leaders.

And surely there were abuses.  We read about adulterating the value of coins, of tampering with weigh scales, of misleading promises and of the fact that often might is right.  While the masses were always interested in getting their fair share of resources, others were more clever or cold hearted to get more than their fair share.

We certainly hear the laments about how abusive regulations are.  Tamping down innovations and ambitions.  Yes there is a lot of truth in that, but it only tells part of the story.

Human nature has proved itself continuously that anyone can exploit their resources over others to gain an edge.  Often times this is admired and rewarded with gratitude and concrete advantages. Other times the perpetrator is thrown in jail.  Mostly it is not noticed and the perpetrator has gained some advantage, small or big.

Regulations attempt to keep a level playing field.  If you are an honest, hard working, but rational person you are concerned that your co-workers and your competitors might be cheating.  If they are thought to be unfairly exploiting opportunities you will be tempted to do so as well. The consumer would like to think that when they buy something or trust someone they are getting what they have been led to believe.

On the other hand regulation can create barriers for outsiders.  Those who have established themselves can make the rules.  In fact the most important edge someone achieved might be the ability to help set the rules.  Often the rules make it difficult for outsiders to make any inroad

Chrystia Freeland in her book, "Plutocrats" recounts the story of the rise and fall of the Venetian Empire.  It was founded with legal mechanism to encourage daring entrepreneurs out on long distance trade. You might remember Marco Polo and his father and uncle participated in this.  Everyone benefited from the profits of of the successful risk takers.  By 1500 Venice had lost much of its power.  Chrystia attributes it to the rise of oligarchs, many of whom were self made.  They wanted to entrench their power and wealth and closed opportunities for newcomers.

In ancient times we can read about adulterating coins and altering scales amongst many other tricks to persuade gullible consumers.  Today we are perhaps a little more sophisticated.

Newspaper headlines keep reminding us that those in power (and those who want to take a short cut to power) are always looking for an edge.  Volkswagen engineers found a way to pass pollution tests without actually having the expensive adjustments.  Back in 2008 after lobbying for de-regulation in the financial industry we had a major financial event that was negative for most people.

We tend to feel most comfortable with the status quo or the default position.  Disruptive innovations are by definition things that upset the apple cart and force the rest of us to adjust.  An example might be some green energy breakthroughs may hurt those who are deeply invested in fossil fuels.  You can read about the delicacy of the innovators dilemma at http://www.therealjohndavidson.com/2013/03/the-innovators-dilemma.html

Regulations have been touted as job killers.  Maybe, but can have positive effects.  A company can only sell defective or harmful goods for so long before consumers stop buying or suffer other consequences.  The regulators are employed and in most cases paying taxes and protecting the public good and encouraging honest endeavours.

It is actually the presence of safety nets that allow some entrepreneurs to take a risk.  Take away the safety net and some innovations may seem too risky.  Safety net tools include unemployment insurance, food stamps, welfare.

After all is said and done regulation is a delicate balancing act.  Who do you trust?
Posted by John F Davidson at 2:17 PM