My attitude on profanity over the years 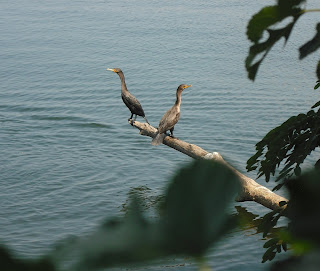 How does one talk about this topic without actually swearing?  Swearing has been an integral part of my life seemingly forever, but part of me wants to protect what little image I have left.  My assumption is that most of my readers have used curse words at one time or another, but a few of you might not want that too widely known.  For me I do not wish to offend anyone, but swearing is a cultural practice whose role has changed over my lifetime.

When I was very young I was unconscious of it, probably because my elders were politically correct enough not to get carried away in front of an infant.  I can only guess when I first heard anyone swear and it was probably a young peer trying to act tough like an adult.  The word "hell" was considered a forbidden word, but it was probably the first swear word I ever heard.  The word has long passed into everyday usage, but it was a bit daring and subject to parental correction in my youth.

That gets to the essence of swearing.  It is theoretically forbidden, but lets people express either anger or sophistication.  It can be provocative, an insult and often humorous.  The elements of culture that serve the purpose of swearing come from sex, excrement, and religion.

Telling on siblings or classmates was a pleasure on its own, but had a double pleasure of getting away with swearing if you could say you were just quoting.

In my early teens I joined Sea Cadets and found myself in a culture that revered swearing.   It came from the top, (officers) bearing in mind that at the time they were all male.  At the bottom (where I was) swearing was a sort of art form where the different cadets tried to out do one another in their inventiveness.

Amongst friends it was almost like a contest to see how inventive we could be and how boisterous.  I took some pride in doing well in this regard.  If we felt safe we would yell it and this could sometimes get unwelcome attention.  My father informed me that I once upset my mother when I got together with my friends.

In high school (Oshawa Central for grades 9 to 11) I had a lot of Polish friends who delighted in teaching me Polish swear words.  A few years later I learned some Italian words and was surprised that my grandmother in law would occasionally use a famous Italian gesture.  Sometimes I admit we thought it was cute to swear in their native tongues as a way of insulting some people.

Moving to university expanded my awareness of the role of swearing.  In my residence was a Chinese student who at first was reluctant to swear, but after awhile he really got carried away and seemed to have a greater feeling of acceptance.  Ironically he wouldn't tell us the Chinese equivalent as it was "too terrible," but in English he had no problem.

Also in my residence was a Royal Military College transferee to Guelph to be with his girl friend.  Both seemed very prim and proper.  I only remember one time being in a group with him without his girl friend.  He came close to setting records for swearing making an effort to bond with our group.

A lot of swearing was used in connection with sex.  As young boys become aware of sex they are amused to use swear words and in a very real sense objectifying females.  I had a mother, grandmothers, sisters and classmates and I realized part of my relationships were compartmentalized. When it really dawned on me that I might want to be friends I needed to not only curb my language, but realize there is, for lack of a better word, humanity.  Gradually I realized that many young women (and older) also used swearing partly as a bonding tool, but also I suspect to talk about us males behind our back.  It used to be a mark of gentility not to swear but now it has gone through the era of projecting sophistication to just being normal.

I remember listening to George Carlin in mixed company about the seven forbidden words.  It was not only entertaining, but enlightening.  Swear words have power, but only if you care.

In the last decades I have enjoyed watching foreign movies, but relying on subtitles to follow the plot and characters.  I think at one point the written word having more power (because it is more permanent) some translators were reluctant to use the literal translation.  In Bollywood, English is very common and while there were some English swear words they sometimes seem to have been mellowed in the subtitles.  This is not the case so much anymore and I supposed I could learn to swear in even more languages, but I am content to get the idea.

When I was out of university and looking for a job I visited some friends and ironically they celebrated my appearance by drinking to excess, although I did not indulge.  A parent got upset about my influence and when my closest friend Bob Stone told me my first reaction was to swear.  I have never forgotten his reaction, "with a university education is that the best you can say?"  Swearing does type you and that made me think I would rather be typed in some other category.

Those who seldom swear are taken more seriously when they do.  They must either be very angry or trying to fit in.  I would hope that most of the times under stress I could resist swearing, but admit that I am not always that cool.  If you are frustrated reading about swearing without any actual swearing take a quick trip to any schoolyard at recess and you will get your fill.
Posted by John F Davidson at 6:19 PM