Johannes Vermeer: Eye of the Beholder

Sight is something most of us take for granted, not realizing perception is in the eye of the beholder.  My curiosity was piqued with a movie trailer for "Tim's Vermeer"  A technological innovater, Tim Jennison had discovered that an artist back in the mid 1600's had an understanding of optics that he found difficult to duplicate and that resulted in pleasing paintings. 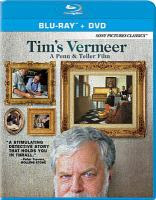 Before I saw the actual movie I started reading "Eye of the Beholder" that studied the overlapping of a great artist, Johannes Vermeer with a great scientist, Antoni Van Leeuwenhoek both might be considered pioneers in the long road to modern technology.  There is no proof they met, but they lived very close to one another in the Dutch city of Delft and one became the executor of the other's will.  They both had an interest in optics.  Although the author could only speculate about their acquaintance she went a little further wondering who introduced the camera obscurata to the other.

While in Havana a few years ago we were directed to a room called a camera obsucrata.  What I remember is a rotating view of the outside while staring down some sort of apparatus that I didn't really understand.  It gave an interesting perspective of what was visible outdoors.

Artists were like modern photographers--expected to reproduce significant images for the appreciation of a greater audience.  Each saw below the surface.  Vermeer was more of a perfectionist than churning out paintings. Often took 3 months for one painting and in his life is only known to have done 45.  Would sometimes stop for several days to allow certain types of paint to dry in order to create a special effect.

Perspective is something that artists came to understand and is essentially mathematical.   Perspective was used to make paintings seem more realistic (reflect what the eye actually sees).   Camera obscura reflected a three dimensional scene in two dimensions.  Vermeer was not the first or only artist to discover it, but he took more effort.

One personal adventure I had with perspective was when I was asked to seek an illustration for a short story I once wrote.  I went to an artist friend Lorne Miller and asked him as a favour.  He asked a few questions that I didn't really understand.  I took his illustration to the publisher who seemed puzzled at first and didn't think my friend even deserved a free copy of the short story collection.  However after it was printed he appreciated that that art looked very good and relented to make sure my friend got a free copy.

Leeuwenhoeck was as a young man, a cloth salesman concerned about fibre density/thread count which reflected quality  A more detailed look gave him an advantage.  He didn't invent the microscope, but advanced it and developed techniques to viewing that were never disclosed.  He saw and described things never before seen.  The key thing was he became aware that living things were common at the microscopic level.  He went to incredible lengths to study specimens including rotting food, bodily fluids such as his own sperm.   He became aware of blood circulation in tiny microscopic living creatures.

"Tim's Vermeer," produced by famous magicians Penn and Teller tried to duplicate what Vermeer had done.  They used mirrors and and a variety of lens.  In the end after a great deal of time and money they came very close.  Vermeer was also a master at paint ingredients and techniques.  Drying over a period of time created a different view.

In the "Girl with the Golden Earring" they showed a camera obscura and briefly talked about what it could do.  The model, really a modest maid created jealousy with Vermeer's wife and daughter.   From the book I realized that his mother in law played an important role in Vermeer's career.  At first she did not approve of Vermeer, but eventually supported and encouraged him.  She was played by Judith Parfait who I recognized from "Call the Midwife" although the two roles are quite different.  Nobody really knows exactly how Vermeer and his mother in law behaved towards one another, but while perhaps a bit dramatized the movie portrayals had an element of realism.

While trying to fine-tune this post I came across a video on Al Jazeera about the anniversary of The Book of Optics written by Ibn al-Haytham who explained the camera obscura phenomena mathematically that had been discovered, but not understood by ancient Greeks.  He also challenged a Greek concept of vision, giving an explanation that is now universally accepted.

In conclusion I am only slightly more aware of optics, but appreciate that artists had quite a challenge trying to present reality.  Vermeer deserves more respect.
Posted by John F Davidson at 3:46 PM