WHAT HAVE YOU GOTTEN AWAY WITH? 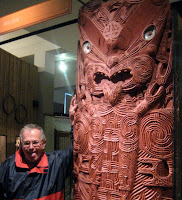 My self perception took a beating when many years ago I was re-tested for a driver's license after accumulating a certain number of demerit points.  Naturally it was unfair, at least in my mind.  The last speeding ticket had been in what I  considered a speed trap.  I started to verbalize my complaints to the testing officer who had heard it all before.  His response has haunted me ever since, "Think about all the times you didn't get caught!"

That shut me up.  Am I alone?  Haven't most of us gotten away with a lot of things that could have led to inconvenience or much worse? Include such things as speeding, talking/texting on a cell phone while driving, telling white lies (or worse), padding expenses, cutting corners, fudging details on a job or loan application, etc. etc.  In some cases you were lucky nobody was directly injured in one way or another or that you didn't get caught.

It is human nature to push the limits until you find out what they are, starting when you are born. Many of us go past the limits, but most are smart enough to find our limits before serious damage is done.  If you do something wrong (it could be accidental) and there are no negative consequences we have a tendency to repeat if the experience was positive.  A lot of petty thieves are caught because their earlier successes have emboldened them to push towards the limits.  Eventually you are likely to get caught.

At the same time humans tend to be self-righteous about someone who did get caught.  One of my favorite movies was "Angels with Dirty Faces" with James Cagney and Pat O'Brien.  As youngsters they both had done something that could get them in a lot of trouble, but Pat O'Brien ran a little faster. Unfortunately James Cagney was caught and sent to a reformatory where he became hardened.  The company he found in the reformatory educated him in the wrong way and when he got out he was treated as someone tainted, but with a tough guy reputation that impressionable youth admired.  In the meantime Pat O'Brien learned a lesson and reformed himself eventually becoming a priest.  The difference in character originally was very slight, but the end result was dramatically different.  The movie ending left a character lesson that was very brutal and stark.

This is not to say that you should accept every criminal or immoral act or even simple faults that cross your life, but that you should refrain from being self-righteous about it.  Forgiveness benefits not only the person forgiven, but also the forgiver.  I continue to repeat actions that have had no (or few) negative consequences, but recognize there is a limit for me.  Also there is a limit for you.

The photo is of me is while at the Auckland Museum in front of a Maori pole sticking out my tongue trying to look fierce as part of a haka, but in reality was a little dumb.
Posted by John F Davidson at 3:12 PM