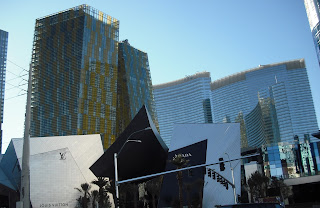 Unlike in Canada the Americans really stretch out an election campaign, specifically the Presidential election.  As soon as one election is resolved organization begins for the next election four years later.  The situation intensifies two years in, especially after the midterms.  Although my bias is for the Democrats I feel there are concerns that bode ill for any political aspirant and for the voters.

By itself this is an expensive proposition which automatically eliminates many prospects.  It also encourages a lot of investigative efforts to uncover any flaws in a particular candidate including their families also discouraging for some worthy prospects  It is good business for media and marketing people.  A number of candidates are able to neglect their jobs in the pursuit of a higher office.  It rewards those who are best able to leap through all the hoops, but not necessarily the best candidates.

My great fear is that the Democrats are conceding too great a broadcast platform to the Repubicans.  A lot of speculation that as part of a pro Hilary Clinton campaign they are limiting the number of debates and making them at unpopular awkward times.  Hilary has hard to beat name recognition value.  The only other two left are Martin O'Malley and Bernie Sanders, both capable men who would benefit from greater exposure.  A celebrity once said you can say anything you want about me, but spell my name right.

The last time around the Republicans did hurt themselves with a long drawn out campaign that seemed to force candidates to out yell and out threaten each other.  They have cut down the number of debates, but started with a longer list of candidates and were forced to do outrageous things to get attention.  In reality they have to appeal to a difficult to please base before they argue their merits in front of all the voters.

Getting our attention is the goal of every aspiring politician.  The debates are only one forum for this, but potentially a very good opportunity for the voter to understand their choices better.  But it is not quite as clear cut as it seems.  Squeezing in time for a large number of egoists is difficult for a media who sees this as an opportunity to boost their advertising revenue.

When I list the issues, it is perilous to ignore any of them and they are all inter-related.

I agree inequality is fundamental.  The Republicans keep proving their loyalty is to their donor base Those at the top get to decide for the rest of us.  They seem focused on allowing freedom to exploit those not fortunate enough to have more power.  Opportunities are restricted from birth and there is no painless way to alleviate that.  The government has power to facilitate the optimal mix, but they are too often beholden to special interests before even tackling the difficult choices.

Climate change, an issue critical for our future in some ways illustrates the inequality.  Those who  are entrenched with fossil fuel resources feel threatened.  I am sure some are learning to hedge their bets, but know clearly that when the consumption and price of oil goes down so does their fortune and their power.  It seems amazing that many voters prefer the opinions of those with vested interests over relatively neutral and earnest scientists, but that is still reality.

International instability is a very complex issue.  First one has to accept that no one nation, not even an exceptional one like America, really controls the rest of the world.  The international players are  threatened by inequality, climate change and ignorance of each other.  The Republicans scoff at the idea that climate change has anything to do with national security.  Many of them are intelligent enough, but more concerned about maintaining their own  power.

Campaign finance affects everything else.  Getting your voice heard costs money and with a long campaign, money becomes an even bigger issue.  A major concern of every elected politician is to get re-elected.  Raising the necessary money now takes up more of their time and ties their options.  They used to spend time sorting out the factors of decisions they were elected to make and to discuss with other perspectives.  Billions are being spent to sway your vote, not necessarily for your best interests.

Human rights are too often a wedge issue.  If the majority is prejudiced against a group they feel it is their right to discriminate and ignore the merits.  In some ways this is an inequality issue, but goes beyond income.  Politicians have learned by using code words and sometimes blunt language they can get votes at the expense of minorities or of some people violating other people's religious beliefs

The voters get most of their information through the media.  Although many have pre-set notions others are open to facts and intelligent opinions, but bear in mind that the media has its own agenda.  Basically they are in business to make money and sometimes that means sensationalizing the format and/or the content.  They tend to minimize the issues to cover the horse race aspects.  The more powerful media outlets may have their own preferences and can advantage one side or the other.

Everything is stacked against the middle class, but most of us are unaware of how we are being manipulated or are made to feel helpless.  As a counter balance there is the inter net and word of mouth.  Most voters have access to alternative opinions and facts.  Bernie Sanders, my favourite has been able to draw large crowds, mostly I suspect sympathizers, but is not able to get nearly the time on major media outlets as someone like Donald Trump.  He has the disadvantage of not being favoured by the establishment.  Part of his appeal comes from avoiding special interest donations that go against his platform.  Others are willing to compromise their agendas to get the necessary money.

The American primary procedure illustrates the problems.  Hopefully as more people become aware of the distortions something can be done.  This blog is really only indicating some problems, but is not in a position to implement any helpful suggestions.

The photo is from a trip taken to Las Vegas a few years ago.
Posted by John F Davidson at 1:59 PM