Although there are lot of pleasant memories for 2015 you can read about below,  I will start off with what many might consider downers.  The loss of people dear to me hurt, but they also brought back the value of knowing them and appreciating life.  The memories are mostly pleasant and I would like to share them a bit. Words really don't convey the value of my experiences with some people I will be missing in the future.. 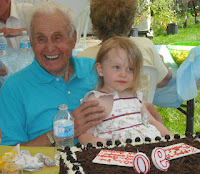 Peter who came into my life after my father in law died, has been a Godsend.  He married my mother-in-law and truly became part of the family which he was always extolling.  You could always be sure of a smile when meeting him.  Before he talks about his history or his viewpoint he always asks about you.  The only Grandfather one of my nieces ever knew.  I became aware that after the death of my father-in-law and my own father Peter took on many aspects of the father role for me.  Peter died in early December at the age of 92.  15 years ago when my father died, Peter, who barely knew my dad drove from Burlington to Oshawa to pay his respects.  A fuller explanation of him can be found at a blog post on his 90th birthday.   We met his son Sam, daughter in law Lisa and grandchildren Nicole and Greg (who flew in from California).  More about Peter:  http://www.therealjohndavidson.com/2013/06/peter-is-still-kicking-at-90.html

Thelma Oddi died in March and reminded me of some pleasant experiences.  She was not directly related to my wife's family, but often was our hostess when we visited Watertown, New York.   Her husband Lefty had become a good friend of my father in law Boris Olynyk.  My wife and I became friends with her son John and daughter in law Joan. 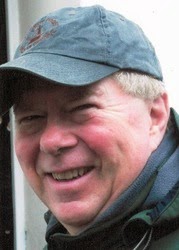 Shawn Hagerman  We had been close from high school and early married years.  He lived in Oshawa while I had moved to Haliburton.  An irony was that a job in a house for emotionally disturbed children, an easy walk from my rural home was too difficult for me to handle, but  he took it on.  Later he became an insurance agent in Haliburton county and sold me a policy and later set up an investment which I still have.  He married a local woman, Diane Earle that I was acquainted with and they went on to have three children.  In a sense Shawn and I were drinking buddies and had been on a number of double dates, but when my parents moved from Haliburton we drifted apart.  We never went to the same school, but always enjoyed long conversations when we got together.  Several years ago a mutual friend got married in Oshawa.  I had booked a hotel room, but it was unsuitable and my wife and I decided to drive home at about midnight, and just at the exit to 401 my car stalled.  No place to stay, so I remembered Diane's brother's name (we had never met) and phoned him and he readily accepted my plea for a place to stay.  Shawn and Diane picked us up and everything turned out ok.  I have occasionally mentioned him in other blog posts, but they don't do justice to his positive influence on me.  http://www.obitsforlife.com/obituary/1076805/Hagerman-Shawn.php

Shawn's unexpected death reminds me of an earlier one that I also don't want to forget.  I met Martin Weber in university and we hit it off, although we were different in many ways.  We were drinking and talking buddies, and shared much of life.  I  had met his brother and two sisters (and one of their boyfriends).  I visited him at home in Clarkson (part of Mississauga).  He was an usher at my wedding, and he had asked me to be the master of ceremonies for his.  After university he got some financing and decided to be a blueberry farmer where I picked a few baskets.  After awhile we drifted apart--he lived in St Williams, but after a few years I had an occasion to visit the area and dropped by his farm and was shocked that he and his wife had both died leaving two youngsters. As with Shawn this brief writing doesn't do him justice, but I don't want to forget.

Ken Taylor the Canadian ambassador to Iran at the time of the hostage taking.   He was a real hero, not just a Hollywood footnote.   A movie came out after "Argo" to set the story straight and restore Canadians to their real role.  Ken has appeared on many tv shows and in this movie and with the extras you see what type of person he was.

In January I checked off one bucket list item--a Fado nite--at Ventura's Restaurant.  For you non Portuguese a Fado night is listening to a unique style of singing.  At first annoyed because the entertainment didn't start until after we had eaten our main course.  However it turned out to be a good idea to more thoroughly enjoy the concert after a wonderful meal.   A fairly intimate setting for the entertainment--we were two tables away from three instrumentalists and two singers.  Understood very little of the words except through the emotions of the music.  An enjoyable unique experience. 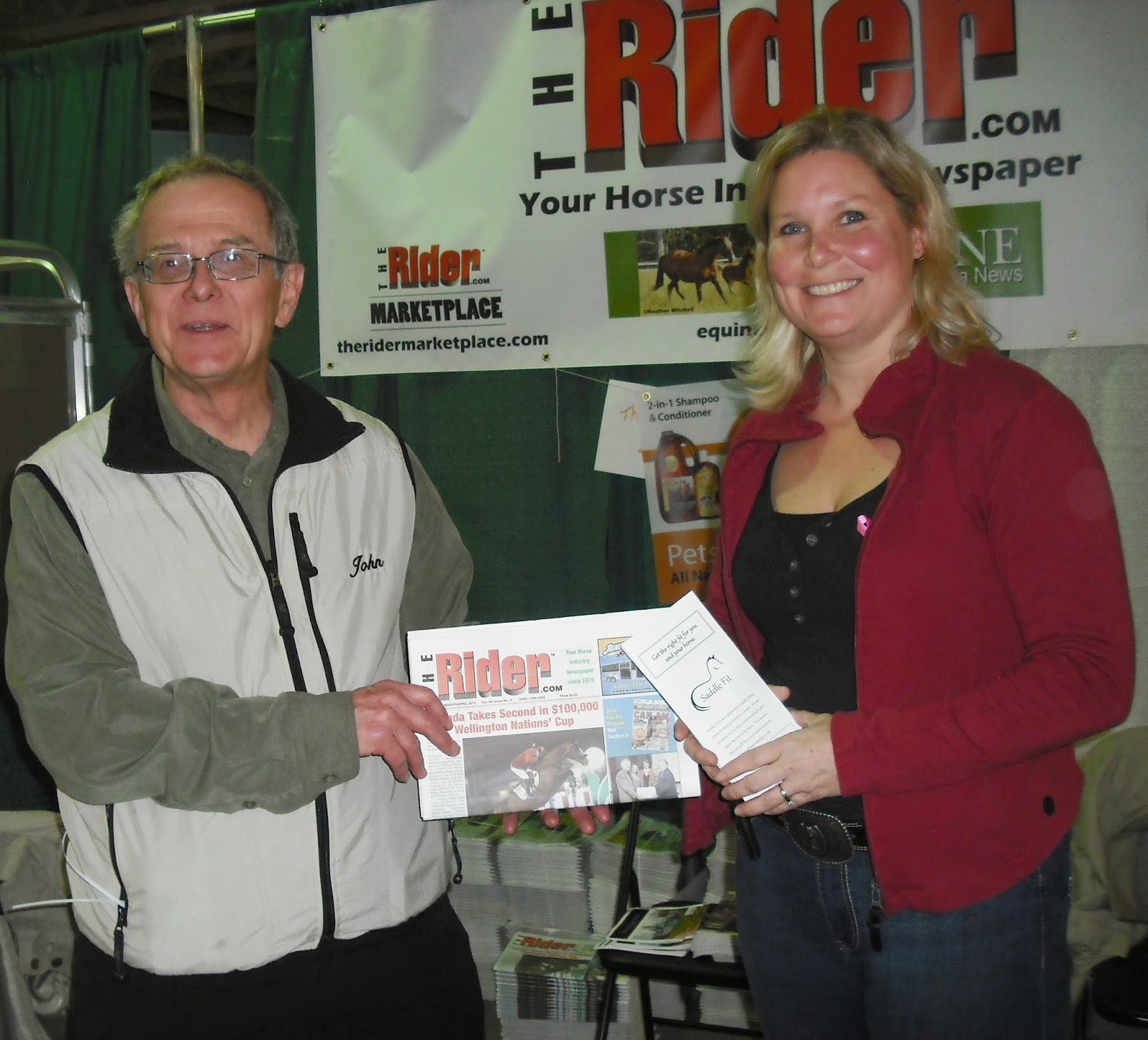 In March I manned a booth at the Can-Am Equine show at a new facility in Markham.--parking improvement, no big guests.  I met a few customers, prospects and other booth exhibitors  I drove Glenda Fordham who originally came from Perth Australia.  She has a lot of experience promoting artists and musicians.

Pan Am Games in part came to Hamilton and I enjoyed one sporting event live and a bunch more on tv.   see http://www.therealjohndavidson.com/2015/07/the-pan-american-games-come-to-ontario.html

The highlight of the year for me was our son Michael's visit  (from New Zealand) and one of the highlights of that was an outdoor party with relatives.  We also visited Philadelphia so Michael could take part in an educational conference.  The trip was mostly driving, but the city of Brotherly Love was very interesting.  You can read more and see a few photos at  http://www.therealjohndavidson.com/2015/07/philadelphia-brief-adventure.html 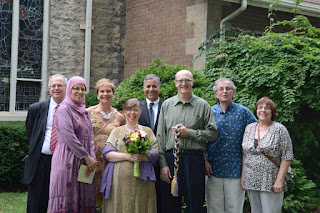 My youngest sister, Jennifer got married to Charles Deal in Cambridge.   Every wedding has uniqueness and this one certainly did.  Starting with the minister there was a lot of humour.  My Muslim sister  Rebecca was allowed to make a reading which was well received.  My brother Marshall took photos (except for the one to the left that he is in).  Sharon made the wedding cake.  The food was potluck and it turned out pretty good with an excellent variety not often found at a wedding.  Many guests I did not know  Lots of hugs

I went on my 8th Superwalk for Parkinson's.  A bit embarrassing because I had not really pushed for donations and had my worst contribution.  Walking through Gage Park I was reminded of an old friend, Don Theroux who died a year ago, but had encouraged us into a fundraiser for Gage Park.  For the first time in years the fountain was flowing, partly thanks to Don's efforts.

The Royal Winter Fair is when the country meets the city.  I went mainly to support selling ads for The Rider., but also as a perk of the job  Saw a few of my advertisers and learned of some future prospects.  The country seems to be losing out to the city. watched part of a show with the Mounted Equine Games that showed some of the excitement horses can bring.  As the announcer said the horses love to run.

Fortunately I hang out with a number of couples as they celebrate their 40th wedding anniversaries.  This year we gathered to celebrate that anniversary for Rob Land and Barbara Drake.  Although they went to the same high school, M.M. Robinson they didn't really get to know one another until they were thrown together during an European vacation.  A lot of interesting stories were told with some great food and wine.

Technology has made it both easier and harder to save old favourite music.  I am sure any of you older than about 40 can identify with my dilemma.  This year made still another transition.  http://www.therealjohndavidson.com/2015/02/pondering-whatever-happened-to-my-old.html

One of the enjoyable things in life is eating out.  We live near James St. N  and are constantly tempted.  Thai Memories, Culantro Peruvian Cookery, Saltlick Smoke House, Acclamation, Wild Orchid, Ventura's, the Butcher and Vegan (mural by a favourite artist Lester Coloma).   Romano's, and Limoncello were two other Hamilton restaurants I had to drive to.  An old favourite, Mex-i-can was forced to re-locate, but the chef started Mesa Mexican restaurant that my Halal eating sister and I really enjoyed on James St N.  While in Philadelphia we would recommend Maggiano's. 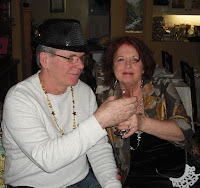 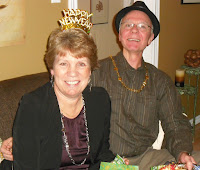 At the end of the year we like to get together with a few good friends.  Talk, wine, music, tooting horns a bit.

Movies are one of my indulgences and I saw many enjoyable ones.
http://www.therealjohndavidson.com/2015/12/films-that-l-appreciated-in-2015.html

Books are another of my cravings and I was fortunate enough to read a few.  http://www.therealjohndavidson.com/2015/12/my-best-reads-during-2015.html


I wrote a lot of blogs and was surprised to learn which were my top 2 blogs for 2015. Hispanic films you can read here:  http://www.therealjohndavidson.com/2015/07/hispanic-cinema-spans-globe.html Basketball was such a big part of my life that I wrote a two parter and it turned out the second part got a lot of attention:  http://www.therealjohndavidson.com/2015/02/my-basketball-projects-part-one.html

I hope you have pleasant memories of your past year (remember them when things aren't always so smooth).  Share them and you will remember them better.