PONDERING WHATEVER HAPPENED TO MY OLD RECORD COLLECTION 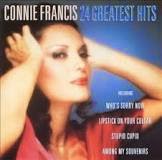 Maybe you are like me, but you would have to be over 50 to really understand.  Technologically I am still trying to catch up with the younger masses.  At the moment I have rediscovered iTunes and already understand there are improved alternatives.  I am once again comfortable with listening to and sorting out my favourite music, but hope not too many more adjustments will be necessary.

As a pre teenager,  there was the hit parade and rock n roll and when money was available I would buy a few popular 45's and even a few that were off the beaten track (always been a bit contrarian).  The next move was to buy albums and soon learned there were two types with hi-fidelity giving way to stereo but you had to have a different type of needle on your record player.  Fortunately my father did, so when he wasn't around I could play my stereo albums.

At one stage a few of us would bus or hitch-hike from Oshawa to Toronto to check out Sam the Record Man as well as A and A Records to get the best selection.  Felt pretty sophisticated with our purchases and learning our way around the big stores.

By university I discovered reel to reel tapes which seemed more mature and did what I could to transfer some of my favourite music to this new format where you could select and mix up different combinations to fit some sort of theme or to set a variety to relieve boredom or create a mood.

In between were 8 track tapes, but somehow this stage was skipped as I was too committed to other modes of listening.  In any case not practical to transfer existing music.  Some of you may have been caught here, like my truck driving father.

The next move was to get into cassettes and that allowed me to transfer old music, but at first I needed to persuade friends to help me out.  Then it became commonplace and you could mix up favourites without difficulty.

Then we shifted to compact disks or CDs and again it was possible to transfer some music, although at first they made it difficult.  I had two cars that had both cassette players and CD, but newer cars only CD players.  Both formats were more compact than records and more portable than the almost forgotten reel to reel tape player.

Some millennials  apparently feel that the old fashioned phonographs with the right speakers had a better quality sound.  My ear probably would not fully appreciate the difference.  I actually have a cheap record player and occasionally use it for some really old records, (some of which were inherited) but not too often.

Nostalgia is very natural.  We all have fond memories of music associated with our youth that make us smile and maybe want to dance.  On some occasions the old music induces feelings similar to when looking at old photos--did I really look that immature?  At the same time I keep discovering new music.

Now my second crack at iTunes.  I am gradually appreciating some of the finer points.  My new Mac Air does not have a disc drive, but with a little effort I learned about optical drivers and have been able to transfer many of my CD bits of music.  My budget doesn't allow great expenditures with iTunes so I am wrestling with buying albums that sometimes are a cheaper way of getting a bunch of old favourites cost effectively or finding lost gems to buy individually.  I love the shuffle system and breaking down to genres, artists, ratings etc  This time although I have lost even the memory of some music that I once loved dearly I am also finding too much of a good thing gathered over a lifetime can be tiring.

There is a new therapy that is based on the idea that people can stir up old memories and become more mentally functional by listening to music that had once been important to them.  One of my fears is forgetting the good things (not so worried about the other stuff).  Music is one of the great pleasures in life, but is unique for everyone. 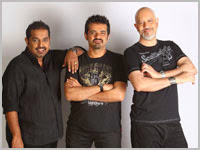 My tastes would be described as weird by many, but what sounds like screeching cats in mating season can sound like a pleasant  purr to others.  As a youngster I watched a lot of Hollywood and Broadway musicals on tv and became fascinated.  Later through flukey circumstances I came to appreciate opera (see http://www.therealjohndavidson.com/2011/06/why-i-love-opera-wayne-gretzky.html and then through another set of incomprehensible events I grew to love Bollywood movies (and music). http://www.therealjohndavidson.com/2012/12/bollywood-music-can-grow-on-you.html  What ties those interests together is the theatrical nature of them--they are all part of telling a story--sometimes very happy, other times very sad and still others stir different emotions. 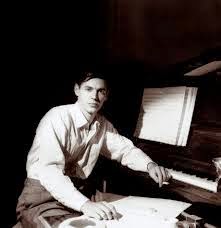 At another time in my life I wanted to understand Italian for a family tree project and thought musical entertainment would make it easier.  Never did master the language, but loved a lot of the music (including pop, traditional and opera).  My sales career took me through Quebec and I developed a love of Quebecois and French music.  A little further down the road I also enjoyed music from the Maritimes such as Natalie McMaster.  Listened to Shania Twain traveling through northern Ontario.  From those experiences I realized music is music and although the words are important it doesn't really matter where it comes from.  I listen to Latin American music and am especially fond of Brazilian.

My father would not be considered very sophisticated, but he played the Hammond organ and listened to big band music which is reflected in my tastes.  I lived through various waves of popular music and some hit me the right way.  Fiddling around on an old radio dial I stumbled on a Rochester (NY) radio station and they were boosting a local boy, Chuck Mangione who had very little national recognition, but I was fascinated, felt like I had discovered something nobody else had.  Some years later he performed with the Hamilton Philharmonic and that really cemented my attraction.  Big band, a sort of jazzy original.

Other stuff I like includes Andean pan pipe music heard at a variety of local festivals and some bagpipe music (heritage identity).  Gregorian chants got my interest after listening to a diverse group of singers on Peter Gzowski who all said they loved them.  My interest in cello (from classical to 2 Cellos), comes from my son taking violin lessons and I came to love the cello music at their concerts 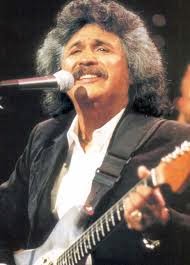 A conversation I once had with an old friend (and current insurance agent) Shawn Hagerman explained that some music is enjoyed most when you are drunk.  Freddy Fender was one we both independently discovered and agreed best enjoyed after a few drinks.  Another might be Stompin Tom Connors or Don Ho.

By no means have I exhausted my musical likes, but what I have listed tends to crowd out the more traditional popular North American mix which is still of interest and get my feet hopping..

With every step there has been a gain in convenience or satisfaction, but there has also been a loss.  It seems natural to want to have a library of music so it can all be handy, but sometimes your library can really get clogged up.  Although I have a lifetime of collecting music some discrimination helps me enjoy it more.  What you choose to leave behind, gives you more time for what is left.

The future could be one of more leisure, and music will play a big role--diverse interests make life better.  How about you?  Have you had to repackage your musical preferences with new technologies?  Have your tastes expanded?

Photos:  Connie Francis, one of my first record purchases--but in truth it was some sort of product tie in--buy the product and get a discounted album--enjoyed it, but no idea where it disappeared
Shankar Ehsaan Loy, my favorites--too bad if you have not heard of them--they combine modern Westernized music with Indian elements
Carlos Antonio Jobim--love the music, but also the lyrics as translated
Freddy Fender who sounds better as you drink more
Posted by John F Davidson at 7:21 PM