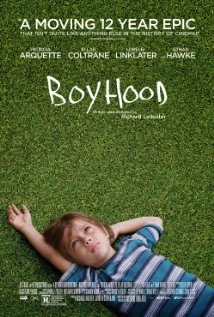 A secondary justification for award shows is to honour and promote excellence.  The primary purpose is to draw attention to whatever the awards are about with the ongoing goal of getting more business.  They seem to be on the increase and I think one reason is that business people recognize them as a marketing tool (and incidentally encouraging higher standards).  This post is to focus on entertainment shows, particularly movies.

Warren Beatty, speaking at the Academy Awards several years ago brought this idea to my awareness.  Warren expressed an awareness of the awards for promotion.  Previously I had naively thought the Oscars were based mostly on merit.  Artistic merit is very difficult to evaluate and humans being what they are let many factors enter into their thinking.

How do you measure excellence in arts?  In the Olympics, figure skating, synchronized swimming and gymnastics amongst others are criticized as there is too much judgment involved, but there is some transparency to the procedure.  Often judgment leads to corruption.  In fact the entertainment awards are heavily involved in politics with groups campaigning for their vehicle. and usually it is not transparent  There is the critics vs the people.  I suspect they actually influence one another, but do have separate criteria.

Entertainment awards programs need to be entertaining.  The Tony Awards honouring live performers are usually pretty good at this.  Hosts are carefully selected hopefully with a sense of spontaneous  humour,  Celebrity is a key element with previous winners often giving out prizes to the new winners. Dance numbers and often trailers help fill in the gaps.

Awards are broken down into components:  best actor, supporting actor, director, writing original and adapted, and all sorts of technical skills. Some awards can be very boring for celebrity seekers, although the choice of presenters can help.  There are a variety of awards and one I have heard about is for an ensemble cast which spreads credit around.  Bob Hope once complained that a comic could never win best actor award.  Bollywood likes to have awards not only for comic roles, but also for what they call negative roles (you know the people you love to hate).  They also break down writing skills to include story, script and dialogue.  Those good looking athletic dancers seldom are trusted to sing, so another award category is for backup singers. The right awards can keep the audience from throwing rotten tomatoes, but it is a delicate balance.  Some awards are streamlined and edited on tape to move the show along further.

Awards are such a good marketing tool, that they have been adopted by film festivals.  There are usually a huge number of films shown to the audience, many of them not considered commercial, but if they win an award they gain acceptance with the general public.  Of course another purpose of film festivals is bring financing to artistic endeavours.  If a financier can tag an award onto their movie promotion they have confidence it might recover the expenses.   Sometimes awards won at festivals and at lesser movie events lead up to winning the big Oscar.  The Toronto International Film Festival brags they have foreshadowed some big winners.

There is more to success than artistic merit and nowadays there are specialists who campaign for specific honours.  Sometimes they are successful, but it is becoming very competitive.  Some concentrate on the actual voters and others try to create a public swell.  Often the public disdains critics because they seem to  prefer artsy-fartsy movies instead of what excites them.  I remember a sports fan co-worker who had seen "Rocky" and was offended that "Cabaret" won the Oscar for best picture.  I suspect a lot of people vote not having seen all the candidates.  Among critics there  seems to be the feeling that if the masses love something there must be something primitive or superficial about it.

At university I took a one semester course in "Aesthetics" where there is a struggle between the subjective and the objective.  The professor said he felt there were objective standards and after all these years I agree with that sentiment, but admit that even with myself I am seldom sure what they are.  Comparisons between actors in different roles seem unfair.

To me a movie is the ultimate art form, but I recognize that there is a lot more than art that goes into the many decisions to make a movie.  Maybe there should be an award for the crew that can turn out the most enjoyable film on the least amount of money.  Of course this could be done by catering to the lowest common denominator, but in other cases it is to be commended.

How could an award such as the Academy Awards have more credibility?  Some film festivals such as at Cannes use juries of prominent people.  We do not necessarily learn of the reasoning process, but at least we know who to blame or credit with the decision.  The Olympics do provide a model where judges selected for their experience and training post numbers after a performance and a mathematical process determines rankings.  There are charges of corruption, collusion and incompetence, but at least we can point to the guilty culprits.  Attempts to control prejudice and bias such as throwing out the high and low numbers have merit.  It does boil down to opinion, but theoretically an informed, and relatively neutral consensus.  They would of course be required to view all the films they are passing judgment on.  We also end up with a ranking that in many cases credits those who didn't quite rise to the top.  Nominations are effective marketing tools, but possibly people would respond to a second or third place ranking in a little more positive manner.

Choosing a movie to watch whether you pay to go a theatre, buy a DVD, borrow or watch on some electronic device can be pretty daunting.  There must be close to a million in storage and thousands added each year.  I admit awards affect my choices--I prefer to think of them as a mark of excellence determined by experts, but we can all be dazzled by publicity, superficial appearances., sentimental connections.  I have never regretted watching the Oscar winner for the Foreign Language category or even the nominations for this category.  I will be watching Sunday night and sometimes will feel validated and other times disappointed

The poster from "Boyhood" was one of the nominated films I have seen and enjoyed.  But I haven't seen them all and instead of being disappointed if some other film wins the prize, hopefully will help determine my future choices.  How about you?  Are you affected by the awards?
Posted by John F Davidson at 4:47 AM