Information and the American Voter 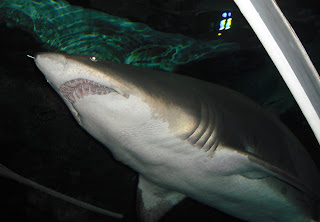 Super Tuesday has come and gone, tightening up the primary season.  It will be difficult to change trends that have been set in motion.  For some of us self appointed analysts it is difficult to understand how so many people can ignore their own best interests.  For some of us who follow differences of policy the choices are almost obvious, but the vast majority of actual choices do not seem to reflect careful thought.  Perhaps I am being self-righteous.  Feel free to judge.

The truth is the average person, even more than the average voter doesn't have the time or inclination to examine the many different policies that would affect them in one way or another.  Maybe they shouldn't have to, after all life can be a struggle and there are many more things to enjoy.  The problem comes in where people with vested interests are able to take advantage of apathy and stir up emotions for their own benefit.

How many of you had heard of Bernie Sanders two years ago?  How about John Kasich or Jon Huntsman?    Or switching gears how about Hilary Clinton or Donald Trump?  Of course my readers are ahead of the curve on these names, but we should also consider that there are many capable conscientious people who do not have the resources or name recognition and give up the battle before any voter realizes they have already lost a choice.

For those who don't really care very much, the media is their resource for identifying people they should pay attention to.  Hilary Clinton has earned a lot of attention and in fact has done or at least tried to do some worthy things.  Donald Trump inherited wealth and some business smarts and built his name with real estate and reality tv.  Hilary has been able to attract significant amounts of money from people who share at least some of her aims and Donald has been able to attract a big amount of notoriety partly through his television involvement.  Along the way he has learned what gets attention.

My choice would be Bernie Sanders and I have admired him for at least two or three years.  My knowledge comes from watching him speak on tv shows with relatively low ratings.  He made a lot of sense and when checking his background his character commanded a lot of respect.  Unfortunately his speaking platform is not as impressive as his policy platform.  He deliberately avoids attacking personalities and rejects financial donations that will tie his hands.  His biggest concerns seem to be inequality and campaign finance.  He has a solid background of supporting human rights for racial minorities, Muslims, women and gays.  He recognizes climate change needs urgent attention, but sees the first two priorities (inequality and campaign finance) as obstacles.

You may have noticed that Donald Trump dwarfs all other candidates in media attention, amounting to a lot of free advertising.  Bernie, despite drawing the biggest crowds gets very little media attention.  There are at least two reasons for that.  Donald is great to build ratings.  The more outrageous he is the more people tune in to get more.  Offending people, even war heroes and making huge exaggerations just draw more attention.  Bernie tries to avoid attacking people, preferring to explain his policies accurately.  In other words he is boring.

The second reason is more serious.  Bernie's policies are not what big money donators want to be heard.  He is easily dismissed as a whining socialist of little consequence.  As critically, he is not what the media owners want either.  Aside from wanting to tax wealth at higher rates Bernie's ideas on campaign finance mean that the media would not get as much revenue from political campaigns.

I admit sometimes the candor of Trump has astounded me.  His criticisms of George W Bush not keeping us safe were right on.  The whole presidency of the younger Bush has been sugar coated and at least some Republicans were happy to get over that hump and pleased to criticize the establishment that has failed to deliver what they wanted.

Donald Trump often spouts things that are true and revealing.  "I love the poorly educated."  If someone is allowed to vote it should be our collective responsibility to encourage them to think as clearly as possible about the responsibility.  Education is just another budget item subject to cutting, except when emotions can be stirred up.  Anti union rhetoric is one tool used.  Another is the influence of religion.  For some, religious education means promoting what they believe and in many cases it means distorting the curriculum to reflect their beliefs.  Bernie seems radical for advocating free university education, but in fact university education in the job market is the equivalent of high school education a few decades ago.  Besides in a competitive global marketplace education is vital.  And to top it off education is what a responsible voter needs.   Some earlier thoughts on education: http://www.therealjohndavidson.com/2014/02/reign-of-error-what-direction-should.html

For those whose highest goal is the pursuit of wealth they gravitate towards policies and rationale to support their greediness.  But they are smart enough to realize many of these policies are counter to the interests of the average person, so they have to find away to disguise their goals.

Emotional factors sway voting choices.  Many people vote against their economic self interest and often knowingly.  The best example might be abortion.  Almost everyone would agree that abortion is a horrible practice.  Other sub groups feel that promiscuity is also unacceptable.  Emotions are stirred up and they become the primary criteria for a voting choice.  Hopefully some people can take a practical view and look at the consequences of making abortion totally illegal.  Like drinking alcohol, when forbidden abortion will go underground.  This means rich people or those with connections can resort to it when they feel threatened by an unwanted pregnancy.  But others either do something desperate sometimes with fatal results and others end up with unwanted children and a change in their life projectory.

If the bad consequences don't make them re-think, perhaps these one issue voters might consider what policies could help avoid or at least minimize abortions.  Two things spring to mind.  The first is sex education that gives information to help prevent pregnancies and also promote the idea of consent.  The second is to make contraception more accessible.  The problem with both of these ideas is that they promote promiscuity which is also unacceptable.  The discussion of these factors is difficult, but part of the information needed to be shared.

An undercurrent in America (and the rest of the world for that matter) is racism.  We all identify with our ethnic background, but for some people merely preferring your own kind is not enough--they hate  and fear the "other."  Many rational politicians have tapped into this.  Everyone has some idea of political correctness boundaries, but a few subtly cross them and Donald Trump not so subtly. Recently he received an endorsement from a former prominent Ku Klux Klan member and after some "confusion" disavowed it.  Racists have a good idea who favours their view of the world.

The real issues that impact the average person (the 99% in other words) are not very prominent in the mass media.  The horse race aspects are emphasized and provocative personal taunts or gaffes are more often headlined.  The media, once called the Fifth Estate is supposed to protect the public from the hidden doings of the powerful, but instead are advancing their own concerns.

The reaction of the media to Super Tuesday is of course mixed.  One blog commentator pointed out that according to the media Marco Rubio and Ted Cruz have a chance to upset Trump, but that Bernie is all finished, although the numbers are not dissimilar.  To me that promotes heavy advertising from the Republican race and hoping to dampen a candidate they don't want.
Posted by John F Davidson at 3:30 PM