the Media and the American Election 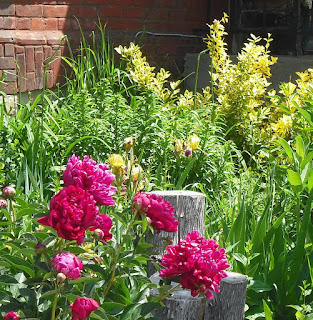 Some of you may be sick of another political article from me.  I apologize as I had not intended to blog about the American election quite this closely, but the results from last night's primaries have really narrowed the opportunities and I think very counter productive to the best interests of everyone.

Everyone knows that money makes a difference in an election.  But another element is communications that sometimes can overcome money.  When you combine big money and the main stream media it is hard to battle.

A few elections ago I became conscious of the power of the media.  The Democrat Howard Dean got off to a roaring start by being an early adopter of social media and raising money without relying on traditional big donors.  His platform appealed to a lot of people who paid attention.  However there were other contenders some of whom had greater name recognition and were able to tap into big money and he started to lose some of his lustre.  What really did him in was a screaming rant that was not intended for media exposure that nevertheless was caught on tape.  It was played it seemed almost every time his candidacy was discussed in the media.  He never recovered.

Undoubtedly the media has played a role in many elections, but I didn't notice because the issues weren't of big concern or my favourites got in anyway.  I worked in newspapers for about twenty years at a time when people were becoming conscious that newspaper ownership was becoming more concentrated.  Here in Canada one consequence was that fewer towns had a correspondent in Ottawa for their local paper and that seemed to affect voter turnout.   To get more details on newspapers and Canadian politics:  http://www.therealjohndavidson.com/2015/04/kill-messengers.html

The same process was well underway for television and radio.  In the U.S. it was discovered that profits could be made off news if it was packaged in a more entertaining way.  That meant sensationalism, short clips and punditry.  At the same time Americans have loosened laws regarding election spending to the point that many politicians have found fund raising a critical part of their re-election efforts leaving less time to actually do their job.

Big money is influential in countless ways.  Data analysis, transportation to hopscotch around the electoral districts, and advertising all cost money.  Much of that money comes with obligations and almost all of it with expectations.

In the last two decades alternatives have developed through social media.  This is where alternative ideas can reach the public, but even here big money has intruded.  Social media has become a platform for all sorts of ideas, some of hate.

All this to say is that I think the American public has been given a raw deal by the media.  There certainly is cause for anger amongst most people, but big money has had a lot of success in steering that anger.  In the not so distant past the media played a more significant role in informing voters.

After Obama won his historic victory back in 2008, many hoped he would be able to deal with the problems inherited such as the Iraq war and a major recession.  But others were upset that their world was changing in frightening ways.  Part of it was undeniably racist with Mexicans taking low level jobs away from Americans and of course a black man in charge.  A bigger problem was increasing inequality.  The truth is that some at the very top benefited from outsourcing jobs to other countries, from hiring cheap Mexican labour under the table and from laws that enabled them to keep more of their "hard earned" money.  As I understand it the Tea Party was at least partially motivated by the fact that most of the ones responsible for the financial disaster escaped with virtually no punishment.  Somehow that natural anger got diverted  to the awfulness of Obamacare, environmentalists and regulations hurting jobs plus terrorism.

The real cause of unhappiness is inequality.  An enabler of that is campaign finance laws (courtesy of big money influences).  Three realities we all have to face are automation, climate change and too much hate.  A lot of intelligent and educated people have an understanding of that, but they aren't enough to win elections.

Donald Trump has hosted a reality show and drawn a lot of fans.  People think he is tough and smart and to some degree I agree.  But I would add that it is all self serving.  I don't think that he really believes (or cares) that Obama was born in Kenya, but realized that that suggestion drew him a lot of attention and reinforced some negative views of many Americans.  He is very strong on some notions such as building a wall that will be paid for by Mexicans, slamming the door on Muslims and reviving torture, but is very vague about practical details.  Many of us don't really care about the details.  Lately his antics have been alarming, resulting in actual violence.  Many of his facts are unproven.  For my views of the consequences of torture:  http://www.therealjohndavidson.com/2014/12/torture.html

Mostly unseen by the media has been Bernie Sanders.  He doesn't fit in.  He is proud to call himself a "democratic socialist" which scares a lot of people (especially the 1%).  When he was drawing bigger audiences than most politicians he got very little media attention.  His explanations got even less coverage.  Those who heard his message really liked it, but more attention was given to the outrageous.  Donald Trump got more free media attention than all the other candidates put together, but yet he was seldom, if ever pinned down to a serious explanation.  Networks all prefer Trump's boisterousness to Bernie's explanations.

Bernie points out that the "corporate media" as he characterizes it, is most interested in the criticisms of his opponents (Donald Trump is famous for that) and social gossip.  They do not really get involved in important issues.  They benefit from an interest in the horse race aspects of an election.

Bernie is pointed out as a radical, but here in Canada many of his ideas are already taken for granted.  We already have and would fight to maintain a single payer healthcare system.  Our campaign finance laws could use some improvement (and more enforcement) but they are ahead of America.  Free tuition for qualified students to university has been done in other countries and could make a real difference to global competitiveness.  Climate change, although denied by special interests is gaining public acceptance and by refusing fossil fuels funds Bernie has credibility like no one else.  He has a long time record of human rights including some jail time.  He is not against military action, but was one of the few to vote against the Iraq War.  Having said all that he is also too boring for the networks.

Bernie does see the real problems Americans should be concerned about and has proved over a long period of time he is sincere.  Pretty much everyone else is very careful what they say to avoid offending their donors or their base.  He has mostly exercised good judgment sorting through what he thinks is best for everyone.  He is not just an idealist as he has quietly improved much legislation through amendments.

What is in the media's best interest is high ratings so they can charge more for advertising.  What is not in their best interests is challenging the 1%. The rest of us are losers.
Posted by John F Davidson at 1:21 PM